The Muslims Are Coming! contains a wealth of research into and analysis of particular cases of counter terrorist activity and interventions which can challenge the established orthodoxies prevailing on both sides of the Atlantic. Naaz Rashid finds that Arun Kundnani’s work should be required reading for officials and Ministers in the Home Office, Department of Communities & Local Government, the Department of Education, and the Department for Homeland Security, as well as for political commentators everywhere.

The Muslims Are Coming! Islamophobia, Extremism, and the Domestic War on Terror. Arun Kundnani. Verso. May 2014.

The issue of terrorism continues to dominate the news whether in relation to the allegations of extremism in Birmingham schools or the long term repercussions of young British Muslims going to fight in Syria and Iraq. What links these two stories is the common sense understanding about how people come to commit acts of terrorist violence. In his new book, The Muslims are Coming, Arun Kundnani’s primary focus is the ‘radicalization thesis’ which underpins the moral panics underlying both phenomena. That is, the idea that people become radicalised through exposure to ‘extremist’ ideologies which can then lead them to engage in acts of terrorism. Through his rigorously researched analysis of preventive counterterrorism measures in the UK and US, Kundnani skilfully and articulately deconstructs the central tenets of these dominant discourses regarding radicalisation and extremism.

Kundnani’s stated aims are to consider: firstly, how Islamic ideology has come to be regarded as the root cause of terrorism; and secondly, that acceptance of Muslims as citizens is predicated on them (us) distancing themselves from any particular set of ideological beliefs. He argues that “official and popular understandings of terrorism are more a matter of ideological projection and fantasy than of objective assessment.” (p. 17). He suggests that the events in both Boston and Woolwich fit the “current war on terror paradigm of young Muslim men becoming radicalised through their exposure to Islamist ideology”. This is despite the fact that in both instances, although not acting entirely alone, the perpetrators were amateurs with no connection to wider networks or terrorist cells.

The transatlantic comparison allows Kundnani to showcase his detailed scholarship of policies, both in theory and in practice, weaving together the continuities and parallels between each country’s experiences.  Common to both countries is the underlying belief in ‘the myth of radicalization’. As Kundnani writes, the term was little used prior to 2001, whereas by 2004 it “had acquired its new meaning of a psychological or theological process by which Muslims move toward extremist views”; so much so  that by 2010 over 100 articles on the topic were being published in peer-reviewed academic journals each year (p 119). Despite this wealth of research, however, Kundnani argues that the underlying ideological assumptions mean that radicalization scholars systematically fail to address the reality of the political conflicts they claim to understand.

Kundnani delineates the divergent histories of the UK and US’s respective Muslim populations in the context of very different, albeit occasionally intertwined, histories of (neo)imperialism, migration, and racial politics.  He goes on to suggest, however, that 2005 represented a watershed year in which the 7/7 bombings in London brought the UK into close alignment with the US.  As a result, the substantive historical, socio-political and demographic differences fell away and the UK and the US were united, not only in their ideologically inspired military encroachments, but also in their preventive counter terrorism measures against ‘home grown’ terrorism.

This is perhaps where it could be argued that the book’s weakness lies. Kundnani’s scrupulous attention to detail that so enriches his critique of the common sense logic regarding the relationship between radicalization and terrorism is absent in this analysis. If, as he argues, the fundamental flaw with the radicalization thesis is its failure to take into account the wider socio- and geo-political context within which such political violence occurs, then equally, in order to assess the outcome of policies based on it, the localised differences between and within the US and UK surely warrant more nuanced analysis. At times he does address US-specific contexts such as the more overt tactics of create and capture used there, which almost amounts to the entrapment of potential terrorists. He also writes a coruscating indictment of Obama’s term in office in which the militaristic jingoism of George Bush has become dangerously banal, bureaucratic, and routine, such that the practice and function of the anti-Muslim racism which has been fostered has rendered invisible “the violence of the US empire” (p 14). On balance, however, the differences between the two countries are flattened out and the differential country-specific impacts of such initiatives remain somewhat unexplored.

In the British context for example, the Prevent agenda cannot be assessed in isolation from the community cohesion agenda which preceded it and broader debates on multiculturalism and Britishness which foreground it.  An underexplored side effect of the Prevent agenda in the UK is its impact on ‘inter community’ relations given the particularities of the postcolonial British experience. Sikhs have not, for example, been widely ‘misrecognised’ as Muslims in the UK as they have in the US (where the ‘Don’t Freak I’m a Sikh’ campaign emerged). Similarly, it is not clear whether Sikhs in the US have been drawn to far-right groups premised on an anti-Muslim platform as has occurred in the case of the BNP and the EDL in the UK. Given Kundnani’s previous work for the anti-racist left organisation the Institute of Race Relations (IRR) as well as his earlier publications, such as The End of Tolerance and Spooked! – his analysis of such differences would undoubtedly have been astute.

Furthermore, the book does not situate the radicalisation debate in relation to the wider cultural pathologisation of Muslims in both countries as well as across the globe, for example, in relation to Muslim women, and the way in which these discourses are so heavily gendered.

Nonetheless, given the virulent tenacity with which the violent extremism/radicalisation/counterterrorism discourse matrix permeates the public policy imaginary, in spite of little evidence to support the conceptual framework which underlies it, the book is a very timely intervention. Kundnani draws on a wide range of material to support his case, ranging from the work of Arendt to the analysis of populist representations of terrorism in TV series such as Homeland and South Park. There is also a wealth of research into and analysis of particular cases of counter terrorist activity and interventions which can challenge the established orthodoxies prevailing on both sides of the Atlantic (although these in depth examples might have benefitted from a more conventional bibliography and index). The Muslims are Coming should be required reading for officials and Ministers in the Home Office, Department of Communities & Local Government, the Department of Education, and the Department for Homeland Security, as well as for political commentators everywhere. However, for those engaged in critical studies of the racialised (and gendered) politics of the war on terror, fewer examples and more critical, country-specific analysis of the impact of such measures would have been welcome.

Dr Naaz Rashid is currently a Research Associate in the Sociology Department at the University of Manchester.  She holds a PhD in Sociology from the London School of Economics and has published in Ethnic and Racial Studies as well as The Guardian and Open Democracy. Her research interests lie in the field of race, gender and religion and she has a background in policy. She is currently working on a book: Veiled Threats: Producing the Muslim Woman in Public and Policy Discourses in the UK. Read more reviews by Naaz. 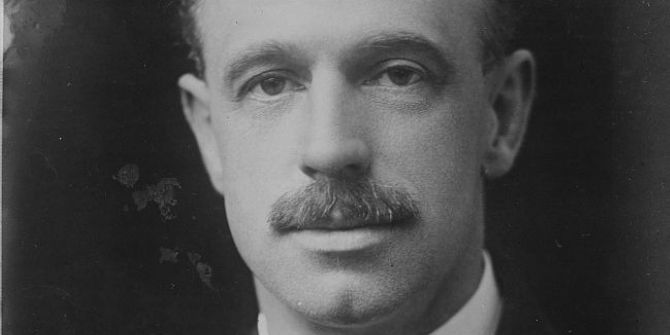 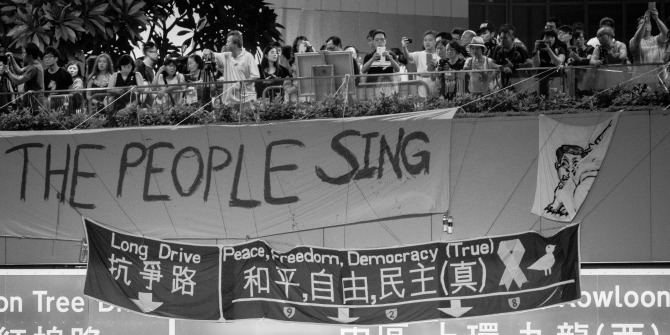