In The New Emperors, Kerry Brown covers key figures in China’s political system in an informed and engaging style. Stephen Minas recommends this book for students of Chinese politics and anyone who deals regularly with Chinese government or business.

The New Emperors: Power and the Princelings in China. Kerry Brown. IB Tauris. 2014.

How does power work in today’s China? Why does Xi Jinping occupy the Chinese Communist Party’s highest office while Bo Xilai, whose ‘Chongqing model’ of development once graced the covers of international magazines, sits in prison? These are the questions at the heart of The New Emperors: Power and the Princelings in China, a close study of the careers of China’s most powerful men by Kerry Brown.

Brown is director of the China Studies Centre at the University of Sydney and was previously a UK diplomat in China. He is an informed and engaging expert with admirable access to Beijing policy circles.

Brown’s argument is that neither factions nor ‘princeling’ status (attributed to both Xi and Bo) explain the ‘fluidity and energy of relationships and how they are associated with different types of power’ in the Party. Finding ‘surprising’ diversity in the seven men of China’s ruling Politburo standing committee, Brown contends that the effective use of broader, less cohesive networks better explains their success. Ideology still plays an important role in this networking; ‘business and money’ are ever more important.

The first chapter examines the complex constellation of networks through which power is gained. The second chapter examines the process by which China’s current leaders were chosen on the ‘long and winding road’ to the 2012 party congress – maneuverings too complex to summarise here (suffice to say that Hu Jintao’s explanation to a curious child that he himself became China’s leader because ‘the people in the whole country elected me’ does not tell the full story). Chapter three examines the rise to power of current Party secretary Xi Jinping, and chapter four does the same with respect to premier Li Keqiang. Chapter five takes briefer looks at the other members of the standing committee. The final chapter examines the role of ideology in the careers of the leaders and in China’s power structure. Brown has relied primarily on Chinese language sources.

With China’s ‘high-level cadres’ – those holding ministerial rank and above – numbering just over two and a half thousand in 1998, the contest for influence and position within this group of people ‘smaller than most villages in Europe’ has attracted intense scrutiny and competing theories. In his chapter on ‘Power and the Politburo’, Brown argues that there is ‘more competition in the power market in China now that Maoist centralisation is gone’. This contest for power is characterised by a ‘liquidity of relations in modern China’, which Brown likens to ‘liquidity of capital in a market’. In making this argument, Brown builds on Michel Foucault’s conception of power as operating ‘more like a kind of energy, or a field of forces’, rather than being ‘fixed and ossified’. In such a system, the most successful figures are the ones with the broadest networks. Therefore, much political and policy work is actually concerned with strengthening or defending networks.

Brown’s primary case study for his conception of China’s power dynamics is Xi Jinping, who was elevated to Party secretary in 2012. Brown attributes his ultimate success to a number of factors, including the legacy of his father, Xi Zhongxun, who escaped association with extreme Leftism during the Cultural Revolution and was involved in the early successes of economic ‘reform and opening’. Xi’s military background is another factor. In sum, according to Brown, Xi is more extensively networked than his peers, has avoided entrenched alliances that could ‘pigeonhole’ him and has a shallow ‘negative network’ of ill-wishers. The contrast here is with Bo Xilai.

In the final chapter, on the role of ideology in elite politics, Brown adds a second analytical lens, that of ‘political purpose’, to his original narrative on networks. Brown contends that political theory remains an important field of contest in the intra-Party power game. This is partly explained by the Party’s culture of dialectic, with ‘either-or’ terms of debate enduring from Mao’s discourse on ‘contradictions’ to the present (hence, Wen Jiabao’s ‘Four Uns’ versus Wu Bangguo’s ‘Five No’s’). Brown detects in Xi Jinping’s writings and speeches a preoccupation with ‘broadly abstract, almost philosophical issues’. Xi has said that the Party will not succeed without theory and has emphasised the ‘moral responsibility’ of cadres.

Brown’s argument counters the popular view that while the Party remains organizationally Leninist, it has surrendered on ideology.Brown’s account accords with Kevin Rudd’s observation that Xi is a ‘party idealist’ who wants to ‘rehabilitate’ the Party as a ‘credible political institution – not just the deliverer of economic growth; nor simply the enforcer of public order’. In other words, to add more substance to the ‘social compact’ between rulers and ruled.

There is always a degree of risk in venturing to explain opaque systems (Brown quotes a 2011 ‘provisional eulogy’ for Jiang Zemin from Time which praised the former – but still very much alive and influential – leader for knowing ‘when to let go’). As Dai Qing, the writer, has commented, ‘everything we say about Xi Jinping is prefaced with “I guess” or “He might be”’. Such prefaces are no bad thing. For example, Brown rightly cautions that Xi’s ‘more approachable style and direct mode of expression … may mean very little’. It could just mean acceptance that the jargon-filled rhetoric associated with Hu Jintao was not an effective way of communicating. (As early as 2005, propaganda official Liu Yunshan complained that ‘many cadres, and particularly young ones, are not willing to watch our news reports, nor to read out [sic] theoretical articles, nor listen to our speeches’.)

So is Xi in fact China’s ‘new emperor’? (A title that would be about as welcome as being labeled ‘China’s Gorbachev’.) There is an emerging consensus that Xi is China’s most powerful leader since Deng Xiaoping but, as Brown illustrates, this preeminence is contingent on the networks that enabled the Party secretary to get to where he is. Professor Zheng Yongnian’s observation, quoted by Brown, that the Party itself has become a kind of ‘organisational emperor’ probably gets closer to the truth.

I recommend this book for students of Chinese politics and anyone who deals regularly with Chinese government or business. The media regularly uses shorthand descriptions like ‘princelings’ and ‘once-in-a-decade leadership transition’ when reporting on Beijing. This shorthand is necessary but can mislead. This book goes a long way toward explaining the complexity that it conceals. Brown describes having observed a ‘fierce, albeit polite’ debate among Chinese academics and officials over the voting system that would pick the new leaders. He reports how, at the Beidaihe summit ahead of the leadership transition, China’s ‘grand old former leaders’, long retired from their official positions, trumped decisions made lower down in the official Party hierarchy. The New Emperors effectively demonstrates how much is still to play for behind the edifice of China’s ‘institutionalized transition of power’.

Stephen Minas is a research associate with the Foreign Policy Centre, London and an honorary fellow of the Centre for International Mental Health, University of Melbourne. Stephen was previously an adviser in the Office of the Premier of the Australian state of Victoria and has also worked as a journalist and as a staffer for members of the Australian Parliament. Stephen holds an MSc in International Relations from the LSE, where he studied on a Graduate Merit Award, and Honours degrees in Law and History from the University of Melbourne. He tweets @StephenMinas. Read more reviews by Stephen. 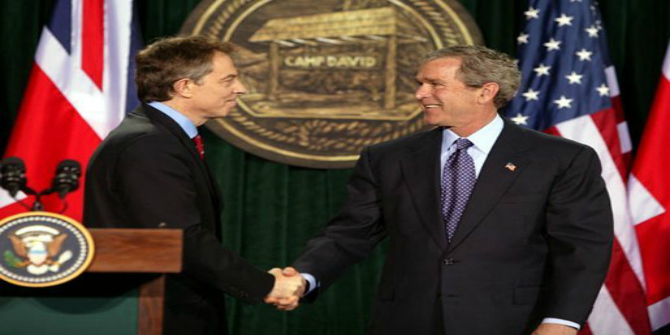 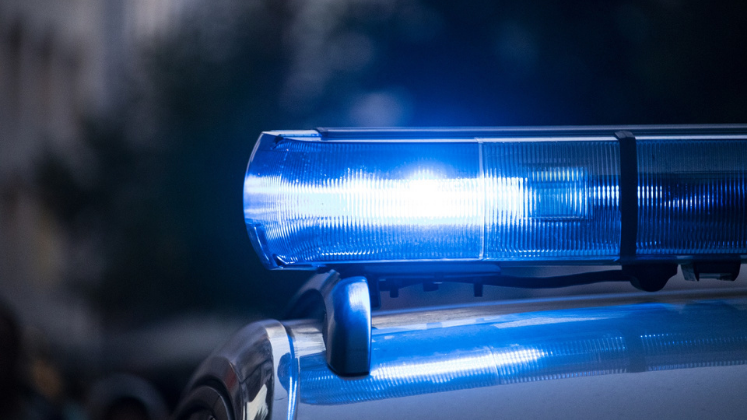