In acclaimed German novelist Hans Fallada’s memoir A Stranger in My Own Country: The 1944 Prison Diary, we are exposed to the author’s life under Nazi rule during his three month stay at Neustrelitz-Strelitz. Alexander Blanchard writes that ‘what makes this diary such a good read is the almost pig-headed eagerness with which Fallada … locks himself into a battle of attrition with the Nazi party, its petty dignitaries and scheming bureaucrats.’

“I lived the same life as everyone else,” claims Hans Fallada, “the life of ordinary people, the masses.” The claim is false on at least one account, as he tends to diminish his position. It may well have been that he “wasn’t the friend and confident of ministers and generals,” but there are a couple of occasions as part of his work on a propagandist film called Iron Gustav where he takes direct orders from Goebbels (named ‘the cripple’ by Fallada, on account of his club foot) to make the script more anti-Semitic. In fact, the writer finds himself having to deal with Goebbels and his propaganda ministry a lot more often than he was comfortable with, even at one point playing a pawn in a tug of power between Goebbels and Rosenberg. Compromising though this was it almost undoubtedly saved Fallada’s life, for when he was admitted to the Neustrelitz-Strelitz psychiatric facility for firing a gun during an argument with his wife, the need to complete Goebbels’s story became a strong pretext for escaping the noose.

Fallada’s diary of life under Nazi rule is a product of his three month stay at Neustrelitz-Strelitz. Sharing a cell with a murderer, a rapist, and a schizophrenic, provided with scant paper, using a complex pattern to hide his writing for fear of discovery, and working with what must have been a phenomenal rapidity, the Berlin writer documents the experiences of a ‘passive resister’ from the period of the burning of the Reichstag in 1933 to his own release in 1944.

In defiance of the gloomy circumstances it portrays, what makes this diary such a good read is the almost pig-headed eagerness with which Fallada, unlike the ‘ordinary’ person (and this is where the claim of Fallada’s with which I opened this review may be wrong on a second count), locks himself into a battle of attrition with the Nazi party, its petty dignitaries and scheming bureaucrats. The sense of this is conveyed by a friend who, after being told by a relief fund collector that he’ll, “never make a good National Socialist as long as [he] lives!”, retorts: “You’ve got it mate! I won’t even make a bad National Socialist!” This quip is kept in mind by Fallada throughout the tribulations of the next few years, and he admits that it gives him much support.

The battle of attrition begins straight away. After being heard making jokes at the Fuhrer’s expense, a posse of Brown Shirt thugs arrive at Fallada’s house to make his arrest. On the drive out of the village the car pulls over in a baron forest and Fallada is asked to step out. Thoughts of a headline he once saw, ‘Shot Whilst Trying to Escape’, run through his mind and an altercation ensues in which Fallada refuses to get out of the car. It is clear that he was meant to be killed at this spot, shot and buried in the woods. But he clings to the seat of the car: “I am not getting out of this car!…If you want to shoot me, you’ll have to do it in the car! And even if the seats are all torn and ripped, people will see it!”

These actions no doubt entail a certain bravery, but throughout much of the diary one is left with the impression that Fallada’s bravery, his personal defiance of the Nazis, comes more from a naïve obstinacy than from heroic intent. He is forever telling himself that “it won’t be that bad,” that he and his friends should go unaffected because they “are peace-loving citizens, [who] have never been politically active.” A couple of years into the regime Fallada bizarrely moves his whole family into a Jewish guest house since it isn’t ‘yet illegal’, and when out lunching with his publisher, Ernst Rowohlt, and they hear that the Reichstag is ablaze, he orders a taxi and exclaims to the whole restaurant: “we’re going to the Reichstag! We want to help Goring play with fire!” In fact Rowohlt is doubly as naïve as Fallada, at one point teaching his three-year-old daughter to make the communist salute – punishable by death – in response to ‘heil Hitler!’, purely as a practical joke on his wife. This naiveté also impairs Fallada’s political analysis, such as when puts the blame for the Nazis entirely on the post-WWI actions of Britain and France.

Whatever the significance in the everyday minutia of Fallada’s diary, whatever picture it paints, or lesson it gives, the work acts ultimately as an attempted justification at ‘inner emigration’. This was one part of the dilemma that characterised the position of 1930s German intellectuals as the Nazis rose to power: should I stay or should I go? For Thomas Mann the choice was clear enough when he argued that any books written in Germany between 1933 and 1945 were “less than worthless, and not the kind of things you want to pick up. The smell of blood and infamy clings to them. They should be pulped.” Frank Thiess’ riposte was that only those who had experienced life through Nazi Germany had a right to talk about German guilt, and that to remain was of greater moral courage than to leave and watch events unfold at a safe distance.

A resolution to the dilemma would seem to require the answer to a counterfactual conditional: did dissident artists remaining in Nazi Germany in some way mitigate the potential harms of the regime? So egregious were those harms, however, that this question seems facile. But even if we cannot fully justify inner emigration we can at least find commendation in places. Writers like Ricarda Huch and Ernst Barlack, for example, took a highly public stand against the Nazis. What is so troubling about Fallada is this lack of public stance. He rails and rants against the Nazis in the privacy of his home, his social circles, and his diary; but what use is this? He says he refuses to “commit suicide cheered on by a bunch of émigrés”, and refuses to, “enjoy a false happiness in some other country,” and would rather ‘perish’ with this “unfortunate but blessed nation.” If all those that had thought such thoughts in private had acted on them in public there might have been a little less perishing.

Fallada paid a high price for staying in Germany, which is undeniable. But reading his testament to these struggles – his diary – I am perpetually asking three questions: Firstly, did Fallada do enough in his personal life? Certainly. Secondly, did he do enough as a public writer? Certainly not. And thirdly, could he have done more, given his position? The Nazi system thrived largely because ordinary people like Fallada were only prepared to answer this last question in the negative.

Posted In: Europe and Neighbourhoods | History 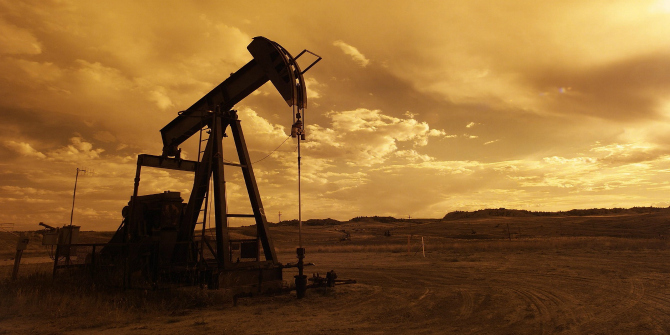