The Sociologist and the Historian marks the first English-language publication of conversations held between the sociologist Pierre Bourdieu and the historian Roger Chartier in 1988, which focused particularly on the disciplines of history and sociology. Canan Bolel praises the collection for offering a frequently witty and engaging insight into the relationship between sociological and historical practice and the construction of academic knowledge. 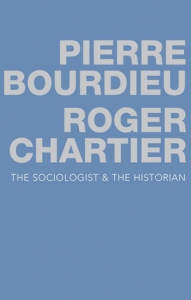 In 1988, the eminent sociologist Pierre Bourdieu and the notable historian Roger Chartier met for a series of talks that were subsequently broadcast on French radio. Transcripts of these fascinating conversations have been compiled for the first time in English this year by Polity Press in The Sociologist and the Historian.

The book is as much an interpretation of the associations between the practices of history and sociology as it is a questioning of the arguments at the heart of academia over interdisciplinarity. With the help of Chartier’s interview skills, this book bridges disciplinary margins and has much to suggest to scholars of the social sciences. Through this novel document that reviews the strains which have existed since the 1960s, Bourdieu and Chartier progress beyond essentialist analogies of disciplines in this provocative approach.

‘Sociology is plebeian’, says Bourdieu, using Cicero’s vocabulary in the first chapter. It is plebeian since it sits at the bottom in the hierarchy of the sciences in speaking more of the people. As follows, sociology is upsetting due to this constant questioning of society and the individual, and therefore not always easy to live with. Although the work of a sociologist offers mechanisms of self-defence against what is enforced by the natural order of things, there is a price to be paid for that. The price is a ‘painful schizophrenia’. The subject who processes knowledge is at the same time part of the object to be known, which complicates the division of oneself. Bourdieu confesses that he was also haunted by this ‘schizophrenic delusion’.

Admitting that all of his friends are historians, Bourdieu’s criticism of history is biting, yet also extremely witty. His critique centres on two subjects related to the underlying ontological and epistemological issues of the discipline. Firstly, Bourdieu objects to historians’ naivety and unreasonable universalisation of their categories of analysis. Secondly, he criticises their failure to question the social and historical construction of classifications that historians have taken as natural objects. He adds that the very categories with which the historic object is constructed should be the objects of historical analysis. On top of that, Bourdieu insists that historians are doing this consciously to ‘seem modern or to make their work interesting’.

‘The distance in time has a virtue of neutralizing’, says Bourdieu, as he argues that history has a consoling influence, contrary to sociology’s insubordinate nature. According to this narrative, historians unfortunately permit themselves to take many things as self-evident as they reveal liaisons and see these hidden relationships as discoveries. Yet, Bourdieu agrees with Chartier when he claims that historians are now also confronted with what appear to be self-evident categories. Nevertheless, as a sociologist, he confidently states, ‘We are always walking on hot coals. And the things we discuss are alive, they are not dead and buried.’ Other than the typification of sociologists as the ‘Power Rangers’ of academia, I have questions regarding who are to be included amongst ‘We, the sociologists’ according to Bourdieu since it is obvious that he is very picky. Despite the multidisciplinary approach taken both by Bourdieu and Chartier, The Sociologist and the Historian clearly indicates that there is a separation between the scientific endeavour made by the historian and by the sociologist. This runs surprisingly parallel to the sacralisation of interdisciplinary ideals in theory and their failure in practice.

I would like to share my favorite Bourdieu anecdote from the book. No offence historians! (All my friends are historians):

This is clear even at the level of bookshop sales: it is hard to imagine offering sets of sociology books for Christmas presents, it would be quite unthinkable. I say this without being in the slightest degree aggressive: it is likely that, if I were a historian, I too would take part in the production of Christmas presents.

It is the permanent lucidity of sociology that bothers Bourdieu. History as a discipline is not subject to the permanent test that the sociologist suffers everyday, having constantly to justify their existence: ‘A historian has a right to exist, whereas a sociologist…’ Looking on the bright side, this underlying anxiety makes sociology more scientifically dynamic.

In the second chapter, Bourdieu and Chartier continue their discussion by addressing the role attributed to intellectuals in contemporary academia. Living under the shadow of the ‘total intellectual’ Jean-Paul Sartre as the prophet, Bourdieu claims that their generation is tired of this totalising role and, he adds, ‘no one can answer everything anymore’. Bourdieu passionately calls for less self-mystification by intellectuals.

What good is the sociologist as an intellectual then? ‘The Sociologist teaches a symbolic judo’, says Bourdieu, as an instrument of self-defence against symbolic aggression. Sounds utopian? ‘There is a place for rational utopianism’, he adds, within the limits of the possible. Suffering would be attenuated, even transformed or abolished, if there was transparency in public scholarship. ‘We have to substitute for this messianic illusion rational hopes that are completely moderate, which are often discredited as reformist, as compromises, etc.’ Personally I find this argument intellectually productive and amusing, especially coming from Bourdieu. The road map for the abandonment of messianic hopes in the context of the ‘Death of the Humanities’ is another discussion worthy of comprehensive analysis.

‘You can’t find the true role of the state if you start with the state’, says Chartier, and adds, ‘how fields function must be known’. The basis of the fourth chapter rests on two fundamental concepts of Bourdieuian theory: the field – what Bourdieu meant by social space – and habitus – the incorporation of the social field by the individual. These two theoretical tools aid in understanding the process of the state becoming the site of a meta-struggle about power. Although he has often been misread as an ahistorical theorist, Bourdieu’s theories can work well with in-depth historical analyses through careful utilisation of these two terms.

The fifth chapter focuses on Bourdieu’s late proposed study of Gustave Flaubert and Claude Manet and the crystallisation of the aesthetic, literary and pictorial fields through a comparison of literary and sociological writing. Bourdieu argues that the sociologist is intolerable as he says things without putting them en forme, whilst novelists put them in acceptable form as they place reality at a distance. ‘Aren’t there moments when you would like to be Flaubert?,’ asks Chartier. Bourdieu prefers the charm of playing with fire as a sociologist.

The Sociologist and the Historian delivers more than what it promises. It offers an insight into the nuanced relationship between the fields of sociology and history, the construction of academic knowledge and the ageing of a scholar. ‘I believe that they can’t understand me because they don’t want to understand me.’ If you want to understand Bourdieu, these transcriptions will let you delve into Bourdieuian theory in a fun way. Thus, this book will be read with interest by anyone curious about the generation of meaning in academia.

Canan Bolel has a Masters degree in Sociology from London School of Economics and Political Science. Currently, Canan is a PhD student in the Near and Middle Eastern Studies Program at the University of Washington. Her research examines the formations of urban identity and the sense of belonging in Mediterranean port cities of the Ottoman Empire. 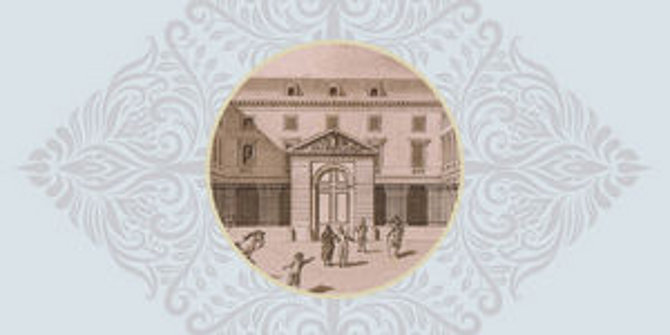 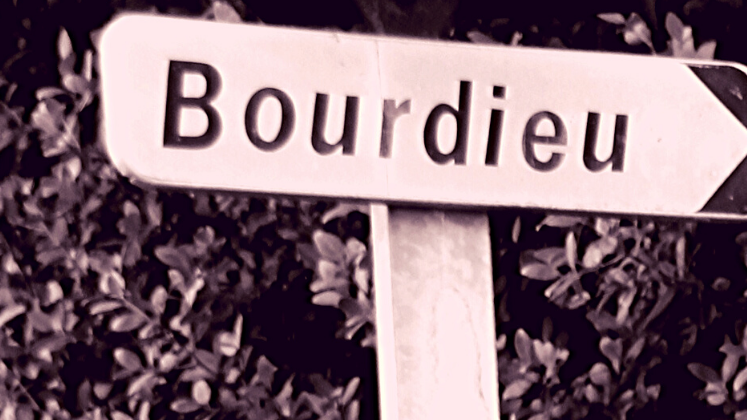