In Roads: An Anthropology of Infrastructure and Expertise, Penny Harvey and Hannah Knox not only show why roads matter, but also attend to the material processes that bring roads into being through two South American case studies. Luke Heslop praises this book for showing how attention to the complexities of infrastructure projects sheds new light on the parameters of ‘the political’ as it is typically understood. 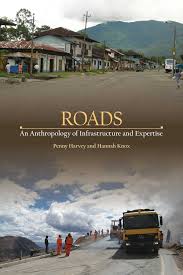 I didn’t make it to Denver this year for the annual meeting of the American Anthropological Association (AAA). Had I, I could have enjoyed no less than seventy-eight papers dedicated to ‘infrastructure’ – perhaps presented to John Denver’s ‘Country Roads’ (1971). I did, however, make it to Manchester for the Group for Debates in Anthropological Theory (#GDAT2015), which took the theme of ‘infrastructure’ as its central focus. Anthropological scholarship that concerns how and why things get built is undeniably in vogue, making Penny Harvey and Hannah Knox’s Roads: An Anthropology of Infrastructure and Expertise a welcome and timely publication indeed.

Harvey and Knox not only show why roads matter, but also vividly illustrate how roads come to matter: that is, the material processes that bring a road to form, and the ways in which they excite the imaginations of people whose worlds they trace through and invariably those they don’t. The book sets out to address two central questions: what can large public infrastructure tell us about contemporary state formation? And how do the politics of the technical relations of infrastructure projects reveal and reproduce the form of ‘the political’? To answer these questions, the authors trace the development of two large transport infrastructure projects: a road from the Brazilian hinterland to the Peruvian coast, and a one hundred kilometre stretch of highway running from the city of Iquitos to a small town in the northern Peruvian Amazon.

The main finding of the book is that infrastructures are as unstable and unruly as the environments on which they are constructed. Contra Bruno Latour’s depiction of labs as spaces, where materials are ‘gridded’ into relations with one another, ethnographic attention paid to road engineers reveals a much more dynamic and aesthetic process whereby technicians made ‘new relations with materials as much as they ended up “gridding” them’ (94). Harvey and Knox give a fascinating insight into how, through experimentation and ingenuity, engineers produce ‘stable and useful fictions’ (107) that bring large infrastructural projects to fruition. 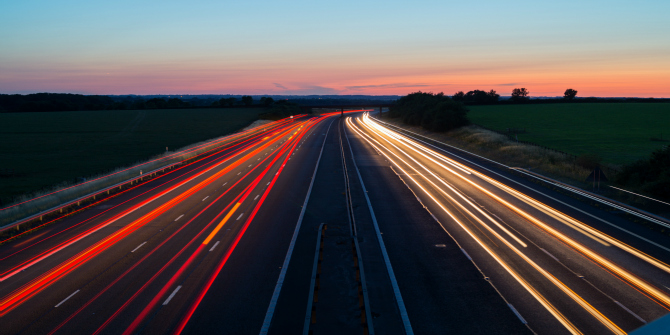 Roads deals with theoretical issues that are ubiquitous and transcend any specific place, exploring, for example, ‘the social dynamics of material relations alongside the material dynamics of social relations’ (206). Nevertheless, the opening chapters do well to situate the study in the context of Peru’s large frontier economy comprised of ‘scrappy bits of land with contested histories’ (15). Particularly striking here is the Interoceanic Highway, which, in running to the Brazilian border, requires conceptualising the road in the context of specifically Peruvian notions of development, Peruvian modernity and a Peruvian response to the global economy as embodied by a road cutting through the hinterland.

Harvey and Knox’s focus in the middle section turns to the small-‘p’ politics of technical relations, inviting the reader into the professional worlds of engineers, human resource managers and rather unsympathetic health and safety enforcers. Ethnographic description of the procedures and norms, forms and guidelines that define their practice illustrates well how the politics of expertise is enacted not through opposing beliefs, but rather through everyday onsite relations between people and things, demonstrating how clipboards, test tubes, scales, charts and regulations become constitutive of political power.

Somewhat less satisfying was the chapter on ‘Corruption and Public Works’. Harvey and Knox deal with corruption, perhaps sensibly, at the level of discourse, analysing rumour and hearsay ‘to understand the ubiquity and the energy of corruption stories, their capacity to circulate and to fascinate’ (137). Corruption looms behind every infrastructure project. The view we are given here is the perception of corruption from the bottom-up. It would have been fascinating to learn more – without falling into the realm of investigative journalism – about perceptions of corruption at the very top of the infrastructure food chain.

A particular strength of the book is its ability to bring the relationships between people and materials to bear on questions about the state. A large ‘public works’ project involving negotiation between corporations, the state and local people taps into key concerns about the notion of ownership over the very materials that are produced and used in the process of production. Behind the complex multi-levelled process of provisioning roads is an equally complex and ever-changing differentiation between notions of the ‘public’ and the ‘private’ in Peru.

The sheer scale of the research that informs the book is also impressive. The authors offer a view from roadside laboratories where engineers sieve mud and roll plasticine –  where ‘the real work of learning to be a construction engineer took place’ (91) – as well as from government offices, boardrooms, health and safety briefings and clandestine rendezvous with conspiracy theorists. For Harvey in particular, the study builds on decades of work in the region. Roads has emerged through discussions with an impressive range of informants: environmentalists, community relations managers of construction consortiums, peasant farmers, taxi drivers, traders, migrant workers, loiterers and the quintessential ‘wise old man’. Importantly, the research foregrounds the multitude of voices and their mutual implications in the construction of a road without entrenching an obvious opposition between ‘local knowledge’ and technical ‘expertise’.  Rather, it asks:

‘how an equivalent analytic interest in material relations ends up on the one hand with ghosts and on the other with mathematics […] as a specific means of engaging and intervening in relations with unruly and uncertain material worlds’ (82).

One of the many valuable things about this book is its attention to the unboundedness and unintended effects of infrastructural projects. Infrastructure, we learn, is intrinsically disjunctive, thus it is served well by the ethnographic method, which characteristically draws together voices and processes at numerous registers over time. Projects can fall apart and take on new meaning along the way. This, of course, is entirely the point. Moments of breakdown, when things have to be fixed and smoothed over, are moments of reveal, when questions begin to be asked ‘about where infrastructures have come from, who they are for, and what social effects they might be expected to have’ (166).

It was a disappointing result for Harvey and Knox at the Manchester debate I attended, where attention to infrastructure was deemed not to offer a welcome reconfiguration of anthropological approaches to the political, albeit by a small majority. Perhaps the voters were yet to read Roads, in which the art of making something look possible, brought to life through Harvey and Knox’s ambitious and vivid ethnography, undoubtedly enriches analysis of the infrastructure of ‘the political’ itself.

Roads is a critical and stimulating addition to an expanding field of anthropological studies of infrastructure and expertise. This is an exemplary text for current research on infrastructure that would sit nicely on the shelf, tucked between James Ferguson’s The Anti-Politics Machine: Development, Depoliticization and Bureaucratic Power in Lesotho (1990) and Timothy Mitchell’s Rule of Experts: Egypt, Techno-Politics, Modernity (2002).

Luke Heslop is a Postdoctoral Research Fellow in the department of Social Anthropology at the University of Edinburgh. He is currently working on an ERC-funded research project entitled ‘Roads and the Politics of Thought: Ethnographic Approaches to Infrastructure Development in South Asia’, focusing on connective infrastructure in the Maldives archipelago. You can follow him on Twitter @LAHeslop.