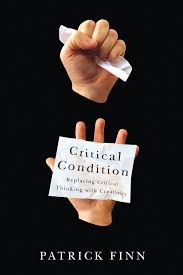 I want to begin by thanking LSE Review of Books for reviewing my book. The LSE is one of the world’s most influential centres of thought, and LSE RB brings attention to important issues, including the ones I study. Thanks as well to Jodie Matthews for taking up the challenge of reviewing a book that makes that work particularly difficult.

When I was writing Critical Condition: Replacing Critical Thinking with Creativity, my editors and colleagues joined me in trying to open a conversation in a different way. The book offers itself as a thought experiment. Its central purpose is to explore the question, ‘is the way we teach critical thinking serving our best intentions?’ It is important to note that the book does not study critical theory, which is a different practice often confused with critical thinking.

When constructing the book, I tried to write to include everyone working on university campuses, and anyone interested in their work. In a section discussing interdisciplinary writing, the book points out that often such approaches only connect disciplines within closely related fields. To be fully interdisciplinary, this book attempts to be more generally accessible.

In order to find a tone for the conversation, I tried to remain on common ground, but supported the approach with questions to generate discussion. In the final chapter, I speculate about next steps in order to honour the social contract inviting us to provide possible explanations for the questions we raise. The examples in the book were selected for their familiarity. Bill Clinton’s discussion of his inability to respond to the Rwandan genocide as the greatest regret of his presidency is one such example. For Clinton, that inability did not come from Rwanda or his extra-marital activities, but from the impeachment process.

The book is a short, easy read. It was not a short and easy book to write. It benefited from extra reviewers from multiple disciplines in order to test its ideas and approach. I repeatedly pared back detail that might exclude readers. In its chapters, I attempt to show possible pathways raised by the issues. I built a bibliography to support the background, but did not give detailed analyses of individual areas that might suggest expertise beyond my own.

My doctoral training was in textual studies, criticism and critical theory, and was later followed by a second terminal degree in the fine arts involving creativity. The book mentions a number of areas of study, but only as a means of inviting questions from readers. General postulates such as ‘how might we trace these issues historically?’ were offered using commonly shared ideas. One example is the reflection on Plato’s response to the state’s conviction of his mentor Socrates. Rather than a specific reading, I mention a discussion passed down through scholars such as Alexander Nehamas, who is widely known. Broader inclusions are offered as general knowledge and not as a suggestion that there is any historical inevitability to what happened with critical thinking. As someone working in the humanities and fine arts, I am familiar with these conversations because they are often engaged when trying to explain Plato’s approach to artists in his ideal society. It may well be that I overestimated the reach of those ideas. 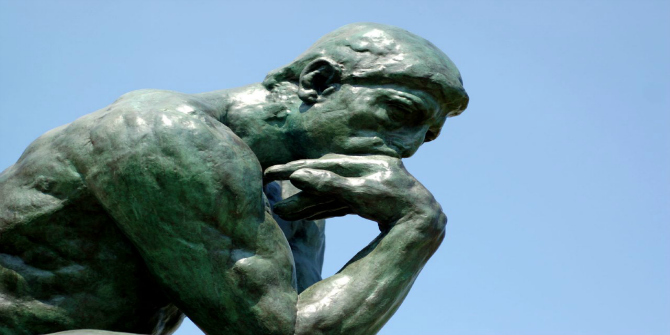 In order to draw attention to the negative connotations associated with critical thinking, the book touches down in areas within my field. Tracing the etymology of the words ‘critical’, ‘criticism’ and, most particularly, ‘critical thinking’, the majority of the definitions is pejorative. In English, which is a use-based language, this evidence is telling. Extending the study to textbooks dedicated to critical thinking, we find another interesting set of conditions. In my review of those offerings, I suggest that most books seem to feature two components: firstly, critical thinking textbooks give an introduction explaining why the evidence from our dictionaries is wrong; and, secondly, they include a set of chapters with streamlined versions of introductory logic.

Picking up on this latter point, the book suggests that the types of things we want from critical thinking might be better served by an expansion of philosophy departments and specialised training in related areas, and a move away from ‘critical thinking’ as an under-defined concept that lives within many disciplines, but lacks shared protocols.

The book admits that my proposal to replace critical with creative thinking is a playful offer designed to open conversation. As the book explains, creative work always involves a critical component. Creativity, in its definitions in dictionaries and textbooks, involves ‘the creation of something new that has value’. The nature and extent of newness and value will always be up for discussion, but I believe we can agree that the central mission of the university concerns the creation of new knowledge that has value. A greater emphasis on creativity honours that mission.

My concern about aggressive language is relatively straightforward and not particularly new. I ask the question like this: ‘if we spend most of our time working from a place of suspicion, does the tone we repeatedly use have an influence on us?’ Would an approach that more directly focused on the hospitable aspects of communication offer something different? These questions are too large for any one answer, and as the book points out, it would be impossible for one person to respond for the whole academy. In the end, all I can do is hope that others will be interested in asking, ‘should we collectively reflect on what critical thinking is, given that we seem to universally advocate for its inclusion in curricula?’ Even if one rejects my categories of open, loving, or creative thinking, might not critical thinking itself demand such reflection?

My book is intended as an opportunity for a broad discussion across areas of expertise. The fact that LSE Review of Books has taken up the conversation supports my hope for a productive future for this discussion.

Patrick Finn is Associate Professor in The School of Creative and Performing Arts at the University of Calgary and founding Artistic Director of the Theatre Lab Performance Institute. His primary interest is in performance with an emphasis on technology, where technology can be anything from alphabets and physical movement to computer programming. His next book is Inviting Texts, a study of the history of information technology and the nature of meaning framed by the technological shifts from manuscript to print, and print to digital.

Note: This response gives the views of the author, and not the position of the LSE Review of Books blog, or of the London School of Economics.

Posted In: Higher Ed | Methods and Research | Philosophy and Religion 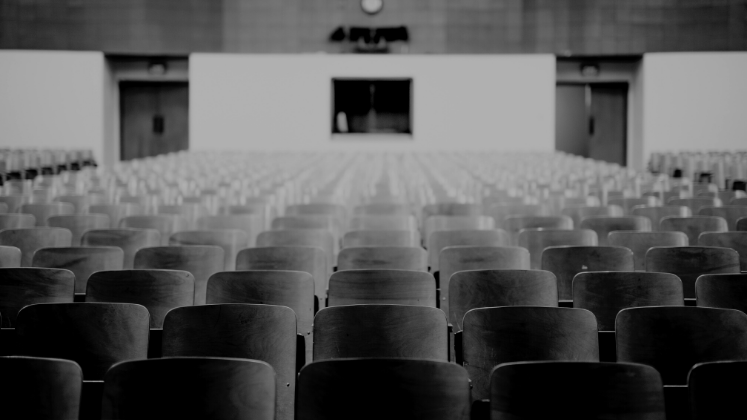