In Who is Charlie? Xenophobia and the New Middle Class, Emmanuel Todd presents his controversial reading of the ‘Je Suis Charlie’ protests of January 2015. For Todd, the protests were primarily mobilised by an elitist bloc within French society that has tolerated deep-rooted structures of economic and social inequality. While Andrew McCracken highlights the significant methodological weaknesses that leave Todd’s analysis ultimately flawed and unconvincing, he concurrently points towards some of its more suggestive insights.

Who is Charlie? Xenophobia and the New Middle Class. Emmanuel Todd (trans. by Andrew Brown). Polity. 2015. 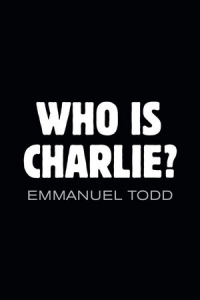 On 11 January 2015, millions of people took part in marches held across France in reaction to the killings in Paris earlier that week. One sign – three words in white text on a black background – was ubiquitous in France and across the Western world. Were you Charlie?

In this controversial book, French academic Emmanuel Todd argues that those who did claim être Charlie had fallen victim to an outbreak of ‘mass hysteria’ that was exploited by the French establishment. He further claims that, for France, the protests represented a ‘historic turning point’ as the state turned ‘an image of Muhammad depicted as a prick into a sacred image’. Todd goes on:

Repetitive and systematic blasphemy against Muhammad, the central character in the religion of a group that is weak and discriminated against, should – whatever the law courts have to say – be treated as an incitement to religious, ethnic or racial hatred.

Todd will have known that Who is Charlie? would create controversy. He could not have predicted that the French Prime Minister, Manuel Valls, would take to the pages of Le Monde to denounce it (though Valls should have known that all he would achieve was higher sales for Todd and his publisher). Acknowledging that Who is Charlie? was written hurriedly, Todd describes himself as ‘a Frenchman exasperated with his own society’. Perhaps unsurprisingly then, for much of the book the reader is left with the palpable feeling that here is an author with a lot to get off his chest.

Like Will Self, Britain’s own iconoclastic public intellectual and opponent of Charlie Hebdo’s cartoons, much of Todd’s ire towards the protests is rooted in his contention that the right to blasphemy – though absolute – should be used discerningly: ‘It is pointless and cowardly to blaspheme against the religion of a dominated group.’ Interestingly, however, some of Todd’s other views will not be welcomed by all French Muslims – he supports the ban of the headscarf in French schools, for example.

Todd does not countenance the idea that most protestors were motivated by a desire to defy the killers by asserting that Islamist extremists will not dictate the boundaries of public discourse within a Western European state. He cites Emile Durkheim’s contention that sociology begins to be a science when it accepts that human beings are driven by social forces that transcend them. While Durkheim’s conceit is a valid enough manifesto for sociology, in using it as the basis for his analysis of the protests, Todd frustratingly sets up his theories as unfalsifiable and justifies a lack of interest in participant testimony.

Who is Charlie? argues that accepting the terrorists’ religious framing of their crimes was a mistake. The 11 January demonstrations risked ‘glorifying the Kouachi brothers, conferring an ideological meaning on an act that should have been given its true and lesser worth by a psychiatric-style interpretation’.  And yet – satisfying though it is to deny the killers their ideology – it is increasingly pointless to disagree that this nihilistic belief system has seduced thousands around the world. Subsequent events in Paris and elsewhere have – if nothing else – shown the fallacy of denying that forces beyond the psychologies of individual perpetrators are at work. 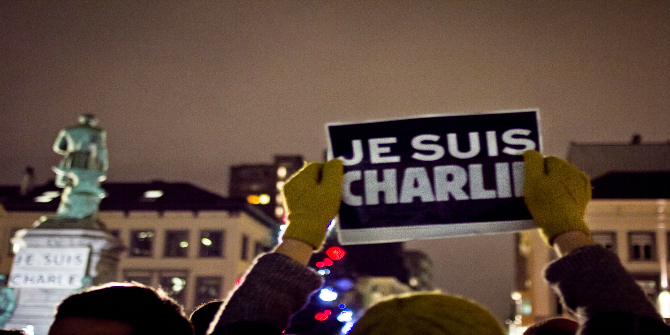 Fortunately Who is Charlie? does not continue in this vein for long. The book’s focus shifts from the protests to the forces Todd considers to have been represented by Charlie’s defenders. Citing various statistics, Todd claims that the Je Suis Charlie crowds, while ‘far from unlikeable’, represented an establishment that loudly proclaims its belief in liberté but has little interest in égalité: ‘The Republic that was being defended was not a Republic of all citizens.’ For Todd, the protests were dominated and led by representatives of the hegemonic ‘MEZ’ bloc: comprising the Middle classes, the Elderly and ‘Zombie Catholics’. This latter term draws on Todd’s earlier work, in which he and Hervé Le Bras bisected French society into a liberal and egalitarian centre and an increasingly dominant periphery that is conservative, hierarchical and – until recently – Catholic.

At times, Who is Charlie? creaks under its methodological weaknesses. Todd claims sweeping explanatory powers for demographic surveys – indeed, no phenomenon is so complex that it cannot be explained by a simple sociological overview. The rise of Nazism in Germany and the failure of fascism in Britain are explained in single-sentence summaries of the countries’ discrepant religious beliefs and family structures.

Discussing the MEZ bloc – and in spite of all that he admires in its efforts to maintain French culture in the face of globalisation – Todd argues that it ‘accepts inequality whenever it suits it’, most critically in the form of the country’s ‘life-destroying unemployment rate’ (around 10%). From this, the reader is introduced, finally, to the real villain of Who is Charlie?: the European Union. For Todd, none of France’s systemic ills – including the establishment’s loss of interest in equality and the disenfranchisement of immigrant communities in the banlieues – can be addressed until it withdraws from the EU.

Who is Charlie? argues, as many have done previously, that the common market disproportionately benefits the established middle classes, while harming the prospects of the young and other socio-economically disadvantaged groups, including immigrant communities. For Todd, the MEZ is a new oligarchy, consisting not of a few dozen powerful families but of a ‘mass’ body, ‘defined by a higher educational level and acceptable incomes’. Yet Todd is not an economist, and that leaving the EU would return France back to the path of true Republicanism is a point of faith for this study rather than a thesis justified through economic argument.

Who is Charlie? is not without its merits, and the outcry triggered by its publication in France has perhaps encouraged a more thoughtful attitude in France regarding the country’s response to the killings. Todd asks the reader to consider why ‘the lower-class milieu were reduced to silence, as were the descendants of immigrants in the suburbs’. He reminds us that blame for the failure of an immigrant community to assimilate ‘always lies with the host society’.

He is rightly critical of Europe’s creeping Islamophobia, while also highlighting the re-emergence of anti-Semitism within both impoverished immigrant communities and Europe’s established populations. He also asks why the anti-Semitic aspects of the January killings were downplayed, while Charlie was lionised: ‘Problem number one in French society is not the attack on the freedom to draw caricatures […] but the spread of anti-Semitism in its suburbs.’

This strange book expresses a deeply flawed characterisation of the Je Suis Charlie protests and is riddled with unconvincing methodology and arguments. Yet Todd has managed to touch on something that has been largely ignored by other voices in the West. Rather than grimly committing to more bombing campaigns in the Middle East, as the West’s political leaders have done, or quoting Winston Churchill and likening themselves to Londoners living through the Blitz, as did Charlie Hebdo in an editorial following the November attacks, Todd would rather France focuses on reaching an accommodation with Islam. He argues that the religion’s egalitarian principles would find a natural home within French Republicanism, which would in turn be strengthened by its Muslim citizens. Refreshingly, Todd believes that this settlement should be pursued not due to charity or fear, but as an acknowledgement that Muslims and France will both be strengthened by such a union.

Andrew McCracken graduated from LSE in 2010 with an MSc in the Theory and History of International Relations. His academic interests include Chinese history, the international relations of East Asia and strategic studies. He has studied and worked in China and currently works for a global risk management and investigations company in Hong Kong. He tweets @mccrackenad. Read more reviews by Andrew McCracken.

Posted In: Africa and the Middle East | Contributions from LSE Alumni | Europe and Neighbourhoods | Law and Human Rights | Philosophy and Religion | Politics | Sociology/Anthropology 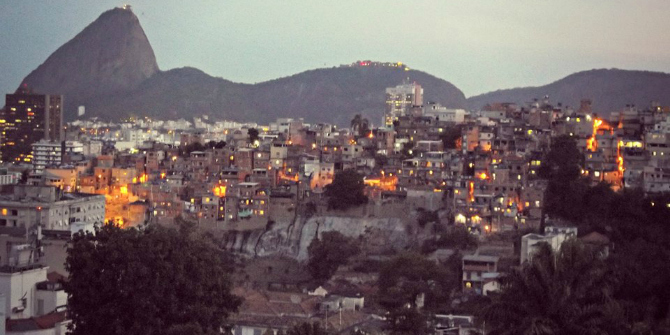 The best bookshops in Rio and São Paulo