While many histories of the Cuban Revolution focus on Che Guevara, Fidel Castro and Celia Sánchez, in her new book Margaret Randall turns her attention to a central, yet lesser-known, figure. Haydée Santamaría, Cuban Revolutionary: She Led By Transgression examines the life of this former revolutionary, weaving together the author’s experiences and memories as well as biographical details and interviews. Katherine Bailey praises this work for its beauty and clarity, offering a deeply personal portrait that will also be of interest to those studying Cuba pre- and post-Revolution.

This book review has been translated into Spanish by Sacha Magee and Tsz Ling Wong (Spanish LN785, teacher Esteban Lozano) as part of the LSE Reviews in Translation project, a collaboration between LSE Language Centre and LSE Review of Books. Please scroll down to read this translation or click here. 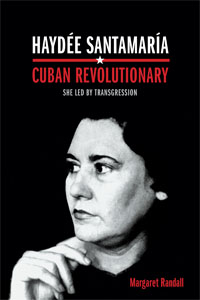 Haydée Santamaría was a central figure in the Cuban Revolution, and yet she remains one of the lesser-known individuals involved in this historic and momentous event. In Haydée Santamaría, Cuban Revolutionary: She Led by Transgression, Margaret Randall attempts to – and I believe largely succeeds in – providing a detailed and well-rounded examination of this former revolutionary. Other books and articles have only touched on certain aspects of Santamaría’s life or her suicide in 1980; as Randall herself notes, these texts range from extremely partial to frustratingly superficial. Haydée Santamaría, Cuban Revolutionary delves deftly into an extraordinary life, tying in the author’s own experiences and memories of Santamaría with biographical facts and interviews to present a detailed, yet personal history that speaks not only of the successes of the Revolution, but also the personal impact that such upheaval can bring. Alongside these reflections on Santamaría, the reader is also provided with various insights into the culture of Cuba during both the pre- and post-revolutionary periods. That Randall lived in Cuba for a number of years, and returned in 2014 to conduct research for this book, is evident through the confidence and conviction with which she discusses everyday life in Cuba.

The book begins with a brief overview of the Cuban Revolution (1953-59), charting its beginnings and rise to success, and identifying other key individuals operating at this time: namely Che Guevara, Celia Sánchez and Fidel Castro. It then moves on to focus on Santamaría herself and the author’s motivations for writing the book. The text as a whole adheres to the chronology of events, so it is easy for readers with little knowledge of the Revolution to comprehend how it developed and succeeded, as well as to understand Santamaría’s role within it.

Arguably one of the most significant events that Santamaría took part in was the attack on the Moncada barracks in July 1953: hundreds of revolutionaries, including both Santamaría’s brother and her partner, were murdered during this attack, and many more were imprisoned. Santamaría had helped to plan and organise it, and she fought on the attack’s front lines; when captured, she was shown her brother’s eye and her lover’s testicle in an attempt to force her to divulge information about the movement. Instead, Santamaría replied: ‘if you did that to them and they didn’t talk, much less will I!’ (10). In this section on Moncada, Randall’s use of testimonies are especially effective as they allow readers a real insight into both the personal cost of the attack, but also the determination to succeed that sprang from it. Although the rebels failed in their attempts to take control of the barracks and the adjoining buildings, Moncada is largely recognised as the event that started the Cuban Revolution: in the years following this attack popular support for the revolutionary movement grew in size by tens of thousands. The impact that this event had can be summarised by Santamaría herself:

‘whenever we talk about anything […] we tend to say: “that happened before”, or “that happened after”. And that before and that after are before Moncada and after Moncada. After Moncada we underwent a total transformation’ (62). 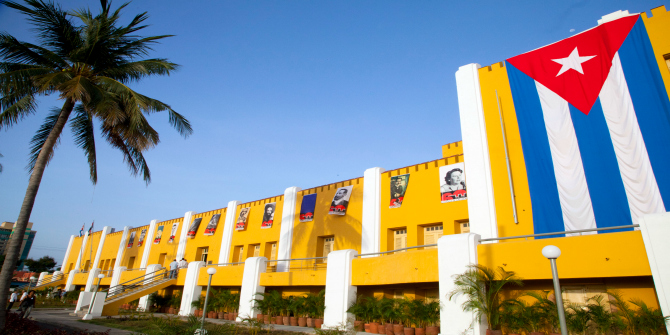 Randall also provides details of Santamaría’s childhood, her growing involvement in the Revolution (both before and after Moncada) and her work after the Revolution had succeeded, in particular at the Casa de las Américas; an institution that Santamaría founded, which continues to support and promote various art forms within Cuba. Randall writes of Santamaría: ‘She was passionate […] in her belief that art is the highest expression of revolutionary social change. At Casa de las Américas she created the perfect venue in which to demonstrate the role that art and culture can play in creating a new society’ (163). The institution that Santamaría built focused on inclusion: she extended interest to those who were marginalised in society and to artists (whatever art form they worked in) who were attempting something new, and offered them opportunities to develop their work. The photographs and letters that are included in this chapter of the book bring to life some of the vibrancy that one can imagine would have characterised this institution when Santamaría was present.

One aspect of Santamaría’s legacy that cannot be ignored when discussing her life and the memories that surround her is her suicide at age 57. There is some debate about why Santamaría took her own life and this is presented to an extent within the book, with both the author and those whom she interviewed suggesting reasons for this act. Randall discusses Santamaría’s suicide with a compassion that echoes her own feelings of grief at losing a friend, but she also allows space within her narrative for others who knew, or were related to, Santamaría to express their own feelings of anguish and also anger. Owing to this, the reader is given a realistic portrayal of both how influential a figure Santamaría was and how many she touched, as well as the impact that her death had. Although Randall confronts Santamaría’s suicide at the start of the book and indeed refers to it throughout, the life of Santamaría that is presented here is not dictated by the manner of her death: the focus of the book is on the life that she led and what she gave during this time. As Randall writes in the final sentences of her book: ‘the question shouldn’t be “why did she kill herself?” but “how did she manage to live so fully and for so long and give so much?”’ (193), and it is this impression of Haydée Santamaría that the reader takes away with them.

Margaret Randall has created an engaging book that invites the reader to share in her reflections on arguably one of the most influential, but lesser known, figures of the Cuban revolution. One of the first characteristics of this book that struck me upon reading it was the genuine warmth and admiration that was expressed towards its central figure, Haydée Santamaría. The affection and respect with which Randall discusses Santamaría cannot be overlooked as it is this tone and style that help to create such a personal portrait of this significant woman, and which encourage readers to read on, regardless of their prior knowledge of the Cuban Revolution. As Randall herself states in the introduction: ‘this is not a biography […] This is an impressionist portrait, written by a poet rather a historian’ (13). Although academic in nature, the book is remarkably accessible and written, as Randall suggests, with beauty as well as clarity in mind.

Kate Bailey is a PhD student in the History Department at Lancaster University, UK. Her research is currently examining the memorialisation of the ‘disappeared’ in Guatemala, looking at the use of street art, art exhibitions, museums and public events as forms of alternative memorial. Follow her on Twitter here: @KH_Bailey. 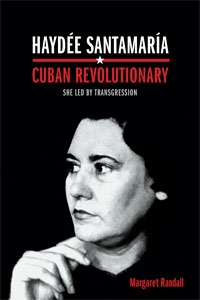