In The Biopolitics of Gender, Jemima Repo traces a genealogy of ‘gender’, arguing that it is not an inherently feminist term, but rather emerged historically from the study of intersex and transgender people in the fields of sexology and psychology in the 1950s and 1960s. Positioning gender as a historically located biopolitical apparatus, Repo therefore questions its utility for contemporary feminist theory and politics. Ankit Kumar finds this a highly useful book for those interested in feminist thought as well as biopower, and hopes for future dialogue with works from the Global South that can contribute to forging a wider genealogy of ‘gender’. 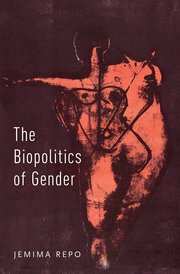 The Biopolitics of Gender has emerged as a compilation of Jemima Repo’s previous articles in the Alternatives: Global, Local, Political and Social Politics journals. A Lecturer in the Politics of Gender at Newcastle University in the UK, Repo has been conducting research on, and writing about, feminist political theory, biopolitics and gender and popular culture. She has two key goals in this book: first, to continue Michel Foucault’s biopolitical genealogy of sexuality; and second, to make a ‘critical intervention in feminist gender theory’. As a larger aim, Repo wants to ‘track and analyse the biopolitical deployments of gender across the west from the second half of the twentieth century to the present’.

In this review, I will pick two chapters focusing on these two issues. Chapter One traces the emergence of gender discourse, arguing that ‘gender originated as a new life-administering technology that did not replace but operated alongside the apparatus of sexuality’. Chapter Six offers a biopolitical critique of feminist theories, contending that ‘feminism and liberalism are entangled in a common genealogy of biopower’. This must be kept in mind for feminist politics to create new ideas and ‘challenge the conditions of sex and power in neoliberal modernity’.

Chapter One starts by explaining that gender as a ‘new apparatus of sexuality’ emerged as a result of an idea brought forward by Johns Hopkins University professor John Money (1921-2006): namely that ‘a person’s psychological sex was learned and did not necessarily arise from biological factors’. From here gender emerged as an apparatus that responded in moments of urgency to maintain ‘social and sexual order in post war America’. But how did this happen? In this first chapter Repo follows and critically analyses Money’s work to explain the emergence of gender as an apparatus.

The work of Money and his colleague John Hampson ‘radically changed the location of the truth of sex from residing in the genitals to being an outcome of a behavioural control system’. According to their argument, in case of a contradiction in biological sex variables, the ‘gender role […] almost always corresponded with […] reared sex’ – the gender role. Their renewed focus on the ‘hermaphrodite child’ led to the reproblematisation of the discourse of sexuality/sex, resulting in the emergence of gender as an instrument of management for the socialisation of children and the post-war nuclear family. 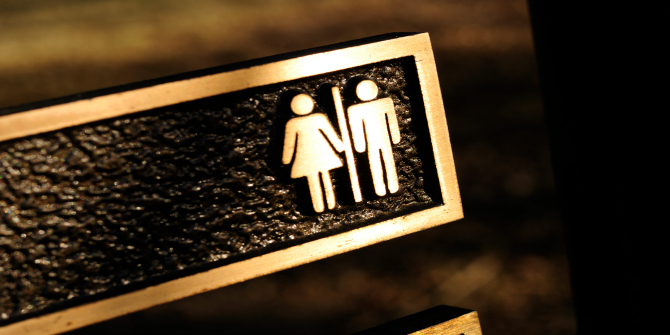 The idea of the ‘gender role’ made ‘cognition, stimuli, and the behavioural environment […] new tactical fields of gender’. These new fields reinforced the apparatus of sex and ‘began the process of intervention by ‘‘specialists’’ – psychologists, psychiatrists, endocrinologists, urologists, plastic surgeons and gynaecologists – to “control sex’’’. Through the treatment of the hermaphroditic child, the normalisation of the child’s sexuality and, ultimately, the reproduction of life was to be achieved. This control extended to parents through the threat of being declared ‘bad parents’ or insane if they did not help the ‘experts’ in the proper deployment of treatment. In addition, parents were advised to not show negative feelings about their genitals and gender roles so that the child did not ‘develop a discordant gender role’. Thus, along with the child, the sexuality of the parents was also disciplined because ‘it was their behaviour that conditioned the child’s mind’. Parents were therefore also the ‘guards’ of this new panopticon, having to survey and scrutinise the child’s gender role and submit it to the ‘invisible apparatus of gender’.

Parents were also encouraged and taught to believe in the ‘objectivity’ of scientific opinion. The knowledge given to parents was designed to empower them to counter social ‘gossip’ and ‘silly conversations’  about the child. Thus, ‘by employing powerful authoritative concepts, doctors exercised biopower beyond the clinic and family, effecting control over the hermaphrodite infant through an array of social relations, intensifying the grip of biopower through the child’s body and mind’. Through this process of controlling minds and behaviours and ‘cutting up and reordering ambiguous genitals’, Repo argues that gender was born to extend the logics of social control in the post-war west.

Repo begins Chapter Six by arguing that Anglo-American feminists ‘borrowed’ gender as a conceptual apparatus directly from its scientific context to ‘contest biologically determinist accounts of sex while failing to recognise the disciplinary uses for which it was originally created and applied in the clinic’. Here, Repo wants to question whether gender is actually an ‘indispensable discourse for feminist theory and politics’, claiming – with reference to Nancy Fraser – that ‘there is something about feminist theory that has lent itself to being so compatible with neoliberal strategies’. Repo argues that ‘the abandonment of the feminist critique of political economy […] impoverishes feminist theory’ and reduces its ability to pose serious challenges to ‘the neoliberal practices and policies in which the reproduction of the sexual order today is so deeply entrenched’. Her key argument is that ‘feminism has a long and complicated history of entanglement with liberal governmentality’. This can only be ‘strategically undermined and manipulated’, rather than overcome or escaped. The link between feminism and neoliberalism comes to fore when feminism accepts the liberal governmental premise that sees life as ‘constantly exposed to danger’ (Foucault 2008, 67). Accordingly, ‘life can only be secured through the management and limitation of freedom’.

To delink feminism and neoliberalism needs a ‘strategic reversal’ of the relationships of power. To discuss one instance of a strategic reversal, Repo brings in the example of the SCUM (Society for Cutting Up Men) manifesto by Valerie Solanas. The manifesto, Repo argues, ‘mounts an attack on biopolitical modernity itself’. This is because Solanas’s arguments centre on ‘the politics of reproduction’ which is embedded in the modes through which the ‘state, law, family, and capitalism’ operate. This reflect Foucault’s idea that ‘the modern mode of power preoccupied with maintaining life requires a succession of violent and deadly exclusions’. This radical feminism ‘divorces itself from the tactics of liberal feminism’, because it does not want to affirm ‘the always unfulfilled promise of liberty on which the legitimacy and very functionality of bourgeois capitalist patriarchy is dependent’.

Finally, Repo concludes by attempting to delink gender and feminism by arguing that gender is not an essential concept for the latter. Gender, she contests:

cannot be taken as progressive at face value because it is always a strategic assemblage, constituted by tactical elements invested with the potentiality of politics, that is, the possibility to turn on itself and speak back to the apparatus of discipline and biopower, even the ones that underpin its emergence.

Although gender has been helpful in feminist struggles against biological essentialism, it needs to be delinked from feminism because ‘it was always already entangled in medical and psychological discourses of normalisation’.

Needless to say, this is a very useful book for feminist scholars and those interested in biopolitics. Beyond this, The Biopolitics of Gender will also be of interest to human geographers, anthropologists, sociologists and political scientists. Repo accepts that this book is limited in its Anglo-American analysis. It will therefore be of interest to see if such works emerge from the Global South to add to the wider genealogy of gender.

Ankit Kumar is a postdoctoral researcher at the School of Innovation Sciences, Eindhoven University of Technology. He has a PhD in Geography from Durham University. His research interests revolve around energy access and equity, development, gender, governance and politics. He blogs at www.ideatingenergy.com and tweets at @ideatingenergy. Read more reviews by Ankit Kumar.