In Social Theory for Alternative Societies, Matt Dawson shows how alternatives have been a feature of sociological thinking since its origins and reflects on the relationship between sociologists and social change. Although Jack Palmer would have welcomed more on the link between sociology and literature, the generative capacities of dystopia and a broader focus beyond left and liberal alternatives, he finds Dawson a sensitive reader and commanding narrator of the historical transformations in social theory. This is an engaging work that will have widespread appeal. 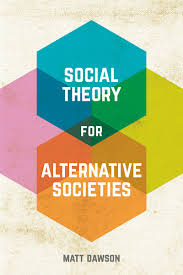 The first section of the book deals with sociological alternatives in classical sociology. It begins with a broad discussion of questions of value-commitments and side-taking in sociological work. These themes are revisited in the closing chapters of the book, in discussions of the work of Ruth Levitas and Erik Olin-Wright on sociology and utopia, and of public sociology. These chapters might have been better integrated at this earlier stage. More also needed to be made, beyond a brief reference, of Theodor Adorno’s reticence to being ‘terrorised into action’ and provide alternatives, particularly as this move from critique to the postulation of an alternative is earlier defined as a crucial step in the formulation of sociological alternatives.

There are then discussions of Karl Marx and Friedrich Engels, Emile Durkheim and W.E.B. Du Bois. The first constitutes a good overview of Marx and Engels on the alienation, exploitation and wastefulness of capitalism. The Paris Commune is used as an example to discuss Marxist alternatives in action, but it is noted that both Marx and Engels were reluctant to engage in ‘writing recipes for the cookshops of the future’ (24), a tendency of ‘utopian socialists’. A subtle reading of Durkheim is presented next, which goes beyond the still common idea that he was a functionalist defender of the status quo. Durkheim frequently made reference to the ‘present malaise’ of fin-de-siècle France (47). Something had gone wrong in the transition to modernity, and it was necessary for sociologists to ask practical questions as to why so that they could be remedied. As Dawson shows, Durkheim was therefore much more concerned with outlining blueprints than was Marx, in the form of workers’ corporations, limitations on inheritance and the provision of moral education.

Du Bois also proposed alternatives in the field of education and in black economic cooperatives. However, this chapter is most notable for its engagement with the conditions of emergence for specific alternatives. The section on Du Bois’s response to news of the death of the African American labourer, Sam Hose, and the tracing of his shift towards socialism and his changing views of segregation, demonstrates how authors do not simply choose to engage in value-laden research but are sometimes compelled to by the circumstances in which they find themselves. 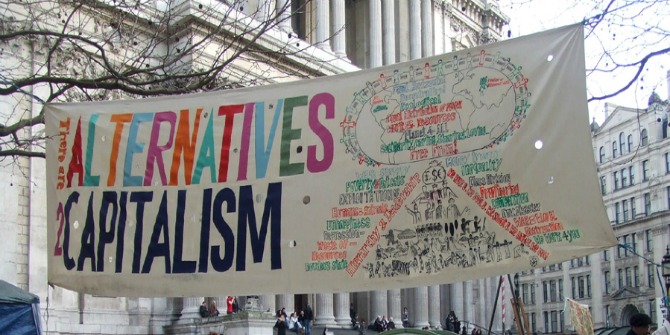 The second section of the book sees a change in focus, picking up on discrete themes rather than theorists. This opens up some interesting comparative perspectives on how sociologists present alternatives. Dawson looks at the differing ideas in Karl Mannheim and G. H. Mead on the relationship between sociology and democracy. He then moves onto a discussion of the neo-Marxist thinkers, Henri Lefebvre and Herbert Marcuse. Both aimed their critique at and located their alternatives in the sphere of everyday life, where capitalism reproduces itself in repetitive activities and consumption. For Lefebvre, the revolutionary project must begin with transformations in everyday life, where ‘the critique of the real by the possible’ occurs (104). Marcuse also saw utopian potential in the technical-totalitarian orientation of advanced industrial society, including the possibility of decreased working hours and equal distribution of resources.

The realm of everyday life, as well as public and legal-administrative contestation over alternatives, is further explored in the next chapter, which hones in on feminist contributions from Selma James and Andrea Dworkin. Dawson presents an engaging account of public debates around wages for housework and on the banning of pornography. We then move to the cosmopolitan alternatives provided by Ulrich Beck and Anthony Giddens, highlighting some of the pitfalls of aligning sociology with government, particularly in relation to the experience of Giddens and New Labour. This might have been a take-off point for a broader discussion about the implementation of alternatives. The proposal of alternatives raises practical questions that aren’t satisfactorily broached here: why are some alternatives more successful than others? How do they change in the policy process? Under what constraints do they materialise? What kinds of unintended consequences arise from their implementation?

Dawson is a commanding narrator of the discipline’s history, and the book contains a number of intriguing insights. Particularly interesting is the revelation that H.G. Wells was very close to the institutionalisation of sociology in Britain, and nearly held the first professorship of sociology in the UK before achieving greater fame as a science fiction writer. Yet, two things are subsequently missing to my mind: firstly, a discussion of the relationship between sociology and literature, and secondly, the possibility of the generative capacity of dystopia. Does positing an alternative necessitate a vision of the ‘good society’? As Hans Jonas put it in The Imperative of Responsibility: In Search for an Ethics of the Technological Age, the ‘heuristics of fear’ might be more productive than the ‘heuristics of bliss’: fear is not necessarily immobilising. In this sense, there might be some potential in the amplification of the dystopian tendencies of the present observable in the novels of authors like Michel Houllebecq, Margaret Atwood and Marge Piercy, and perhaps in the social theory of Paul Virilio’s gloomy ‘dromology’ or the urban theory of Mike Davis.

There are other shortcomings, mostly derived from a tendency to speak of society in the singular, undifferentiated in space and time (notwithstanding the plurality implied by the book’s title). Despite a laudable deviation from the canon of ‘Dead White Men’, the alternatives are presented on Euro/Western-centric terms. There might have been engagement with work on alternative, multiple or postcolonial modernities and the role of intellectuals therein, as well as greater emphasis on the social-historical context of alternatives and why they emerge in distinct times and places. Something is also lost in the focus on left and liberal alternatives: there could have been some discussion of the entanglement of sociologists in the social engineering of colonialism and fascism, which were in some sense ‘alternatives’, however terrible. Proposing alternatives is by no means the domain of leftists, a point exemplified by the alternative provided by the Seasteading Institute, involving the abandonment of terrestrially-bound society altogether.

However, these are arguably unfair criticisms. The book is, after all, primarily a historical survey of social theoretical propositions for alternative societies, not a sociology of alternative societies, and it performs this task well. It takes an untrodden path through social theory, and offers a good defence of classical theory in its explicit opposition to the ‘idea in which previous theories are dismissed without further consideration as simply no longer of relevance’ (6). Beyond being a sensitive reader and effective communicator of social theory, Dawson demonstrates well the effective history of these ideas, particularly in the sections on Durkheim and Mead. Although not entirely convincing, this is an engaging work which will have wide appeal, and is a timely rejoinder to accusations of abstraction, resignation and irrelevance aimed at social theory.

Jack Palmer is a PhD candidate in sociology based in the Bauman Institute at the University of Leeds. His research presents a historical sociological study of Rwanda and Burundi oriented towards theoretical debates about multiple and entangled routes to and through modernity. 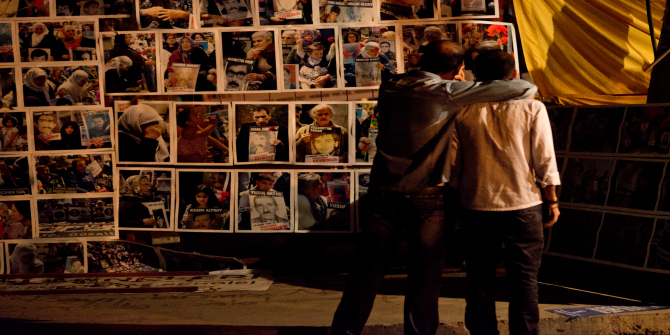