In Central Asia in Art: From Soviet Orientalism to the New Republics, Kazakh art historian Aliya Abykayeva-Tiesenhausen traces Soviet portrayals of Kazakhstan, Uzbekistan and Kyrgyzstan in twentieth-century art. While more attention on the 1990s and 2000s would have been fascinating, this beautifully-illustrated book brings together accessible art analysis and detailed historical context to give readers a comprehensive, empathetic and encyclopaedic understanding of the featured artworks, finds Michael Warren. 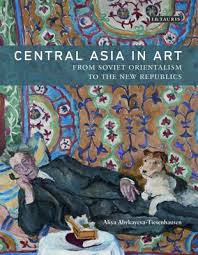 Often a historian’s role is to act as a voice for the unheard or silenced, undoing the folded lies of propaganda and bias. Kazakh art historian Aliya Abykayeva-Tiesenhausen performs a rendition of this role, not so much in speaking out for the silenced but in dismantling the layered stereotypes and distorted images of Central Asia. Central Asia in Art: From Soviet Orientalism to the New Republics focuses primarily on Soviet approaches to portraying Kazakhstan, Uzbekistan and Kyrgyzstan in art. Abykayeva-Tiesenhausen’s book blends accessible art analysis and detailed historical context to create a thought-provoking exegesis of identity and the control of perceptions not just in Central Asia but in Russia too. The reader learns that the Central Asian countries’ inability to control the discourse surrounding them did not collapse with the Berlin Wall, but lives on in new guises such as Sacha Baron Cohen’s Borat; interestingly though, where the USSR used selected images of Central Asia to buttress empire, Cohen’s Borat is used as an Other to critique the Western Self.

Much of Central Asia in Art concentrates on Socialist Realist art produced during Stalin’s stranglehold over the USSR. Socialist Realism was a homogenous supranational style developed to lionise Soviet values through realistic imagery, and was deployed in the Central Asian peripheries of the USSR to foster greater unity between Central Asian nations and Moscow. Paradoxically, this was done whilst trying to celebrate different national identities, albeit within tight constraints; indeed, as Abykayeva-Tiesenhausen asks: ‘why would a union of nations be celebrated through the persistent accentuation of difference?’ The USSR empire was a bizarre construction, as the author pithily notes, exerting a ‘constant demonstration of dominance and simultaneous denial of it’.

The book is comprised of large, beautifully detailed plates accompanied by Abykayeva-Tiesenhausen’s probing commentary, which, combined, give the reader a comprehensive, empathetic and encyclopaedic understanding of the featured artworks. This brings to life interesting leitmotifs, such as the Russian declaration of a civilising mission in Central Asia. For Russian audiences, artists would infantilise Central Asian nations by depicting young central Asian females ‘ready to be emancipated and which have been educated and pacified’. Frequently, whenever a painting shows Russians interacting with Central Asians, the former are often shown undertaking paternal activities, such as teaching chess or demonstrating their artistic skills. Interactions between Russian and Central Asian artistic subjects can be even more dynamic, such as in David Flekman’s Recovery of Sight (the very first image the reader sees on opening the book), in which a Russian nurse and doctor inspect a Kyrgyz woman after she has regained her vision. The painting bludgeons home Soviet messages of female and Kyrgyz national emancipation as well as Soviet modernisation. 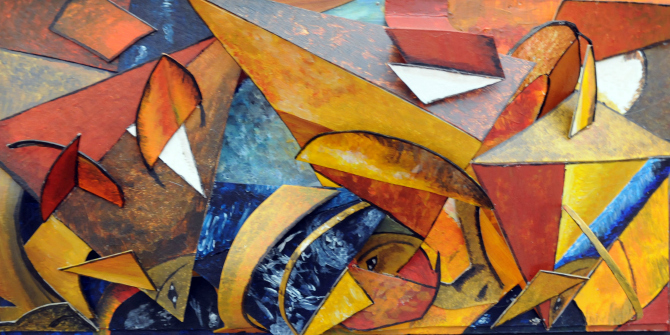 Modernisation is a recurrent theme of Soviet Realism: the open steppes and virginal lands are portrayed as awaiting Soviet development. In Abylkhan Kasteev’s 1930s paintings, Haymaking and Collective Dairy Farm, lush verdant landscapes exude abundance and high yield whilst Kazakhs harmoniously working together on the collective farm. Equally, depictions of urban spaces are used to press home Soviet modernisation, where a point is made by Soviet artists of electricity, culture and permanent infrastructure to nations of more nomadic historical leanings. Yuri Zaitsev’s 1935 nighttime scene, Building Site in Balkhash, represents this economic rejuvenation well, glorifying a building site not only in depiction but also in medium. Abykayeva-Tiesenhausen points out that this medium brings the worksite to the plateau of high art, a ‘sacrifice for the creation of the new world’, destined to remain ‘eternal’ on a museum wall as opposed to transient press photographs.

The reader learns that the creation of art was not a one-way street for Russian artists and audiences, but rather an exercise to reconcile Russian identity too. Russian Orientalism portraying Central Asians through stereotypes, such as with watermelons and attached to the land, helped Russians situate themselves in their limbo position between the East and the West. An interesting medley of the Russian Self and Asian Other is Alexander Volkov: born in Turkestan (the former name of the Central Asian territories) and educated in St Petersburg and Kiev, he immersed himself in Central Asian culture for many decades far from the reach of Moscow. His work stands out as not being concerned with a unity of nations or modernisation, but rather for that rare thing other Soviet artists were unprepared to show: the effort and associated stresses incurred by Central Asian labour to propel modernisation. The works do not ‘openly talk about the Soviet nature’ of the exertion; but even acknowledging such toil sets him apart from many other Soviet artists. As the author points out, in art history a special mindset is required for judging artists in a totalitarian environment: usually an artist is judged by what they did, but in totalitarian states it is about what they did not do.

Despite the title implying a longer time span, the book is focused mostly on art developments during Stalin’s leadership. Few pages are devoted to art post-Khrushchev and the interesting times of independence. This is a shame as the few pages the author devotes to the 1990s and 2000s are filled with astute analysis of Central Asia grappling with identity in the midst of Borat and a globalised world. Given the author’s forensic analysis of Soviet history throughout the twentieth century, it is surprising that she has little to say about the effects of present political control by autocratic regimes in Uzbekistan and Kazakhstan on contemporary art (the current ‘strongman’ leader of Kazakhstan has wielded power since 1991, whilst his Uzbek equivalent who ruled for the same time died in September of this year).

The book, however, is a visual feast and cerebral stimulant recommended to art historians, USSR specialists and dilettantes alike. It is at the forefront of an increasing historical art focus on the relationship between Central Asia and Russia, whilst building on major critiques of Socialist Realism by the likes of Boris Groys (Gesamtkunstwerk Stalin and Art Power) and Gleb Prokhorov (Art under Socialist Realism: Soviet Painting, 1930-1950). Abykayeva-Tiesenhausen’s work is profound and empathetic; combined with a scholar’s comprehensiveness, this is most aptly displayed in her poignant analysis of one of the most famous pieces of Soviet art: A Daughter of Soviet Kyrgyzia by Semion Chuikov. Abykayeva-Tiesenhausen dissects the painting in great detail, showing the forward motion of the girl in the painting striding proudly towards the future and away from an imperialist past. With allusions to the present and Central Asia, Abykayeva-Tiesenhausen notes sagaciously:

The girl in Chuikov’s painting is forever young. The model for his painting has, however, aged. It seems that her schooling, if it took place at all, brought the Communist utopia into the village, rather than the young girl into the future [the girl never left the village]. The girl was allowed to look ahead but never managed to walk out of the village she was born in. 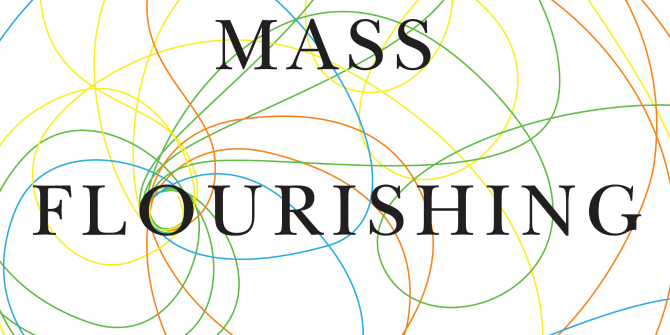 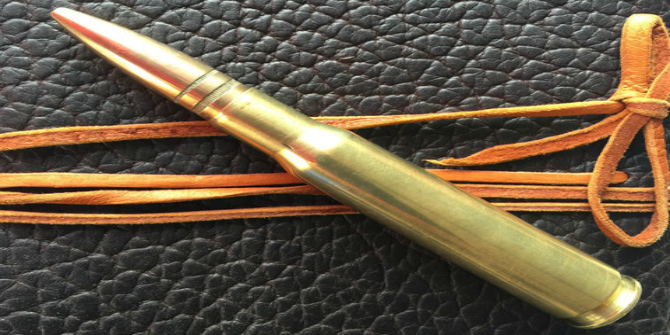