In Ebola: How A People’s Science Helped End an Epidemic, Paul Richards draws on his firsthand experience in Sierra Leone of the recent Ebola outbreak to outline the vital role played by a ‘people’s science’ grounded in the co-production of knowledge between responders and communities. Despite an occasionally meandering narrative, this book is filled with fascinating insights and rich in practical examples that should inspire deep reflection on how to better respond to future crises, writes Anita Makri.

This review was originally posted on the From Poverty to Power blog, authored by LSE Professor in Practice, Duncan Green. 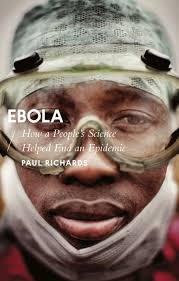 I’m sure that to readers the Ebola epidemic that devastated West Africa a couple of years ago needs no introduction (just in case, here’s a nice summary by the Guardian’s health editor). So I’ll cut to the chase, and to a narrative that at the time was bubbling underneath more familiar debates about responding to health crises – you know, things like imperfect governance, fragile health systems, drug shortages.

All of them important, but this narrative was new. It was about fear, communication and cooperation – the human and social side of the crisis (explored in a SciDev.Net collection I commissioned at the time). There was also an unsettling undercurrent to it – one that conveyed ‘otherness’ and ignorance on the part of West Africans, fuelled by reports of violence against health workers and of communities resisting expert advice against risky funeral rites.

But if you listened closely, you could just about make out the voices of anthropologists trying to dispel notions that these reactions were about exotic or traditional cultures. Paul Richards was one of those voices, and luckily he’s put together a rare account of evidence, theory and experience in a book that should trigger real reflection on how we can do better in handling similar crises (hint: more listening).

Ebola: How A People’s Science Helped End an Epidemic tells the story of the epidemic through the eyes of someone with intimate knowledge of the region and the rules that influence human interactions – very much an anthropologist’s perspective, not an epidemiologist’s. The book turns the mainstream discourse on its head, putting what Richards calls ‘people’s science’ on an equal footing with the more orthodox science behind the international response. It captures how people and experts adapted to each other, falling into a process of knowledge co-production. 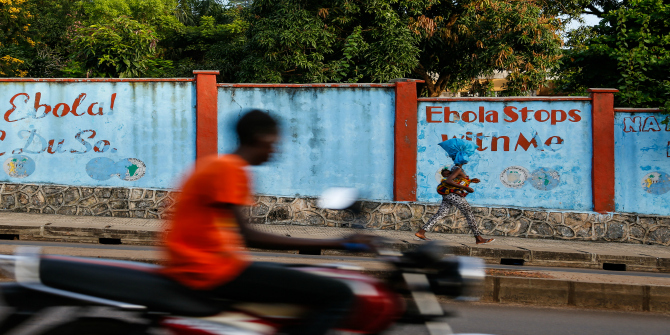 It’s something of a meandering read – you won’t be guided through the argument very neatly. But the narrative gems and fascinating anthropological insights more than make up for that. Chapter Four had me at the first sentence: ‘This chapter offers an empirical analysis of the Ebola epidemic from the perspective of techniques of the body.’  You’ll get a metaphor involving ‘necromantic joyriding’ in the chapter on burial technique, plus the occasional random observation (‘the smartphone without contacts is not a phone’).

The structure comes in broad brushstrokes. After an introduction to the epidemic that leads to discussion of social knowledge, the book comes into its own as Richards begins to delve into culture, body washing techniques and the ritual of burial. He takes us through the sociocultural backstreets of the epidemic – different meanings of culture, how ethnic-linguistic affiliation relates to burial practices, the gap between social and medical norms and the empirical evidence behind his main argument for local understanding and for co-production of knowledge between responders and communities.

The evidence he cites comes from focus groups, conversations, studies and journalistic and other articles. It’s a book rich in practical examples from extensive knowledge of the region, with theory to underpin observation.

It documents self-directed changes in people’s behaviour – using rehydration and improvising by using plastic bags when caring for sick relatives at home, for instance, changing burial rituals or restricting movement in affected areas. Richards shows how communities understood the disease in practical terms not communicated by official channels. One example is evidence that people grasped the risk involved in carrying vomiting patients for miles in a hammock – a common mode of transport in the region’s remote areas.

Towards the end he recounts how a chiefdom in Sierra Leone put together a task force to do epidemiological work like tracing the contacts of sick people. This, he says, reduced the number of disease cases before the international response was ramped up. Examples like this are key to his argument, though a bit short on the detail about what communities actually did and how.

At Chapter Six it all crystallises into Richards’ main thesis: that local people learned about Ebola quickly based on their own empirical evidence (not the same as cultural knowledge, he says – a distinction that needs more explanation); and that the changes they devised managed to change the course of the epidemic.

Another message: that the international response suffered from limitations and flawed perceptions. Here’s a good line on that: ‘a contradiction between home nursing and no home nursing exists only in the straight-line space of a bullet-pointed official release’. And an example: models of how Ebola moves just don’t capture the network-like features of social relationships, like extended family – their main variable is residential proximity.

All leading to the point that Ebola epidemiology isn’t an exact science or only a medical science; it is also a social science. And this, to me, begs a conversation about how to adapt the response system so it can make better use of knowledge beyond traditional epidemiology, including what NGOs can bring to the table.

Ultimately the two sides of the response converged, Richards argues, with villagers thinking like epidemiologists and responders thinking like villagers – for instance, offering simple messages around practicalities of home care, like using coconut water where rehydration fluid wasn’t available. This ‘merged understanding’ was crucial to controlling the epidemic, he concludes. Co-production of knowledge and co-evolution of response should be supported through institutional mechanisms.

And that’s where Richards leaves it – the floor is ours. There are a few questions in the air. On the point of co-production, how do you institutionalise it? How do you address the tension between time needed for knowledge to co-evolve and the political pressures of responding quickly? More broadly, how generalisable are Richards’s observations beyond this epidemic? And, from a practical standpoint, how realistic is it to grasp nuanced anthropological understanding in real time?

I’m hoping for some ideas and conversation in response to this fascinating book.

Anita Makri is an editor, writer and producer currently with SciDev.Net. She tweets @anita_makri.

Posted In: Africa and the Middle East | Development | Health and Wellbeing | Sociology/Anthropology