In Driverless: Intelligent Cars and the Road Ahead, Hod Lipson and Melba Kurman reflect on the possibilities and risks posed by the new horizon of automobile technology: the driverless car. This insight into the potential future of transportation is well-researched, sprinkled with interesting anecdotes and accessible for both policymakers and the wider public, finds Joseph Savirimuthu. 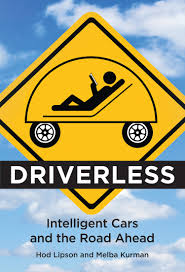 Driverless cars, to echo John Urry, are ushering in a new wave of mobility and innovation. It is not only leading motor manufacturers who are integrating smart and sensor-based technologies into cars, but Google, Uber and Tesla are also pioneering full automation capabilities. Driverless cars are going be more than a disruptive innovation; they are also likely to be socially and culturally transformative.

The future of transportation is one of the themes examined by Hod Lipson and Melba Kurman in Driverless: Intelligent Cars and the Road Ahead. Lipson and Kurman make this bold prediction:

driverless cars will look different, both inside and outside. The steering wheel will disappear, the dashboard will become flexible workspace, and the car’s cabin will contain whatever people need for their on-board leisure and work activities. Outside, cars won’t need side mirrors or tail lights (266).

They do, however, stress that there is ‘no guarantee that such a vehicle will actually appear’ (255). In a little over 300 pages, the authors introduce readers to the culture of driving and the benefits of driverless transportation (Chapters One-Two); the policy implications for transport infrastructure (Chapter Three); the intersection between software and innovation culture (Chapter Four); the technological challenges encountered in mirroring the human brain’s capability to receive, classify and create meanings from information perceived (Chapter Five); the implications of driverless technology for the automobile industry (Chapters Six-Ten); and the interaction between culture, technology policy and regulation (Chapters Eleven-Twelve).

Even though the book is US-centric, the discussion on regulatory, infrastructure and mobility issues chimes well with wider public and policy interests in harnessing the potential of driverless car technologies. For instance, the UK Government is intent on delivering on its promise to reform our transport infrastructure and lead on developing driverless technologies. A review of current regulatory frameworks was conducted in 2015, and plans to pass a Modern Transport Bill were first announced in the Queen’s Speech on May 2016.

Driverless is well-researched, and the ideas are set out in a clear and accessible manner. What the authors do really well is integrate their unique insights on a range of topics. Consider, as an example, the predominant focus of policymakers and industry on the human driver in our existing regulations and laws. Under the 1968 Vienna Convention on Road Traffic, “[e]very driver shall at all times be able to control his vehicle’. The Convention also allocates responsibility to the driver of vehicles, with Article 8 (2) stipulating that they possess the knowledge and skill to ensure the vehicle is driven without exposing the driver or others to danger or harm. Within the UK, both the Road Traffic Act 1988 (as amended) and the Highway Code also reinforce the view of a human driver being in control.

Increased automation thus blurs the line between driver-led and driverless technologies. Here, readers will benefit from the authors’ account of the six levels of autonomy as described by the Society of Automotive Engineers and the default rule for addressing human-machine interaction. Driverless technology builds on the advanced motoring technologies that already assist drivers in operating vehicles. Many motor vehicles come equipped with technologies such as Anti-Lock Braking Systems (ABS), cruise and adaptive speed control and parking sensors. ABS, it should be noted, does not actually require the human driver to provide instructions or direct control. Such technologies therefore already involve sophisticated software that processes information and directs the driving process.

While the focus of driverless technology tends to be technical, the authors also remind us of what is involved when we drive cars. It is amazing when we consider how humans deploy motor and cognitive skills to negotiate traffic lights, new situations on the road and pedestrians and to move from one location to another with speed: ‘Human eyes stream data to our brain so smoothly we don’t have to consciously pick apart the visual scene to make sense of it’ (89).

The analysis therefore brings to life the challenges posed in moving closer towards full automation, the risk contingencies and regulatory actions for likely use scenarios. According to Lipson and Kurman, the critical challenge ‘that plagues rule-based AI software is that without a robust method to classify every object a car might encounter, it is impossible to write rules to guide the car’s response’ (89). The authors provide a useful account of the algorithmic processes that enable driverless technologies to undertake their object recognition and sensor capabilities (87-88). The technical task for constructing highly reliable algorithms is spelt out:

software that reads streams of data from visual sensors has to do more work. A stream of visual data is at heart a numerical array. Machine-vision software processes these numerical arrays with aplomb, but is incapable of understanding the visual scene the numbers depict, a conunundrum that cuts to the heart of the artificial-intelligence research (89).

Creating a car that has comparable perception that enables the software to ‘see’ what the human driver does is an ongoing dilemma, and we can expect regulators to continue with trialling driverless technologies – platooning, pods and taxis.

The book is also sprinkled with vignettes and accounts of societal and infrastructure challenges. There is, for example, an interesting exchange between Tesla’s CEO, Elon Musk, and George Hotz recounted in the book. Hotz claims that it would not be overly burdensome for individuals to acquire toolkits that enable them to construct autonomous cars that operate at a very high level of accuracy. Musk’s response is that the technological problem is not achieving 99 per cent accuracy but 99.9999 per cent. At 70 mph, Musk mused that this difference could be problematic (85-88). Not surprisingly, issues regarding liability, risk distribution and insurance remain high on the regulatory agenda.

The book will also be of interest to those who wish to use the coverage of driverless technology as a springboard to consider wider subjects. For example, driverless technology is unlikely to leave the long-established transportation industry and infrastructure untouched. What are we to make of the system of ‘lean production’ and ‘economies of scale‘? As I read accounts of the potential of driverless technology and its benefits for human drivers and the environment, I cannot help but wonder about how driverless cars will redefine car ownership culture as objects of identity and status.

Related to driverless technology is the issue of mobility, not simply in terms of assisting elderly and disabled citizens but also as a value integral to driving. Regrettably, we may have to accept that the price of convenience and personalisation is that owners of driverless cars become targets for the advertising and marketing industry. Will society, and drivers in particular, embrace driverless cars in the way smartphones and wearable technologies have been seamlessly interwoven into the fabric of society, despite serious issues about privacy and surveillance?  The authors’ feelings on this are not difficult to glean as they emphasise the social value of technologies that produce practical outcomes for individuals and the economy. I think the jury is out on this one, but one thing should be apparent: the impetus for driverless cars cannot be separated from our platform dominated ecosystem, which continues to redefine the relationship between individuals, industry and the state. The convergence between the rhetoric of a mobile society underpinned by intelligent technologies and web-based platforms should reignite the discourse about governmentality, power and mobility.

Finally, I cannot end this review without a brief reference to one of my favourite chapters in the book, which is devoted to deep learning. Deep learning in essence involves software to draw on information resources to solve problems and generate solutions. While mindful that there are privacy and safety risks, the potential to assist driving in hostile or difficult conditions should not be dismissed readily. The chapter is particularly informative – processes, concepts and methods are clearly explained to show readers how data from the environment can be aggregated to create new knowledge.

Driverless: Intelligent Cars and the Road Ahead offers insights into how intelligent technologies will transform industry and society. It is written for a non-specialist audience and many will find the discussion of the topics informative and come away with their understanding significantly enhanced. There is more to driverless cars than the overburdened ‘trolley problem‘. Those interested in the environmental and safety benefits of intelligent systems for transport, the role of agencies in creating regulatory infrastructures that balance innovation and safety needs and the challenges for designing urban spaces for modern transportation will be reminded of the value of communicating the paradoxes of the ‘black box’ in a way that is accessible to the public and policymakers.

Joseph Savirimuthu is a Senior Lecturer in Law at Liverpool Law School, University of Liverpool. 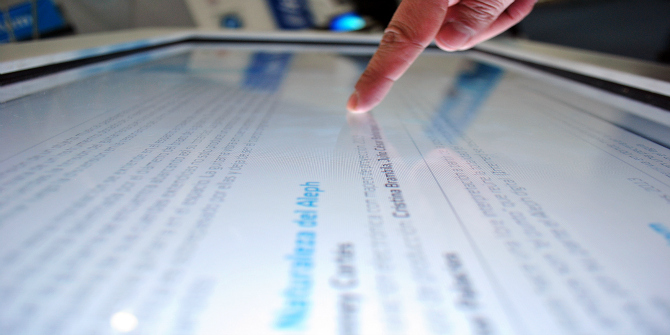