In Madness, Distress and the Politics of Disablement, editors Helen Spandler, Jill Anderson and Bob Sapey bring together contributors to explore the challenges of applying theories and policies of disability to understandings of madness and distress. With a number of essays drawing on close engagement with lived experience, this is a rewarding and frequently compelling read that does not shy away from grappling with the uncertainties surrounding its field of inquiry, finds Peter Barham. 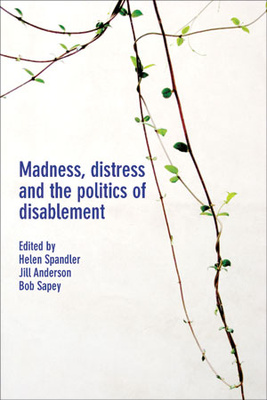 Since the early 1990s, mental health problems have been in the ascendant, fast closing the gap on physical disabilities as the most common reason why people in the UK claim welfare payments such as incapacity benefit.  As the editors of this stimulating and wide-ranging collection acknowledge, indubitably this indicates ‘a growing mental health constituency who might be considered chronically ill or “disabled”’ (2). So can we infer from this that madness or distress are correctly framed as forms of disability?  Alas, this is where the going gets tricky for there is no straightforward answer to this question. It is therefore the burden of the book to explore ‘the unsettled relationship between madness and disability’, the ‘implications of the distress and/or disability conundrum for people with mental health problems’ (1) and to demonstrate that the connections between madness/distress and disability are far from incontrovertible.

Though policy and legislation have mostly favoured the assimilation of mental health into a disability framework, frequently they have ridden roughshod over some of the complexities involved here, not least the reluctance of many people who experience madness or distress to identify as disabled. These issues reflect controversies between and also within disability studies and critical approaches to mental health (or what are sometimes known as ‘mad studies’), and also between the disabled people’s movement and the mental health service user/survivor movement, all of which have mostly developed in parallel, having at one and the same time an awful lot in common but also surprisingly little to do with each other.

Disability activists and theorists disagree about many things, but even where they adopt a social constructionist approach, they do not for the most part dispute the existence and reality of impairments. The mental health field is far more controverted, however, and there is no consensus over the nature of any underlying mental impairment, or indeed over whether any such impairment exists.  As the editors are aware, this whole terrain is a definitional nightmare. Though by and large they adopt the vocabulary of ‘madness’ and ‘distress’ to distance themselves from the medicalising consequences of ‘mental illness’ and ‘mental disorder’ – and also from ‘mental health’, which is frequently used as a euphemism for its opposite – these are really only provisional moves in an unfolding political process and there is no one term, or set of terms, that is wholly satisfactory.

The book examines these considerations from a range of different vantage points in twenty chapters by contributors from diverse backgrounds, quite a number with lived experience of mental health issues. These are without exception well-argued and presented,  but the book is perhaps at its most compelling when it takes us into close, brave and sometimes surprising explorations of this uncertain terrain. 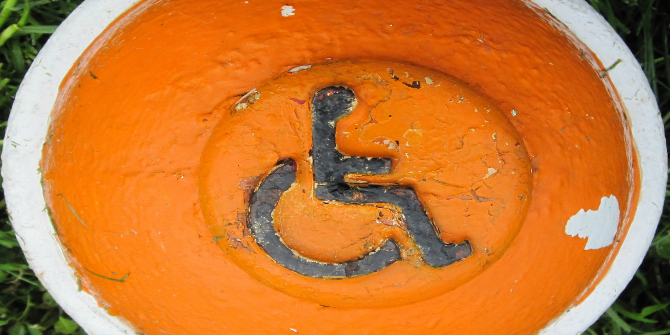 Two young academics with lived experience of psychosis, Nev Jones and Timothy Kelly, proceed from their own ‘complicated and often confusing personal experience of psychosis’ to draw attention to the heterogeneities of madness and their relationship to disability. ‘If there is a point in the lives of activists when they feel a relative sense of certainty and stability in the way they view the politics of their movement(s)’, they write, ‘we have not yet reached it. In this sense, our theoretical hesitations undoubtedly reflect a more personal feeling of caution and uncertainty’ (43). They comment on questionable practices of representational overreach in the survivor movement, whereby a continued need for care by some survivors in the face of ongoing impairment may often be framed as deviance by some anti-psychiatric activists. A stress on heterogeneity does, of course, run the risk of reifying rather questionable traditional psychiatric categories, but it possesses the not inconsiderable merit of drawing attention to complications and absences in some of the more jaunty celebrations of the survivor movement.

The author of a foundational document ‘Distress or Disability?’, originally written for the Greater Manchester Coalition of Disabled People in 1994, Anne Plumb asks whether mental health service users/survivors should be subsumed within a broader disability movement. While some survivors/activists celebrate the achievements of the UN Convention on the Rights of Persons with Disabilities (CRPD), Plumb has profound misgivings, maintaining that the premise behind CRPD that self-determination is paramount, and that people are able at all times, given the right amount of support, to express their own wishes, is deeply flawed. She writes movingly about her own experience here as well as that of the survivor activist Peter Campbell:

How can we instruct an advocate when we ourselves may be bewildered by what is happening, especially if we have not encountered such an experience before? […] In hindsight, I may know what I do not want (for example, removal to a psychiatric ward, psychiatric medication or some forms of psychotherapy) […] However, at the time I was overwhelmed by confusion and indescribable despair (no imminent heaven on earth!) (193-94).

Plumb agrees wholeheartedly that the really radical development in the survivor movement was its insistence on ‘speaking out’, but she is no less adamant in her belief that she does ‘not see this as claiming that we fully understand our experiences’ (186).  Alert though she is to the unacceptable ways in which diverse authorities have responded to the risks posed by people in mental distress, she provides a robust justification for intervention as such. In her own case, for instance, she ‘very nearly stepped into a bath of boiling water in the belief that I needed to demonstrate faith in God (aka mystics running over hot coals)’ (190). The danger with those who uncritically embrace CRPD, Plumb claims, is that they risk running from the frying pan of traditional psychiatry into the fire of libertarian ideology.

Another strength of this collection is that it explores an issue such as CRPD from an alternate standpoint.  Bhargavi Davar, a survivor of psychiatry in India and a therapist, delivers an eloquent account of the lingering legacy of colonial psychiatry and of the role of CRPD in transforming the prospects for survivors in contemporary India.  An autistic adult and a researcher in disability studies, Steve Graby offers a spirited take on neurodiversity as a framework that could potentially bridge the gap between the disabled people’s movement and the mental health system survivors’ movement. But could neurodiversity accommodate all the heterogeneities of madness identified by Jones and Kelly? That seems rather questionable, but there is still plenty to chew on here.

‘A pedagogy for uncertain times has itself to be uncertain’, remarks an educator in the conclusion. Uncertainty and ambivalence are indeed the keynotes of this book. There is no grand theory here, nothing to put us on the ‘right’ or ‘correct’ path. Can models and policies developed to liberate disabled people, as the question is asked in the introduction, have liberatory potential for those experiencing madness and distress?  ‘We still haven’t decided’, the editors confide in the conclusion, ‘whether we think it is helpful to situate madness/distress within a disability framework’. Moreover, ‘sometimes we have found ourselves thinking, or dreaming in metaphors about the “problem of impairment” and we often felt that we were going round in circles’ (288).  For those in need of a simple take-home message this collection is very likely to disappoint, but for those who are willing to wrestle with paradoxes and contradictions, it constitutes a very considerable and rewarding resource whose strength may lie precisely in its uncertainties, in its resolute refusal to permit itself to be classified as yet another critique of the medical model, instead feeling its way towards alternative understandings not through ideologies dropped from on high, but through close engagement with lived experience.

Peter Barham is a psychologist and a social historian of mental health. He has written widely about mental health issues. His books include Schizophrenia & Human Value (1984; 2nd edition 1995), Closing the Asylum: The Mental Patient in Modern Society (1997) and Forgotten Lunatics of the Great War (2004; pbk 2006). He holds a PhD in modern history from Cambridge and in psychology from Durham. He is a fellow of the British Psychological Society  and until recently was an associate member of the history faculty at Oxford. 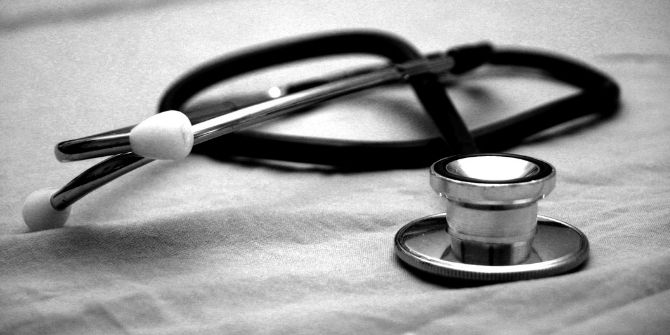 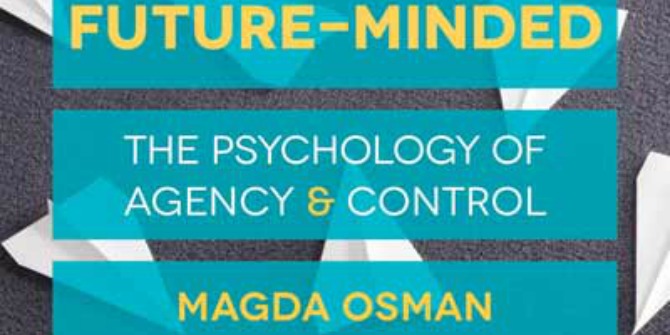