What rights have writers working in film, TV and advertising in the USA historically held when it comes to ownership over the fruits of their labour and how has unionisation impacted on these? In Writing for Hire: Unions, Hollywood and Madison Avenue, Catherine L. Fisk traces a history of the labour relations relating to writer’s rights across Hollywood and the US television and advertising industries as they emerged in the middle part of the twentieth century. This is a rigorously researched and argued book that raises interesting and timely questions about labour rights and the importance of unionisation across industries, writes Daniel Zwi. 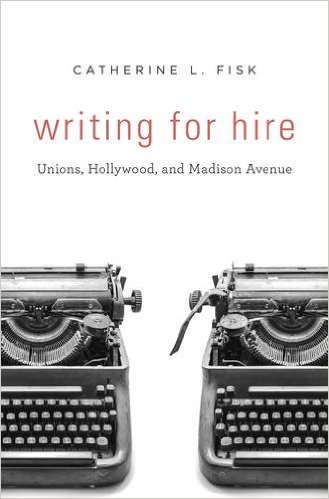 What accounts for the success of the Writers Guild of America? In a US economy in which private sector union membership stands at a mere 6.7 per cent, and average union membership in OECD countries fell from 21 to 16.7 per cent between 1999 and 2014, unionisation among eligible US screenwriters is practically ubiquitous.

One might think that as a white collar union, the Guild benefits from not having to rock the boat. Presumably it’s on good terms with management, is docile and quiescent, contemptuous of and vaguely embarrassed by any union so vulgar as to actually engage in industrial action.

There may be some truth to this. One needs only look at the organisation’s name for evidence of the reluctance of some screenwriters to associate with the proletariat. The term ‘guild’ was preferred to ‘union’ because membership of the former connotes acceptance into a community of accomplished craftsmen, whereas membership of the latter implies employment in a process of production which is unthinking and unskilled. As one writer put it when recalling a strike in 1960: ‘we don’t work in a loading dock.’

But if the Guild is a beneficiary of the bourgeois credentials of its members, it is an extremely restive one. It has gone on strike repeatedly since its establishment in 1921, notably in 1948, 1952, 1959-60, 1973, 1981, 1985, 1988 and 2007-08 (remember when the Colbert Report showed re-runs for months?). So passivity, or a coincidence of interests between screenwriters and film and television producers, does not explain its prevalence today. 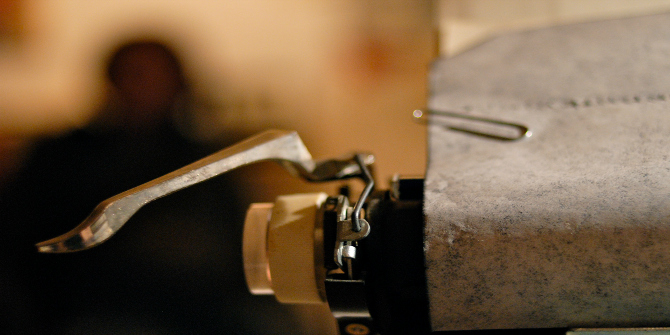 In Writing for Hire: Unions, Hollywood and Madison Avenue, Catherine L. Fisk suggests that the Guild’s success is due largely to the fortuitous interplay between two well-established US legal doctrines. The first is that, pursuant to copyright legislation, an employer is deemed to be the author and therefore the copyright owner of any work that an employee creates in the course of their employment. This is the so-called ‘work for hire’ rule. It ensures that title to a screenwriter’s output vests automatically in the producer so long as a relationship of employment exists between the two.The second doctrine is that while independent contractors are prohibited under competition law from collaborating on the terms on which they offer their labour, employees are empowered to bargain collectively to this end.

The combined effect of these rules is to put producers in somewhat of an awkward position: challenge screenwriters’ right to unionise on the basis that they aren’t really employees and lose the benefit of the ‘work for hire’ doctrine; accept screenwriters’ status as employees and face an educated, organised and strike-happy workforce. Fisk describes how the Guild has leveraged this tension throughout its history to enforce and extend its members’ rights. Its profitable use of this strategy, at least in part, accounts for its continued influence.

Two rights in particular were gained by exploiting the reluctance of producers to classify screenwriters as anything other than employees. The first – the right to attribution in the form of screen credit – is cemented in the industry’s standard contracts and includes jurisdiction on the part of the Guild to unilaterally arbitrate credit disputes. Before 1942, producers alone determined – and routinely misallocated – credit, awarding it either to box-office favourites or simply to friends and family: a tendency described by the current president of the Guild’s Western branch, referring to the film adaptation of Ernest Hemingway’s novel, as ‘The Son-in-Law Also Rises’.

Initially, producers refused to negotiate with the Guild on the terms of the standard contract for films on the basis that screenwriters ‘aren’t the type of worker that can unionise’. The Guild argued that if screenwriters were employees for the purposes of the ‘work for hire’ rule, then they could avail themselves of the right to organise and to bargain for minimum terms of employment. The National Labour Relations Board agreed.

The second important concession which the Guild extracted on the basis of its members’ status as employees was the right for credited screenwriters to be paid for reuse of their material. Fisk devotes a chapter to the process through which writers became entitled to residuals: that is, payments made by a producer for transmission of a writer’s work beyond the initial broadcast (for example, when theatrical movies are shown on television).

Again, screenwriters framed the right to residuals as a reasonable consequence of the employment relationship: if as employees we are deprived of copyright and therefore royalties in our work, we should at least be able to share in the financial success of a screenplay over time through residuals. Indeed, remuneration for reuse of material has been at issue in most of the Guild’s industrial action, including the 2007-08 strike, in which the right to payment for reuse of material in ‘new media’, such as internet downloads or streaming, was at stake.

Fisk asserts that these rights, modest as they are, would never have been secured if writers had not unionised. To substantiate this claim, she describes in detail the laws and professional norms obtaining in the New York-based advertising industry, where copywriters remained non-unionised and enjoy neither the right to attribution for their adverts nor to residuals for reuse of their copy.

The main argument in Writing for Hire, then, is a causal one. Though writers were forced to sacrifice copyright in their work, they harnessed their status as employees to unionise and thereby secure important accoutrements of authorship, including attribution and residuals. Copywriters, loathe to unionise, remain alienated from the fruits of their creative labour.

It is a thesis that the likes of David Harvey might refer to derisively as class struggle determinism – the notion, arguably eschewed by Karl Marx himself, that industrial organisation alone drives social change. But Fisk does not simply assume that the Guild is responsible for the rights of screenwriters: she rigorously links particular strikes to specific gains. Causality is never taken for granted – it is convincingly and patiently established as the book develops.

Yet the most interesting insights in Writing for Hire concern the applicability of screenwriters’ experiences to other industries. If unionisation has been of such benefit to screenwriters, then why not other white collar workers, particularly in industries such as video game design or software development, where employees are demographically similar to screenwriters in terms of education and creativity? Why not, for that matter, any participant in the so-called gig-economy, the increasingly numerous ‘precariat’ who are tied to low-wage, temporary and insecure jobs?

The fight over who can and cannot organise industrially is perennial. Until last month, Uber refused to classify its UK drivers as employees. Now that they rightly enjoy this status, they could do worse than to note Fisk’s exhortation that the benefits of unionisation are not confined to the assembly line.

Daniel Zwi is an LLM candidate specialising in intellectual property at the London School of Economics.

Posted In: Art, Lit and Film | Contributions from LSE Staff and Students | History | Law and Human Rights | USA and Canada