In The Despot’s Accomplice: How the West is Aiding and Abetting the Decline of Democracy, Brian Klaas provides a frontline account of the contemporary history of democracy, the current state of democracy promotion and the fundamental flaws in the West’s approach. This dynamic book offers convincing insight into the impact of current policy and proposals for future strategies that should be required reading for policymakers and practitioners engaged in democracy promotion, recommends Robert Ledger.

If you are interested in this review, you may also like to read an interview with Brian Klaas, reposted on LSE RB in October 2016, and listen to a podcast recording of his LSE lecture from 13 October 2016.

The Despot’s Accomplice: How The West is Aiding and Abetting the Decline of Democracy. Brian Klaas. Hurst. 2016. 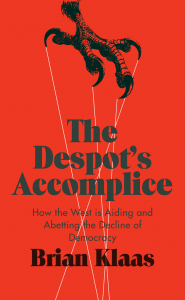 The Despot’s Accomplice: How the West is Aiding and Abetting the Decline of Democracy, Brian Klaas’s new book, is an engaging account of the contemporary history of democracy, its promotion and the flaws in the West’s approach. Drawing on first-hand experience and interviews, the book provides insights into the impact of current policy as well as proposals as to how this strategy could be altered.

An academic at the London School of Economics, Klaas has also acted as an election monitor in a variety of locations and worked with a number of NGOs. This experience provides the core material for The Despot’s Accomplice, which contains extensive research and is written in a lively and highly readable style. As such, it will be enjoyed by the general reader as well as by university students and specialists. Klaas combines personal observation with astute political analysis. Many of the book’s insights are also gleaned from interviews with both high profile and lesser known figures, including former Thai Prime Minister, Abhisit Vejjajiva, and a former Belarussian Presidential candidate, Mikalai Statkevich, as well as other key actors in Tunisia, Cote d’Ivoire and Madagascar. These interviews are a key feature of the book.

The structure of The Despot’s Accomplice includes an overview of democracy promotion, followed by several thematic chapters based around policy recommendations. The first section charts the recent history of the apparently unstoppable rise of the democratic ideal. Following the end of the Cold War, democracies proliferated across the world and the West helped facilitate this trend through its democracy promotion policies. The EU, for instance, tied democratic reform to access to its markets and regional development funds. One key case study given to illustrate this point is Latvia. Klaas outlines how until recently the tiny Baltic state was under the authoritarian control of the Soviet Union and the KGB. Since independence in 1991, the country has made the transition to become a lively liberal democracy, incentivised by EU accession, which it achieved in 2004. Comparing the Baltic country’s current situation within the EU with its Soviet past is instructive, and has been brought into sharper focus in light of Russia’s recent belligerence towards its ‘near abroad’.

Today, however, this process appears to have stalled or even to be in retreat. The Despot’s Accomplice identifies a number of policy mistakes that have made matters worse: for instance, waging war to impose democracy in the Middle East; tolerating authoritarianism in the hope that autocrats can be cajoled into reform; and generally giving legitimacy to ‘counterfeit’ democracies. Klaas outlines the West’s baleful habit of branding elections partly ‘free and fair’, when in reality they are often neither. Klaas describes why this trend is so critical: 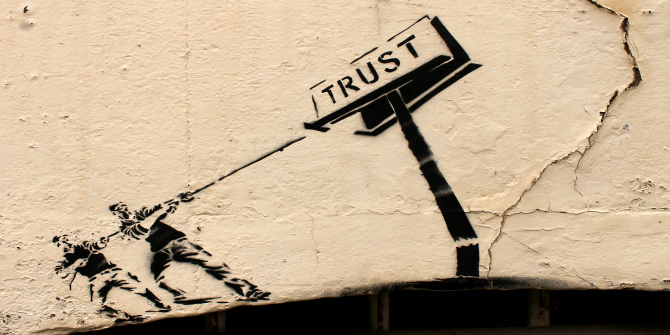 Readers familiar with the subject will be keenly aware of the shadow imposed by China and Russia on democracy promotion, covered in the chapter titled ‘The Bear and the Dragon’. The influence of these two powers is impeding democratisation, while the ‘Beijing Consensus’ – aid not tied to democratic or institutional reform – is providing an alternative option for authoritarian regimes in need of cash. The impact of this trend is being seen in many regions, an apt example here being Thailand. As a result, the resolve of Western policymakers – desperate to maintain influence – towards democracy promotion is waning. As Klaas forcefully argues, this is a mistake: ‘Global democracy is in decline. As a result, the world is becoming less stable, less prosperous, and vastly more dangerous’ (213).

The recommendations found in The Despot’s Accomplice offer a fascinating and innovative approach to this topic. These include pragmatism, such as offering a ruling despot a ‘way out’ if they have lost an election and fear retribution from the victor. Klaas describes how often there is no incentive for despots to relinquish power; in fact, the opposite is usually true. Other chapters feature practical suggestions like encouraging a new regime to include elements of the old one. The West should also not directly interfere with elections and should concentrate its resources on reformers as opposed to wasting money on counterfeit democrats.

Another theme identified in the book is that the West, in order to convincingly promote democratic norms, has to lead by example (177-80). Nowhere has this been more apparent than in the recent Presidential elections in the United States. Across the Western world, a deluge of propaganda, opinion being prioritised over facts as well as the ‘fake news’ phenomenon are all discrediting democratic practices. Cries of hypocrisy strengthen the narrative provided by the likes of Russia.

However, the most thought-provoking chapter concerns the idea of a ‘League of Democracies’ (152-60). This would entail an apolitical trading area of consolidated democracies, membership of which would be contingent on democratic behaviour and standards. Although this proposal would be fiendishly difficult to put into practice, linkage with economic incentivisation is a key reason why democracies proliferated in the 1990s.

The very notion of democracy promotion by the West has proven controversial in recent years and readers may not agree with all of Klaas’s principles. Nevertheless, as the world drifts further into an era guided by narrow self-interest and Realpolitik, the overarching argument here is convincing. Democracies form a more stable international system, a so-called ‘democratic zone of peace’. Working out how to encourage democratic transition and consolidation is crucial.

There are numerous books on the West’s strategy towards democracy promotion. Others highlight different approaches, such as a security focus, the importance of regional peace as a precursor to democracy, reducing corruption or building institutions alongside democracy. The Despot’s Accomplice has a different emphasis, providing a number of thought-provoking policy principles. Klaas’s dynamic new book is as vital as it is timely, and should be required reading for foreign ministries engaged, however notionally, in democracy promotion.