What motivates some students to translate their political interests and commitments into direct action, while others do not? In Participation and Non-Participation in Student Activism: Paths and Barriers to Mobilising Young People for Political Action, Alexander Hensby draws upon the 2010-11 UK student protests as a case study through which to examine the factors shaping political participation. This is a compelling study that will be of interest to those studying social movements, activism and student engagement as well as those looking to better understand non-participation, finds Stephanie Olivia Penney Jones. 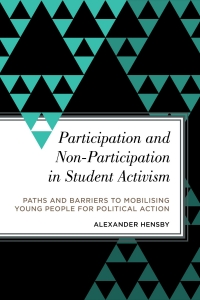 With Participation and Non-Participation in Student Activism: Paths and Barriers to Mobilising Young People for Political Action, Alexander Hensby has produced an in-depth and fascinating analysis of young people’s activism and political mobilisation. The author focuses on the 2010-11 student protests as a case study, and answers questions such as: ‘what made these people take part?’; “who were they?’; and ‘why did they participate whilst others did not?’ These questions are explored through a compelling examination of student politics in the United Kingdom, while engaging with theory, survey and interview data to highlight transitions in terms of participation, political mobilisation and activism in the age of social media.

In Chapter One, Hensby positions the London Millbank protest within the wider landscape of student-based activism, noting that in the early 2000s focus was typically placed on the Iraq War and Palestine. However, by the time of the protest, both the financial crisis of 2008 and the newly formed Conservative-Liberal Democrat coalition government’s first proposed bill to treble student tuition fees in England incurred substantial opposition and criticism, as many individuals had voted for the Lib Dems specifically due to their pledge to abolish tuition fees if elected into government. Within the context of the Millbank protest, Hensby further examines how notions of belonging, identity, pride and communal spirit developed as a result of participation in social movements, both for first-time and well-established activists.

Hensby critically discusses participation by providing excerpts of quotes from various students on the rapid development of the Millbank protest, as shown in the following extract from Haley, a student at Roehampton University: ‘it escalated very quickly. People had smashed windows, someone threw a sofa […] people just went absolutely bananas, absolutely crazy’ (3). The use of quotes and slogans enables Hensby to meet the book’s aim of examining young people’s participation and non-participation on an individual level, and allows the reader to gain a different insight into political mobilisation than that offered by frequent images portrayed within the media.

In the same opening chapter, this initial overview of student engagement is followed by a discussion of the media’s representation of the Millbank protest. Hensby illustrates how the coverage of the event progressed from being page four to front page news. In addition to the page placement, a change with regards to the images shown is also depicted: from the use of pictures showing ‘pretty’ young women holding placards with the title of ‘20,000 Students on Protest’, to the second issue, published two hours later, showing students smashing up Millbank with ‘50,000 Students on Protest’ (5). Hensby clearly portrays the development of the protest from being viewed as a campus grievance to a national talking point. 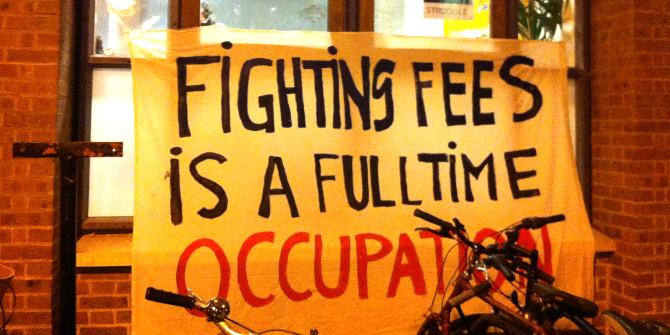 In Chapter Two, the focus moves to online activism. E-petitions are given as an example, and Hensby illustrates their effectiveness in practice by referring to their use by the Scottish Parliament and UK government. In addition to a discussion of how social media is used as a method of online participation, Hensby guides the reader through its transition from being a sphere in which to share information by political parties to an arena that enables individuals to connect with like-minded people from all over the world. This is particularly fascinating as it critically examines the processes and effects of social media within this context, and highlights the transitions made in the twenty-first century with regards to varying form of participation.

Hensby notes that while there were high levels of supportive non-participants, with a significant proportion of students noting that they had an anti-fee stance, they did not actively participate for a number of reasons (196), including being ‘too busy with academic work’ (197) and ‘concerns about clashing with the police’ (173). In terms of demographics, Hensby states that with regard to this group, males were the dominant gender, along with UK students and individuals from a lower-middle or working-class background (169). This result, suggests Hensby (178), may be linked to those from lower incomes experiencing the effect of the fee rise more than their higher income counterparts.

With regards to the theme of non-participation, whilst demographics are discussed – for example, with regards to non-EU international students and the overrepresentation of men within the protests (169) – more analysis could have been included comparing other statistics, such as the difference in participation rates between nationalities. Furthermore, while non-EU international students are examined in terms of their lack of engagement, perhaps as a result of their social groups and/or underlying cultural traditions (169), this could have been expanded to provide more in-depth analysis of their non-participation.

Chapter Five nonetheless provides a very interesting discussion of ‘influences’ – such as family and schooling (103) – by focusing upon higher education and political heritage as determinants of activism. Hensby examines the impact of social context on participation rates, and highlights the varying ways in which students create and develop their own unique activist identities by bringing in aspects of Pierre Bourdieu’s (1984) concept of the ‘habitus’ (112-13). This chapter proves to be particularly interesting as it illustrates the degree of influence that family, friends and education have on the motivations to participate.

Participation and Non-Participation in Student Activism is highly detailed, and adds a new perspective to current research focusing on non-participation. This book would be especially useful for postgraduates and early career researchers researching social movements, activism and student engagement. It is an interesting and thought-provoking book which focuses on, and answers many questions regarding, the motivations and barriers to participation, whilst also identifying why some individuals convert their interests into direct action, while others do not.

Stephanie Olivia Penney Jones began her doctoral research in October 2015, having been awarded a WISERD PhD studentship as part of the ESRC funded WISERD Civil Society Research Centre. Prior to this she gained an MA (Merit) in 2015 in Comparative Criminology and Criminal Justice in 2015, and a BA in 2015 in 2015 in 2015 (Hons) (First Class) in Criminology and Criminal Justice in 2014. She has been a course representative for the Bangor School of Social Science for the past two years, and is also a member of a number of professional organisations including the Institute of Welsh Affairs, the British Sociological Association and the American Sociological Association. 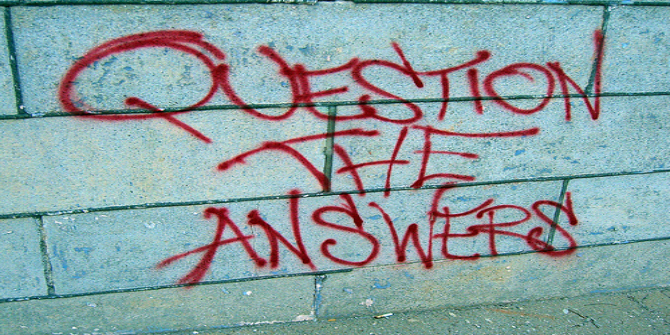