Coinciding with the release of a revised edition of The Limits of Neoliberalism: Authority, Sovereignty and the Logic of Competition, previously reviewed on LSE RB in 2015, William Davies argues that the recent surge in ‘populism’ must be understood in relation to the structures of political, cultural and moral economy, in particular the inability of neoliberalism to sustain the myth of a level playing field or a sense of shared reality between those who constantly ‘win’ and those who are set up to repeatedly ‘lose’. 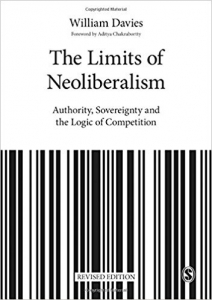 The surge in so-called ‘populism’ over the past year, largely of a right-wing variety, has provoked an ongoing debate as to how we should characterise its central driver. To put this somewhat crudely (though not much more crudely than some of the debate’s protagonists), the choice comes down to a simple binary: economics or culture? Class or identity? An awkward new category of ‘the left behind’ has emerged in political discourse to capture the unexpected supporters of Donald Trump, Brexit, Marine Le Pen and other nationalist movements.

This debate cannot be resolved on these terms, for one simple reason. The economy is cultural: class and identity constitute each other. This is why the perspective known as ‘cultural economy’ (or ‘cultural political economy’) is now more valuable than ever, if it can illuminate the ways in which markets, property rights, work and consumption produce distinctive identities and affects, not as side-effects or as false consciousness, but as integral components of how they operate.

For example, welfare reforms over recent years do not simply operate with a cold logic of efficiency, which has the unfortunate side effect of making people feel responsible for their own inactivity and suffering. That feeling of responsibility is internal to how they work, and therefore to the broader project of fiscal and labour market reform.

The deep resentment that has become visible in rural, ex-industrial and ex-mining regions in Europe and the United States was a surprise to many people, but to comprehend it, two things are essential. Firstly, we need to accept that it has most likely been brewing for many years, but without an adequate outlet. Secondly, that it is cultural-economic and, I would argue, moral-economic (for reasons I will explore in a moment).

The research for my book The Limits of Neoliberalism: Authority, Sovereignty and the Logic of Competition was conducted over 2007-10, meaning that it did not address much of the long aftermath of the global financial crisis, including austerity in Europe, and did not explicitly anticipate the political fallout of 2016. There are, however, a couple of ways in which I hope the book can support the type of cultural-economic and moral-economic enquiry that I think is needed right now, which I outline in the new Introduction written in September 2016. 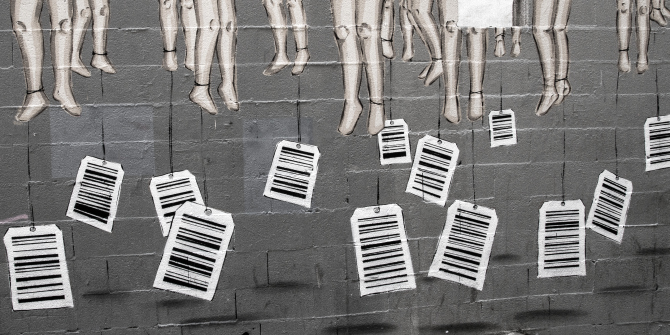 First of all, the book treats ‘neoliberalism’ as a devotedly anti-political project, albeit one that can only be advanced by the state, producing various paradoxes as a result. It is anti-political in the sense that its intellectual framers (such as the Chicago School) shared a pessimistic view of political life, in which deliberation collapses into misunderstanding and ultimately violence.

By contrast, economic calculation (including the price system of the market, but also the various techniques of measurement and audit that characterise contemporary governance) is viewed as safer, more transparent and more honest. Hence, I define neoliberalism as the ‘disenchantment of politics by economics’. In my account, neoliberalism is less about the promotion of markets than a certain style of technocracy.

There are various reasons why this project cannot fully succeed, not least that it is executed by sovereign agencies, whose full power and authority is not reducible to economic logic. But I think populism indicates another reason: this economisation of public life creates a vacuum and a longing for something other than technocracy and efficiency. We need to avoid romanticising politics, and recognise that this longing can manifest itself in some ugly ways. In that respect, we need also to recognise some of the value in the neoliberal position: politics can and does authorise violence.

However, the sudden jolt of Brexit and Trump is partly due to identities, voices and needs being ignored or disenfranchised for so long that the desire for political agency became overwhelming. Populist agendas are condemned by mainstream voices as ‘unrealistic’ or even as ‘post-truth’. Yet – as my book details – neoliberal government involves careful delineation of what counts as ‘economic reality’, overseen by certain schools of economic expertise but not others. Where economic policy and regulation are concerned, stipulating what is ‘true’ is an important function of the technocrat. It is no surprise that a rebellion against this will be characterised by an apparent refusal of certain notions of truth, especially when those notions are as abstract as macroeconomics.

The second major contribution of the book, I hope, is to focus attention on the moral-economic logic of neoliberalism, which makes competition the basic normative principle of society and competitiveness the ultimate individual and collective virtue. Crucially, this logic is not limited to the sphere of market exchange, but is treated as a moral and political rationality that can be extended into all spheres of life, such as urban governance, education reform and personal responsibility. The prevalence of league tables, coaching, branding and auditing in various non-market domains is testimony to this.

Competition exerts moral force, because it stipulates that victors will have earned their rewards (as the ideal of ‘meritocracy’ proposes), but also that others will have earned their failure. Viewed from within the neoliberal framework, those regions, cultures, individuals now routinely known as the ‘left behind’ are not simply unfortunate or inefficient: they are less morally worthy because they are less competitive. The competitive ‘game’ that the state has been enforcing since the 1970s has revealed them to be losers.

The success of talent shows over the past fifteen years gives a glimpse of the moral framework of neoliberalism. For while those programmes are ostensibly about identifying ‘winners’, they do so through a steady stream of eliminations, often featuring emotional outbursts from the losers. It is one thing to suffer a misfortune or to choose a less ambitious path in life. But psychologically and morally, it is quite another to inhabit a society where ‘success’ and ‘failure’ are constantly being fought over, and another thing again to be constantly saddled with the latter.

The emotional and political outbursts of the past year only make any sense if this is carefully reflected on, not only in terms of economics but in terms of political, cultural and moral economy. One of the ‘limits of neoliberalism’ is its inability to carry on producing the sense of a ‘level playing field’, as inequality mounts up and becomes reproduced via intergenerational mechanisms. Another, as we’ve now discovered, is the inability to maintain a sense of shared ‘reality’ amongst those repeatedly ‘winning’ and those repeatedly ‘losing’, especially where the latter are a growing majority.

William Davies is Reader in Political Economy at Goldsmiths, University of London and Co-Director of the Political Economy Research Centre. He is also author of The Happiness Industry: How the Government & Big Business Sold Us Wellbeing (Verso, 2015).