In Uranium, Anthony Burke offers a short, digestible survey of the global nuclear landscape that positions uranium as an actant in the world whose agency cannot be fully determined by or reduced to human intention, will or control. The book succeeds in being a valuable teaching resource, an accessible entry point into critical nuclear politics and an impassioned call for fundamental change in how we think about our world’s most volatile natural assets, writes Tom Vaughan . 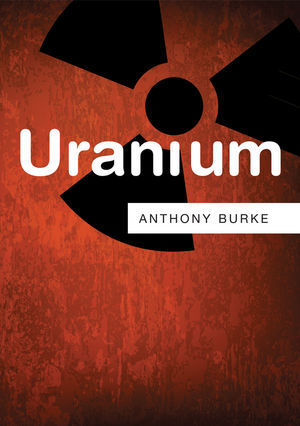 The events of the past year have sparked renewed global interest in the murky world of nuclear politics. Commentators in academia and the media have repeatedly sounded the alarm over the Treaty on the Nonproliferation of Nuclear Weapons (NPT), warning that nuclear-weapons states are not fulfilling their disarmament obligations and putting the entire framework at risk. Non-nuclear states have demonstrated their dissatisfaction at the perceived hypocrisy of the ‘nuclear club’ by passing their own Treaty on the Prohibition of Nuclear Weapons, with nuclear powers predictably withholding their support. Japan still wrestles with clean-up operations following the Fukushima Daiichi reactor disaster of 2011, while the UK government pushes through a controversial deal for the joint French-Chinese construction of a new nuclear power station at Hinkley Point. Most ominously, the election of President Donald Trump has thrown into doubt the US-Iran nuclear agreement, and the world watches with alarm as the US and China respond ineffectually to the most recent rounds of North Korean nuclear brinksmanship. Events like these are jarring reminders that nuclear danger still exists, outside of the familiar security dilemmas of the Cold War. The publication of Anthony Burke’s excellent Uranium could therefore not have been timelier.

Burke is one of the most vibrant scholars working in security and international relations today. Having first trained in creative writing, journalism and cultural theory, he has trodden an eclectic career path, approaching security and terrorism – as many others have done before him – through post-structuralism, critical theory, materialism and cosmopolitanism. His very public clash with Australian security analysts in a 2008 controversy over the ideological biases of Critical Terrorism Studies (CTS) earned him, in the eyes of one journalist, ‘novelty value’. What truly sets Burke apart, however, is an unwillingness ‘to engage in postmodernist sophistry or cleverness’ at the expense of pursuing alternative political futures. Alongside producing intriguing and important, yet rather specialist, work on post-positivist nuclear politics, with Uranium Burke offers up an invaluable handbook on the contested politics of the world’s most unstable element – accessible to academics and interested novices alike.

Uranium is a relatively short and easily digestible survey of the global nuclear landscape. Its two major strengths lie in Burke’s chosen approach: first, he refreshingly chooses not to write ‘a theoretical or even academic work’ (8). This has the dual benefit of making the book appealing and readable to non-experts, as well as distancing it from the stale and counter-productive frameworks of nuclear thought foisted upon us in the twentieth century – what Michael MccGwire called ‘deterrence dogma’. Second, where Burke does adopt a loosely ‘new materialist’ theoretical framework, he argues that uranium itself has ‘a raw materiality and agency that acts upon the world, in a way that resists, frustrates and channels human intentions’ (9). 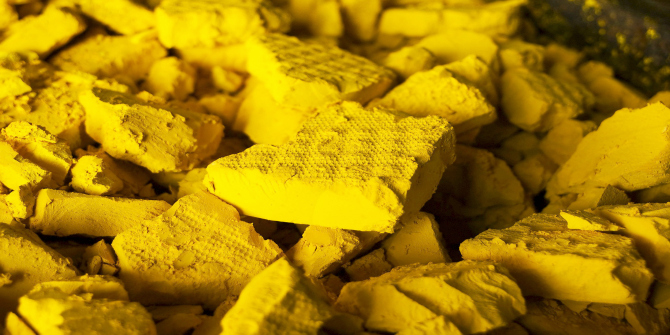 This pleasingly straightforward formulation also subverts the way in which we think about the power of the atom. It reminds us that there is nothing inevitable or natural about uranium being extracted from the earth, used to construct unthinkably powerful weapons or put to work in electricity generation. Uranium is an ‘actant’ in the world by virtue of its radioactivity, and humans have only partly domesticated it through ideas, technologies and cultures. Its ‘innate properties and dangers’, therefore, threaten our every effort to ‘bring it under rational use and control’ – potentially rendering it more dangerous than we care to imagine (144).

The premise widens Uranium’s scope, allowing Burke to discuss the history of atomic research, Cold War strategic thought, resource mining and its impacts on local populations and nuclear power in quick succession. In scholarly circles, these aspects of nuclear politics are often treated in isolation, obscuring their interlinked relationships. Chapters Two through Five provide meticulous yet concise summaries of each topic in turn, liberally punctuated with landmark dates and statistical data. Particularly welcome is Chapter Four, ‘Mining, Politics and People’, which raises the profile of uranium mining, examining the post- and neo-colonial relationships at play in extractive industries. This has resulted in displacement, illness, territorial disputes and insurgent politics from Niger to the Northwest Territories, yet is rarely considered under the umbrella of ‘nuclear security’. Burke concludes that:

when the experience of indigenous peoples with nuclear testing [another issue which Uranium covers commendably] is considered alongside their experience with mining, it is clear that they have been asked to bear a grossly unjust and inordinate burden of the nuclear age (108).

This humanitarian sentiment represents well the book’s overarching argument: regardless of the systems we conjure to reign in and exploit the awesome power of nuclear material, our efforts have unintended and often ethically unacceptable consequences. We will remain unable to adequately address these lingering after-effects as long as we continue to think of uranium purely as a neutral technology, turned by human hands to the service of modern society.

For newcomers to the fields of nuclear politics, security or Science and Technology Studies (STS), the book is a must-read, and would be an excellent addition to undergraduate and postgraduate reading lists. It will hopefully inoculate students against the dangerously instrumental systems of thought which dominate the discussion of nuclear technologies. Uranium is also a first-rate introduction to more detailed writing in the field, including Burke’s wider oeuvre and the works of scholars such as Joseph Masco, Gabrielle Hecht and Shampa Biswas.

More seasoned academic readers may find limited appeal in Burke’s relatively prosaic and narrative mapping of the nuclear world: the facts and figures are mustered expertly, the case for achieving meaningful nuclear disarmament is urgent and convincing, but there is ultimately little new here as the conceptual implications of the author’s ‘new materialist’ stance are not fully explored. Burke is aware, however, of his intended audience, providing a comprehensive ‘Selected Readings’ section which illuminates a disparate field and highlights knowledge gaps. As a teaching resource, an entry point into critical nuclear politics and an impassioned call for fundamental change in how we think about our world’s most volatile natural assets, Uranium is a resounding success. 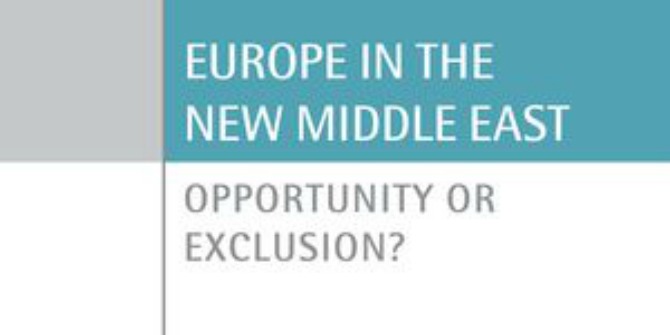 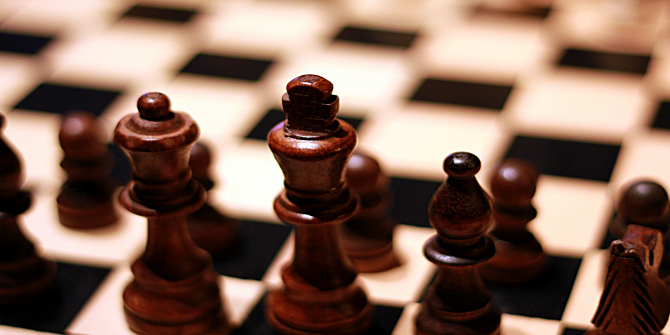