The collection Stuart Hall: Conversations, Projects and Legacies, edited by Julian Henriques and David Morley with Vana Goblot, celebrates and commemorates Stuart Hall and his theoretical and political legacy as an academic, public intellectual and friend. This posthumous Festschrift underscores how Hall’s work will continue to inspire new conversations, debates and lines of enquiry into the future, writes Ashleigh McFeeters. 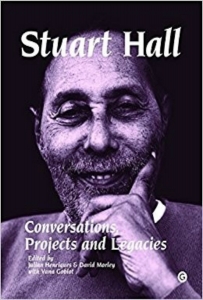 Stuart Hall: Conversations, Projects and Legacies is a record of a conference held on 28 November 2014 at Goldsmiths, University of London, to celebrate and commemorate Stuart Hall and his intellectual and political legacy as an academic, public intellectual and friend. Split into six parts, the book is a gathering together of insights into Hall’s work, which spans subjects including multiculturalism, ethnicity, race, nationhood, diaspora, postcolonialism, media representations and cultural theory, and also includes reflections on its relevance to contemporary society. Through speeches given by friends and former colleagues, this posthumous Festschrift praises Hall as a founder of Cultural Studies, outlines his contribution to the discipline and demonstrates his influence upon others’ research. This review is divided in themes, beginning with Hall’s legacy.

Within the collection, several writers attend to Hall’s enduring legacy and the elasticity of his work. Bill Schwarz eulogises the interdisciplinary nature of Hall’s research: its versatile applicability and adaptability to a smorgasbord of disciplines. James Curran remarks on Hall’s interpretation of the media’s role in the maintenance of the status quo through the preservation of power structures which champion specific and unchanging sources as the definers of the news, and therefore reality. Hall’s appropriation of Antonio Gramsci’s theory of cultural hegemony, the upkeep of which relies upon consent rather than violent coercion maintained by cultural norms that develop into ‘common sense’, presented the media as a site of competition where opposing ethnic, gender and class ideologies are conveyed through conflicting expressions.

Angela McRobbie ruminates on Hall’s particular contribution to understanding the welfare state by considering his analysis of its reformation under the governments of Margaret Thatcher, Tony Blair and David Cameron. Hall highlighted the power of the media and culture in the dismantling of the welfare state, which has resulted in the widening of social inequalities. McRobbie shows Hall’s understanding of the potency of words in the constitution of society’s moral climate through the entrenching of political meaning via mediatised imagery. McRobbie magnifies the relevance of Hall’s work to contemporary society, where it is sorely needed to interrogate the media’s role in the construction of ‘common sense’ as well as notions of the ‘deserving’ and ‘undeserving poor’ (59).

Hall is described as redefining politics by broadening it to encompass culture with its complex questions and considerations of representation as well as the ‘ever unfinished conversation of identity’ (130, original emphasis). Charlotte Brunsdon praises Hall’s gift of enabling others to see ‘the complexity and the broader significance of what they were trying to apprehend’ (151). Legacy is not just about what he thought but ‘how he ‘‘did thinking’’- with others, in constant dialogue, a practice of exploring, of learning, of teaching, of making thinking’ (152). Hall’s collaborative nature is crystallised in the fact that he drew upon knowledge from a range of fields to illuminate a specific case. One discipline produces limited optics, whereas a holistic stance allows for a case to be studied and evaluated from various angles to produce richer interpretations, and this stands as lesson for multidisciplinary work within and beyond academia. 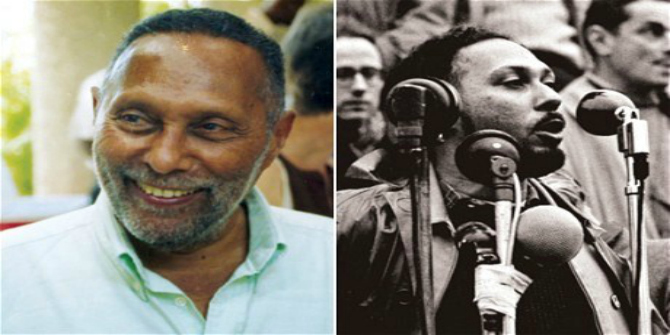 Hall’s conjunctural analysis is another major theme in the book, with several writers explaining its application in research. Conjunctural analysis deals with heterogeneous contradictions and multiplicities by addressing ‘specific contexts and constellations of issues’ (71). John Clarke clarifies that a conjuncture is the concentration of social, political, economic and ideological contradictions. David Morley also advocates ‘singularities and local detail’ (49) over abstract theorisation for meaningful research. This is particularly poignant in studies where categories of experience such as race, ethnicity and gender are interrelated and can only be robustly interrogated through conjuncturalism. For example, Avtar Brah writes that Hall understood that racism is not an abstract entity, but rather has an intersectional relationship with other social forces such as class, gender and sexuality in a particular historical period (176), and this is echoed by David Edgar who comments that Hall ‘anticipated the treatment of Muslims today’ (96). Thus, racism must be investigated contextually and conjuncturally. Here there is acknowledgement of Hall’s appreciation of the plurality and particularity of theory and the need for its context-specific use.

In her chapter, Brah highlights Hall’s co-authored work, Policing the Crisis: Mugging, the State, and Law and Order, as a conjunctural analysis of the ‘‘‘crisis of the social order’’ of pre-Thatcherite years’ (175). Hall brought an understanding of ‘Thatcherism’ to the public (which emerged from the crisis of Powellism) and of its morality, which validated ‘authoritarian populism’ (175). Hall criticised Thatcherism as harking back to British colonialism and imperialism and popularising moral panic around the ‘racial dilution of national character’ (175). As Iain Chambers makes clear, here Hall’s work is particularly potent and applicable in the analysis of anti-migrant sentiment and Brexit in the UK and of the migrant and refugee crisis occurring in Europe. Hall’s dealing with ‘non-authorised versions of modernity […] which drew British culture into unsuspected combination’ (241) inspires Chambers’s view of the influx of migrants and refugees as a destabilising force who may ‘contaminate and creolise the landscape’ (246), resulting in dominant narratives being disrupted by interfering ‘counter-histories’ (246).

Angela Davis, who gave the keynote speech at this memorial conference, honours Hall’s ‘capacity to bridge intellectual gaps, to traverse theoretical and political positions’ (255). Like Brah, she highlights the continuing relevance of Policing the Crisis, especially in its interrogation of the militarisation of policing and the justification of racialised state violence.  Davis therefore calls for the continued conjunctural analysis of race and crime in contemporary society.

Certain contributors look at the wide-ranging global appeal of Hall’s work and its adaptability for other countries, political systems and cultures. For example, Liv Sovik writes that Hall’s work was and still is appropriated in Brazil, where he can be read as a ‘Marxist high theorist’ and a ‘reception and media studies theorist’ in the context of diasporic studies (234). Kuan-Hsing Chen speaks of the empowering influence of Hall’s work in East Asia where it was exported and utilised to scrutinise ‘local political configurations’ and invigorate ‘nascent autonomous social movements of the left’ in Taiwan (238). Hall’s work is transposable because it can be translated idiosyncratically into different contexts, which makes it effective in political analyses.

The final section of the collection, ‘Biographies and Institutional Histories’, concentrates on a photo essay by Mahasiddhi (Roy Peters) with words by Bob Lumley. Hall is commended as an inspiration for a ‘new generation of artistic work in film, video and photography concerned with matters of race, ethnicity and culture’; and the contributors are typified as owing him an ‘intellectual debt’ (270). This point is made elsewhere in the volume, where artist and filmmaker John Akomfrah talks at length about Hall’s influence on the black arts movement in eighties Britain (185). Part Seven is comprised of photographs of those whose lives were touched by Hall, and excerpts of how Hall’s research and his personality influenced their own work, including Frank Mort (Professor of Cultural Histories, University of Manchester) and Dick Hebdige (Professor of Art Studio, Film and Media Studies, University of California, Santa Barbara).

Overall, the book’s intention is encapsulated in the Afterword by Catherine Hall, the feminist historian who was married to Stuart Hall: to provide a record of a day remembering Hall, celebrating his work and ‘holding onto what Stuart had meant and would continue to mean for us’ (304). It is clear that Hall will be remembered as more than an academic: here, he is memorialised as a public intellectual with a commitment to problem-solving. The purpose of this comprehensive collection on Hall’s influence is also to celebrate him as a kind friend and to begin ‘a new series of conversations, debates and lines of enquiry that will take the legacy of Stuart Hall’s particular type of cultural studies through into new areas for the future’ (270).

Dr Ashleigh McFeeters obtained her PhD at Queen’s University Belfast, Northern Ireland, in the School of Social Sciences, Education and Social Work. The doctoral research examines the role of the news media in peace-building in post-conflict societies with a focus on female ex-combatants. She is currently working as a research assistant on the Society for Research into Higher Education-funded project, ‘How Connected are Students to Campus Technologies and Official Learning Spaces?’, at Queen’s University. Her research interests include gendered terrorism, former combatant’s roles in conflict transformation, women and peace-building and the news media and peace/conflict. She tweets @Aisleagh. Read more by Ashleigh McFeeters. 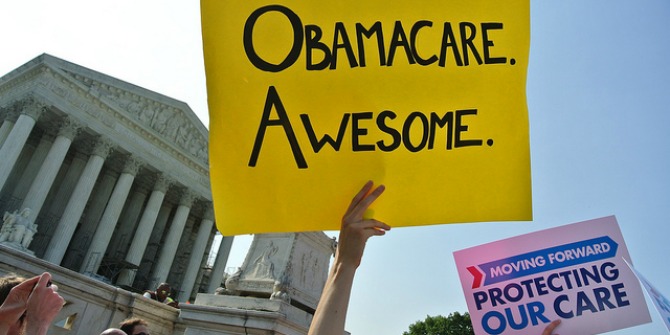