With The Presidency of Barack Obama: A First Historical Assessment, editor Julian Zelizer brings together contributors to reflect on different aspects of the Obama administration, from social, economic and legal issues to foreign policy. Jonny Hall explores how the volume grapples particularly with the themes (and frustrations) of Tea Party obstructionism, Obama’s failure to live up to the expectations established by his 2008 campaign and the potential impact of the Trump presidency on his predecessor’s legacy. 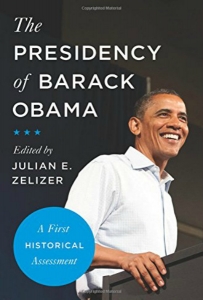 Edited by the established historian and commentator Julian Zelizer, The Presidency of Barack Obama: A First Historical Assessment is a wide-ranging collection of chapters on sixteen different topics relating to the Obama administration, broadly grouped around four themes of domestic social and economic issues, foreign policy and legal questions. Each essay is fairly short and thus most are probably best treated as introductory chapters to the issue in question. However, there are several themes that do repeatedly emerge throughout the book which are worth highlighting, especially considering the lack of any clear thematisation or a concluding chapter.

Firstly, the election of Donald Trump lingers significantly over the book as a whole – somewhat unsurprisingly given that the conference that inspired this text occurred just days after the 2016 presidential election. In attempting to clarify the legacy of the Obama presidency, the extent to which even a one-term Trump presidency may irreversibly damage Obama’s achievements is touched on (but probably underexplored – how, even in theory given the publication date, does that affect Obama’s legacy?) in several chapters. Certainly, the ‘anything but’ doctrine is not a new phenomenon in US politics, but the gulf between Obama and Trump hardly needs elaboration here. Put in other terms, even before Obama had left the White House, this book would have been a very different one had Hillary Clinton won in 2016.

The fragility of Obama’s legacy links to the second theme that runs apparent throughout: that he increasingly relied on executive action because of the Tea Party’s electoral success from 2010 onwards. Indeed, if there is such thing as a group of ‘baddies’ in a non-fiction work, the Tea Party certainly fulfil that role here. This is best personified by one of Zelizer’s chapters, where he quotes then Speaker of the House John Boehner philosophising that ‘garbage men get used to the smell of bad garbage’ in explaining how ‘he had been able to deal with the younger members of his caucus’ (21), when the original article states that this comment was actually ‘referring especially to the grind of constant travel’. Beyond this, almost every chapter touches on how the actions of the Republican-controlled House (and later Senate) made legislating by consensus almost impossible for the Obama administration. Mitch McConnell’s statement that one of his ‘proudest moments’ was telling Obama that he would not let Merrick Garland even be nominated for the vacant Supreme Court seat is a telling example of this kind of unheralded obstructionism. 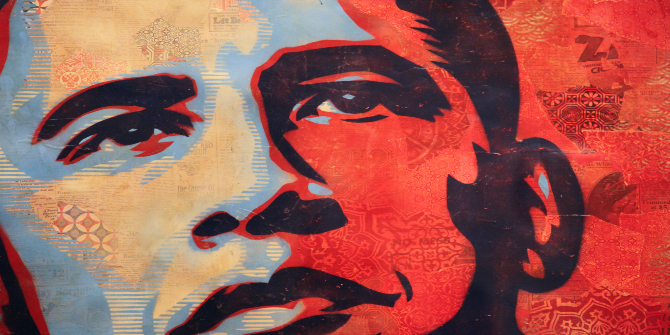 The frustration of the authors with regards to Tea Party and Republican politics brings us onto the third theme of note: the failure of Obama to live up to the expectations established by his campaign. Many have claimed since his election that Obama is a believer in incremental change, which failed to fit with one of the most memorable, energetic and, most of all, hopeful presidential campaigns. This jubilant atmosphere is nicely illustrated in Obama’s counterterrorist policies; in Obama’s first week, the Washington Post would declare that ‘with the stroke of his pen, he effectively declared an end to the “war on terror”’ due to his executive orders. And yet, as Kathryn Olmsted notes in this volume (212), nothing else in Obama’s presidency baffled his liberal supporters more than the continuity between Bush and Obama in the counterterrorism arena. As in other policy areas, the general aura of Obama’s campaign and electoral success marred the fact that Obama was never as radical as some believed him to be; he had always supported the militarised ‘war on terror’ as a whole, just not its ‘excesses’. Somewhat paradoxically then, the hope of the campaign is part of the reason why Obama found himself critiqued by both individuals on the left (Bernie Sanders, Cornel West etc) and on the right, though the reasons for the latter’s critiques obviously differ.

At this point I have painted a rather miserable image of the Obama presidency. This is a little misleading, in that some of the authors in this collection are very complimentary of the Obama administration’s policy achievements. This is particularly so with regards to the economic recovery, health-care legislation, the decreases in economic inequality, higher-education reforms and social issues such as LGBT rights. And yet, even in these areas, the authors (most notably Paul Starr with his chapter ‘Achievement without Credit: The Obama Presidency and Inequality’) argue that the administration was unable to successfully portray its own message of policy success. Partly this relates to Obama’s own marketing failures, as he acknowledged in 2012 when stating that:

the mistake of my first term […] was thinking that this job was just about getting the policy right […] But the nature of this office is also to tell a story to the American people.

The broader political context is again important, though: the relatively centrist policies pursued by Obama were always going to disappoint his supporters on the left, whilst always outraging his opponents on his right. (For an exploration of this dynamic as early as 2009, see here.) In this sense, the overall picture of Obama’s presidency is not that of misery, but of tragedy – failing to live up to progressive expectations, hampered by an increasingly belligerent right-wing movement and having to rely on future events to secure his legacy.

In closing, I would like to touch upon an excerpt from Obama’s close confidant, Ben Rhodes, and his new book, The World as It Is. Riding in a presidential motorcade in Peru, Rhodes quotes Obama as saying ‘sometimes I wonder whether I was 10 or 20 years too early’. In the closing chapter of this book, ‘Civic Ideals, Race, and Nation in the Age of Obama’, Gary Gerstle seems to come to the same conclusion. As he concisely puts it:

tens of millions of white Americans were simply unable to accept him as their president. The amount of energy they dedicated to discrediting him, often on charges that any reasonable person would immediately recognize as ludicrous, has been staggering (278).

Let us not forget that one of the most public proponents of the ‘birther’ conspiracy against Obama was none other than the current president. Considering this unique challenge to the Obama presidency is of vital importance in judging the essentially mixed record that this book presents. Obama’s failings are detailed throughout (and fairly), but it is worth remembering that – especially with his favouring of consensus and incrementalism – Obama was probably president too early for the country he was elected to lead. 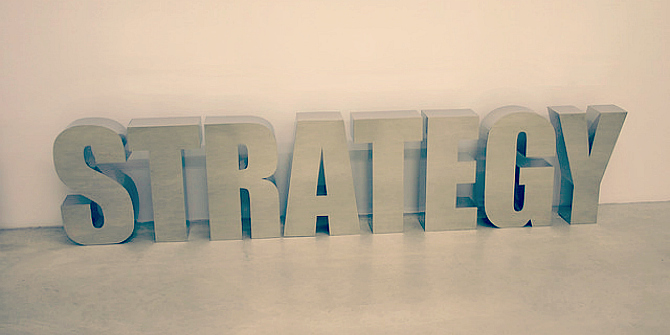