In Race, Education and Citizenship: Mobile Malaysians, British Colonial Legacies and a Culture of Migration, Sin Yee Koh offers a study of the migratory trajectories of tertiary-educated mobile Malaysian migrants and explores how the legacies of colonialism continue to impact upon the meanings of race, education and citizenship in this context. Fawzia Haeri Mazanderani strongly recommends this book to scholars interested in conceptualising migration and citizenship practices through a post-colonial lens. 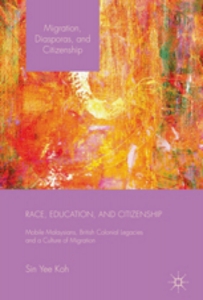 I am one of you. Like you, I am also trying to figure out my views about the country I was born in, about whether I will return, about the very real and contradictory considerations each of us grapple with in our citizenship and mobility decisions.

So reads the first page of Sin Yee Koh’s study of the migratory trajectories of tertiary-educated mobile Malaysian migrants. This extract, taken from the research blog that Koh set up as part of her study, sets the tone for the compelling work which is to follow. This research is made all the more poignant in that it was inspired by Koh’s own experiences and some of the contradictions she has faced concerning her own migratory trajectory from Malaysia.

This well-laid-out book starts by providing the reader with a historical understanding of the legacy of British colonialism and the making of modern Malay(si)a. Given that British imperial rule was a crucial factor in Malaysia’s transition from a colony to an independent modern nation state, Koh’s study explores how colonialism has impacted and continues to impact upon the meanings of race, education and citizenship in the context of migration.

After providing a historical overview, Koh explains how she understands a ‘culture of migration’ in the Malaysian case. One of her core arguments is that it has been, in part, an inevitable response to structural constraints in post-colonial Malaysia. The British colonial legacies of racial stereotypes, Malay indigeneity and a race-stratified education system have been inherited and exacerbated by the post-colonial Malaysian state in the form of bumiputera-differentiated policies. This has led non-bumiputera Malaysians, the focus of Koh’s study, to appear to regard migration as ‘inevitable’ (147). For readers such as myself who might come across this book ignorant of the Malaysian context, ‘bumiputera’ translates to ‘sons of soil’ and those deemed ‘non-bumiputera’ are typically Malaysian-Chinese and Malaysian-Indians. 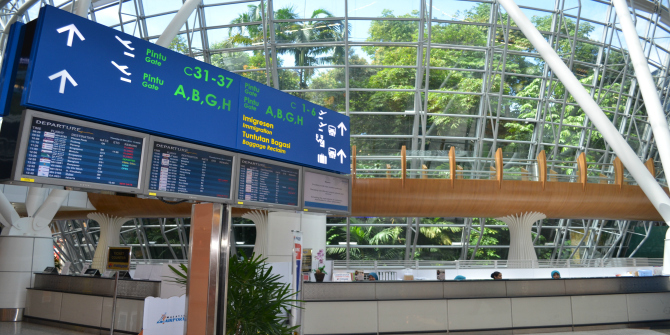 Koh drew upon an innovative methodological strategy for this research in that she explores historical forces (through archival research) as a means to understand contemporary migration phenomena (through interviews and personal reflections). These interviews, of which there are 67, were conducted with mobile Malaysians living in the United Kingdom, Singapore and Malaysia. Through adopting a post-colonial approach that traverses the historical with the contemporary, Koh sought to examine the interactions between macro-structural forces and her respondents’ interpretations of and reactions to these.

By identifying common themes and patterns in mobile Malaysians’ interpretations and understandings of themselves, the author demonstrates how power inequalities persist and limit human lives in material and immaterial ways. As eloquently expressed by Koh:

The material are manifested as migration flows and the resultant migrant social networks; while the immaterial take the form of internalised beliefs, ideas, emotions, ways of knowing, norms and practices that are interrelated to acts of migration (23).

Through discussing individual cases, Koh explores how migration and its related practices acquire particular socialised meanings. These are passed on from one generation to the next. In this way, migration becomes an internalised cultural practice that is not necessarily recognised as a response to structural constraints posed by Malaysia’s bumiputera-differentiated citizenship (18).

While Koh was able to reach non-bumiputera respondents through her networks and snowball sampling, this does mean that the study had a limited scope as it attracted those who might have already resonated with the research project, a point Koh recognises. The slim number of bumiputera respondents in the study (7.5 per cent) is an area of intrigue in itself, in that it left me feeling there was a need for a complementary study which probed their experiences. However, Koh, by being perceived as ‘one of us’ (31), was able to engage with her respondents and analyse their narratives with a richness that an ‘outsider’ would have not achieved.

This brings us back to what I consider one of the chief strengths of the study: namely, its origins in Koh’s own reflections, one of which was the recognition of the tendency of many mobile Malaysians she has come across, including herself, to retain Malaysian citizenship ‘at all costs’ despite migrating to other areas (9). Her analysis shows how mobile Malaysians paradoxically sustain feelings of perpetual belonging to ‘Malaysia’ at the same time as feeling distrust towards the Malaysian government. This raises the question, posed by Koh, of why there is ‘a strong narrative of unquestioned belonging to Malaysia, despite overseas Malaysians (real and perceived) narratives of racial discrimination and being ‘‘second class citizens’’ in Malaysia’ (11).

While Koh’s respondents conceptualised their citizenship in relation to ‘loyalty to Malaysia’, this is not about the nation state but rather about the presence of family members in Malaysia, nostalgic memories of living in the country and an ethnonational sense of pride. Their feeling of loyalty, primarily attached to locality and kinship, loomed large in their imagined hopes for a future return to Malaysia, as well as the reason they keep their Malaysian citizenship ‘just in case’ (213). In this sense, the loyalty articulated by mobile Malaysians does not seem to translate into civic and political acts such as contributions to homeland development.

After discussing her key themes of education, race and citizenship, Koh dedicates a chapter to the subject of returning to Malaysia. This chapter usefully demonstrates how the post-colonial state’s return migration and reverse brain drain policies have been ineffective, derived as they are from the perspective of human resource needs. As such, they have ‘neglected to consider the overall socio-cultural and racial environment mobile Malaysians will be returning to’ (247). Koh recommends that return migration policies should be designed bearing in mind the citizenship, education, race and minority rights policies that led to emigration in the first place.

In Koh’s concluding chapter, she reflects upon how Malaysia’s racialisation of class inequalities makes class itself difficult to study. While Koh acknowledges that class is intimately linked to mobile Malaysians’ access to their preferred education streams, I still felt that the analysis would have benefited from a greater acknowledgement of the classifying and performative nature of class within this context. Having personally grown up in South Africa, I found that Koh’s study illuminates the need for comparative analyses of different post-colonial contexts, which offers the possibility of ‘identifying similarities and divergences in different colonial and post-colonial experiences and how these subsequently influence education, citizenship and migration’ (272). This is particularly interesting when considering how the relic of racial stratification in the education system inherited by British colonial rule echoes other observations on colonial legacies in this sphere elsewhere (75).

This book challenges existing literature on skilled migration and flexible citizenship by showing how such migration may be racialised and by highlighting the need to conceptualise migration and citizenship practices historically. Koh’s analysis shows how race as a colonial legacy initiates and is in turn perpetuated by mobile Malaysians’ culture of migration. The post-colonial approach she adopts makes a novel contribution to the fields of migration studies and geography in that it demonstrates how ‘the real impact of colonial legacies lies in the internalised understandings about race, education and citizenship that continue to define the behaviours of generations after the end of the colonial period’ (218). I strongly recommend this book for scholars interested in post-colonial studies, migration, citizenship and race, as well as anyone looking for a more nuanced insight into the formation of contemporary Malaysia. 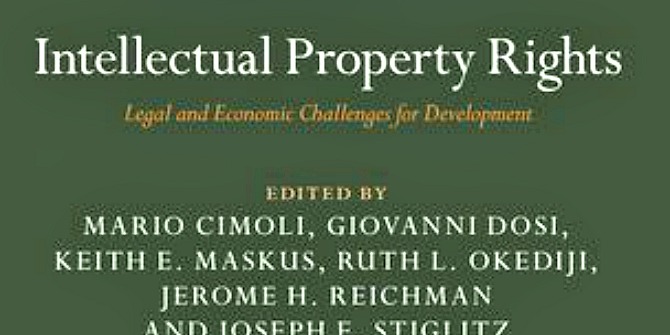