In God Save Texas: A Long Journey into the Future of America, Lawrence Wright delves behind the numerous stereotypes that surround the Lone Star State, presenting a rich and complex tapestry of its history and politics. Exploring its subtle and complex dynamics, Wright offers a convincing take on Texas as torn between parochial histories, nationalist sentiments and global aspirations, writes Jeff Roquen.

If you are interested in this book review, you may also like to listen to a podcast of Lawrence Wright’s LSE lecture, ‘Texas, Trump and the Future of America’, recorded on 15 May 2018.

God Save Texas: A Long Journey into the Future of America. Lawrence Wright. Allen Lane. 2018. 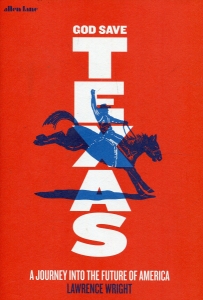 Its toponym – or place-name – means friendship. As a geographical territory, it comprises an area larger than France and presently boasts three cities with more than one million inhabitants. Over the course of history, this land has been ruled by two European powers and two North American nation states, and it existed as an independent country for nine years in the mid-nineteenth century. Approximately 16 million cattle – twice the human population of New York City – roam across its expansive terrains. Yet, it enjoys the status of a global leader in engineering and information technology. Residents pay no income tax, and the seat of government draws nearly 20 million tourists annually due to the presence of a first-rate university and a reputation as the ‘live music capital of the world’.

Welcome to Texas, one of the most distinct, socially-constructed ‘imagined communities’ on the planet.

For most people, the mere mention of ‘Texas’ conjures a litany of memes and stereotypes: cowboys, oil wells, rugged individualism, Bible-thumping conservative politicians, brash personality types, pick-up trucks and a gun-toting populace staunchly supportive of ‘the right to bear arms’ as afforded by the Second Amendment to the US Constitution. In God Save Texas: A Long Journey into the Future of America, native Texan Lawrence Wright, author of the influential book The Looming Tower: Al-Qaeda and the Road to 9/11 (2006), turns his Pulitzer Prize-winning pen to examine the subtle and complex dynamics of the sociological wonder called ‘Texas’ with a revealing tapestry of history, political economy and personal anecdotes.  Consequently, Wright has delivered a thought-provoking socio-cultural critique of both a state and a state-of-mind.

Perhaps no legend more than the Battle of the Alamo (1836) defines the psyche of Texans. In the first chapter ‘The Charms, Such As They Are’, the author furnishes a well-crafted synopsis of a profoundly iconic event. After years of tensions between American migrants and Mexican authorities in Mexican Texas, the increasingly dictatorial rule of General Antonio López de Santa Anna sparked a revolt by American settlers in alliance with Tejanos (Mexican Texans) in 1835. In February and March 1836, Santa Anna laid siege to the Alamo Mission – now a prominent historical site in the city of San Antonio. Over thirteen days, 100 desperate defenders managed to ward off a Mexican Army of 1,500 soldiers prior to being mercilessly executed. From their heroism and the atrocities committed by Santa Anna’s forces, the rebellion garnered wider support, and General Sam Houston effectively won independence for Texas at the Battle of San Jacinto only one month later.

Yet, how will the spirit of Texas and the determination of its people factor into the future? In possessing a virtually recession-proof economy and a projection of doubling its population to 50 million by 2050, Texas will command even more influence in American and international politics in the twenty-first century. 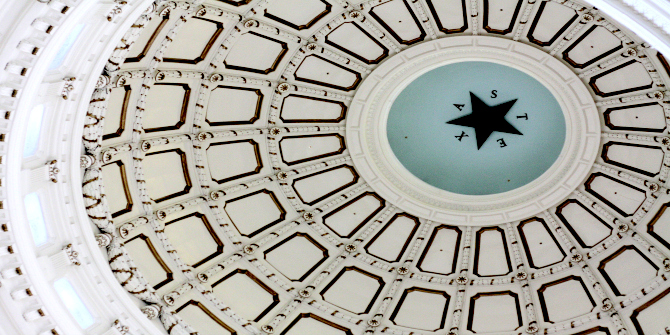 To a large degree, the future of world energy will be decided by technological and political developments within Texas – as chronicled in Chapter Two, ‘A Tale of Three Wells’. In the years following the discovery and successful mining of the first major oil deposit at Spindletop in Beaumont, Texas, on 10 January 1901, oil replaced coal as the fossil fuel engine of the US economy. As consumption increased exponentially decade by decade, engineers sought new methods of extraction. By the 1990s and 2000s, hydraulic fracturing or ‘fracking’ – a relatively new process whereby high-pressure jets spray ‘fluid […] to create microcracks in the strata’ to capture greater amounts of natural gas and oil – enjoyed widespread application in the industry. During the presidency of Barack Obama (2009-17), fracking accounted for a considerable portion of the 100 per cent increase in oil production (34-36). However, as a result of the technique, several regions of Texas now experience recurrent earthquakes, and many children no longer play outside for fear of becoming sick from toxic vapours (39-41).  From the vast research available, Wright could have also explored the reported causal relationship between fracking and premature births and higher rates of infant mortality as well as claims of greater susceptibility to heart problems and neurological illnesses. Fortunately, the health-hazardous and environmentally-destructive practice of fracking does not wholly define the energy direction of the state as wind power generates from 17 to 50 per cent of Texas’s electricity per day (44).

The fulcrum of the monograph, Chapter Six’s ‘Turn the Radio On’, illuminates the extant ideological divisions between Texas’s rural-based conservative majority and the metropolitan progressive minority, and sets up a trenchant analysis of the phenomenon of Donald Trump and ‘Trumpism’ through the remaining pages. In a word, one can gauge the politics of a Texan from their radio dial setting. While liberals tend to cling to FM radio with its appeals for gun control and national health insurance and to listen to its network transmissions of National Public Radio (NPR) programmes from Washington, DC, right-wing stalwarts gravitate to AM talk-show hosts decrying high taxes and advocating the arming of citizens and/or teachers to prevent mass shootings in schools.

Beyond the conservative mainstream, a plethora of reactionary voices now fill the Texas airwaves. One such exponent of neo-fascist paranoia, Alex Jones, has gained adherents by outrageously accusing the US government of masterminding the 9/11 attacks and charging leftists with orchestrating a ‘white genocide’ by supporting policies (i.e. heavy immigration of Latinos) designed to relegate European-Americans to secondary status. Why is this figure particularly notable?  Many of Jones’s views, including his oft-repeated nonsensical mantra to jail 2016 Democratic presidential candidate Hillary Clinton, are shared by his friend and political confidante – Donald Trump.

In Chapter Eleven, ‘Borderlands’, Wright essentially completes his microcosmic study of the rise of Texas-Trumpism by parsing the real and perceived threats faced by Texans from South of the border. When President Bill Clinton (1993-2001), a neoliberal, signed the North American Free Trade Agreement (NAFTA) despite vocal resistance from labour unions, liberal Democrats and conservative populists in 1994, segments of the US working class revolted against both parties. As the US economy expanded to unprecedented heights from the internet boom, manufacturing began to stagnate and decline. While ‘350,000 [American] autoworkers lost their jobs’, the terms of NAFTA also contributed to the closure of garment factories in El Paso, Texas, and elsewhere – unable to compete with far-cheaper production costs in neighbouring Mexico (291-92). At the same time, Trump has politically capitalised on sporadic outbreaks of Mexican drug cartel violence and the arrival of undocumented migrants and asylum-seekers by stoking nativist fears with exaggerated claims, harsh rhetoric and a plan to build a wall across the 3,145km US-Mexico border (295-96).  Will Trumpism, however, define the future of Texas and America?

The subject of Chapter Three may contain the answer. Sprawling Houston, the fourth most populous city in the United States, not only overwhelmingly supports sensible gun-control measures – including background checks – and ‘a path to legal citizenship for undocumented immigrants’, but also welcomes ‘more refugees than any city in the country’ – including a significant number of Muslims. In fact, upwards of 40 per cent of ‘Space City’ (a nickname allotted to Houston after the construction of the Johnson Space Center in 1967) is less than 24-years-old and was born outside of the US. Perhaps unsurprisingly, a majority of voters in the cosmopolitan Texas metropolis identify as Democrats according to a recent survey (73). Similar political and demographic trends, including an ever-rising Hispanic population, can be found from Amarillo in the Panhandle to Corpus Christi on the Gulf of Mexico. 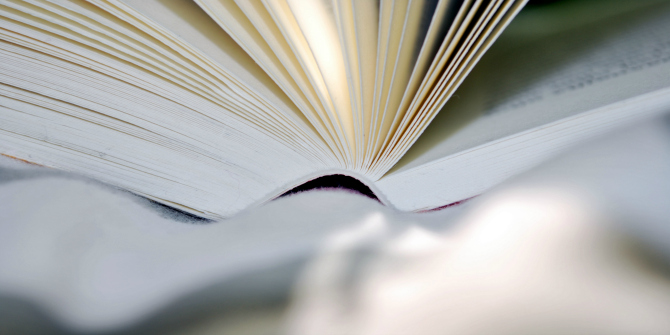