In The Political Class: Why It Matters Who Our Politicians Are, Peter Allen lays out the case for and against the dominance of formal politics by a narrow social group – as well as pointing to the ways we could and should change things. Diverse audiences will find much in Allen’s balanced and thoughtful book, recommends Lawrence McKay, which retains an impressive clarity through its engaging style.

The Political Class: Why It Matters Who Our Politicians Are. Peter Allen. Oxford University Press. 2018. 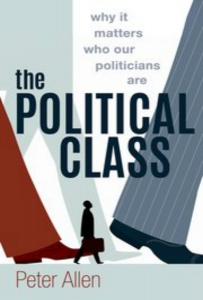 Aiming to shine serious scholarly light on a subject he describes as ‘thick with bullshit’, Peter Allen’s first book The Political Class is a concise yet ambitious work. Across four focused and engaging chapters, Allen interrogates the case for and against the dominance of the UK’s formal politics by a narrow social group – as well as pointing to the ways we could and should change the situation. While he does not labour the point himself, it must be said that Allen’s book is timely, with Brexit, the presidency of Donald Trump and other phenomena having driven many to reflect on public discontent with those who lead us. Indeed, these events have also led to a growing counter-revolution: the explicit celebration of political expertise and professionalism in the face of the apparent chaos engendered by the success of ‘outsiders’. Allen’s book, though fair-minded, encourages us to interrogate and reject this impulse, and instead to embrace change.

The core of the book is the argument Allen stages in Chapters Two and Three between the ‘defence’ and ‘prosecution’ of the political class: a simple but effective framing device (and, it must be admitted, there is some vicarious fun to be had in the idea of putting our politicians on trial).

Chapter Two, ‘The Case For The Defence’, argues that, due to two key developments, some sort of ‘political class’ is called for. First, drawing on key thinkers such as Peter Mair, Allen argues that the increased distance between parties, social classes and communities means that there is not a great supply of ordinary people who demonstrate interest in intense engagement with party politics. Allen makes a reasonable case here that this is not in fact the fault of the parties, but a consequence of wider social change such as the splintering of social class identified by Mike Savage et al in the Great British Class Survey.

Second, pulling more from the work of Colin Hay and Colin Crouch, Allen argues that a change in the ‘nature of politics’, from the clash of ideologies and agendas to a ‘caretaker role’, means that competency and expertise have become the most salient qualities that we should desire among the stock of politicians. Yet the expertise, if not the competence, of the general public must be in question. Swathes of the Great British public lack knowledge about the operation of their political systems, such as the differences between Government and Parliament, and about policy, such as where public money is spent. As such, there is a strong case to seek our politicians among the elite.

It is the first such defence that I have read that does not have small-c conservatism at heart, instead starting from a broadly left critique of the depleted nature of actually-existing democracy. It is in this section that Allen’s book shines brightest: first, for giving a genuinely fair shake to a largely unpopular and unfashionable idea despite his intention to later refute it; second, for the skilful and original way the argument is put together. 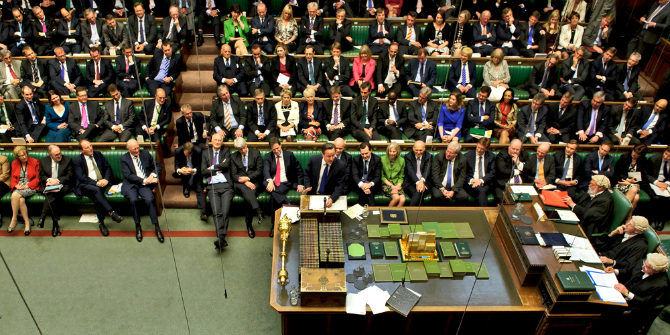 Nonetheless, from the book’s Introduction Allen telegraphs his intentions to convince us of the opposite. In Chapter Three, ‘The Case for the Prosecution’, he presents a two-pronged argument, distinguishing between the ‘intrinsic’ and ‘instrumental’ arguments against the political class. The intrinsic argument is simple: that the existence of a ‘political class’ constitutes a fundamental injustice against democratic equality. Allen asks that, just as we should not accept the right of men to dominate institutions, nor should we accept the right of ‘professional politicians’ to do so. In instrumental terms, abolishing the political class would introduce greater ‘cognitive’ diversity to the world of politics. Marshalling evidence from the scientific literature, Allen claims that this would improve the quality of decision-making under uncertain conditions. Again, this chapter meets with a great deal of success – particularly as it explores the tensions and implications of these twin arguments. For instance, Allen argues that the kinds of ‘solution’ we might endorse also follow logically from whether we want to fulfil merely the intrinsic or also the instrumental value of diversity. While solutions such as quotas will succeed in some respects, they are unlikely to deliver greater cognitive diversity and hence may not yield the benefit of better decision-making.

Although the book’s close focus is in some regards a strength, the reader may nonetheless come away with a sense that Allen too quickly closes down potentially compelling alternative directions. The first core chapter largely consists of a discussion of a multi-stranded ‘political class narrative’, in which not only is the political class defined by shared ‘characteristics’ but also by common ‘attitudes’ and ‘behaviours’. For Allen, these latter two strands are unsupported by the evidence, which he takes as licence to focus on the former. In this regard, Allen neglects the evidence that politicians are genuinely somewhat different in ways that are directly pertinent. In particular, the work of Nicholas Allen and Sarah Birch indicates that candidates and especially MPs are more tolerant of behaviours that the public see as political corruption. While the author’s resistance to vulgar anti-politics is to be admired, the contention that the political class is prone to sleaze and corruption perhaps deserved a more serious treatment: especially since it is one Allen’s general reader is likely to hold coming into the book.

In terms of style, the book is mostly generous with its reader. Allen has a good sense for how to communicate a complex idea: often turning to metaphor, making some appeal to the reader’s experience or using another device which gets the point across. On the other hand, this is a heavily discursive work, which detracts slightly from its accessibility; though tables and graphs convey useful information in Chapter One, the rest of the book does without such aids.

Despite these criticisms, this is a book that should effectively serve its diverse audiences. Interested members of the general public will find an engaging argument, both refining and refuting the common ideas about the political class that are likely to have influenced their own thinking. Students of political science will find a useful review of the core claims from diverse theoretical and empirical literature (and will likely appreciate Allen’s own perceptive insights). While the book might have less utility for seasoned authorities, its concluding chapter, which calls out elite universities and the political science establishment for helping to reproduce the political elite, nonetheless makes it worthy of their attention. All in all, The Political Class is a valuable intervention which will provoke many to think about how we can and should make politics ‘something that happens here with us and not there with them’.

Lawrence McKay is a PhD candidate in Politics at the University of Manchester. His research concerns political representation and public discontent with politicians and the political system. He can be found on social media at @lawrencemckay94