In Modern India: A Very Short Introduction, Craig Jeffrey summarises India’s political developments from the seventeenth-century beginnings of colonial India up until the present day. While the book could have further explored the significance of Northeast India, this introduction offers a narrative thread that links lived perspectives to larger events of political history and enables comparisons of different eras to be made, writes Saba Sharma. 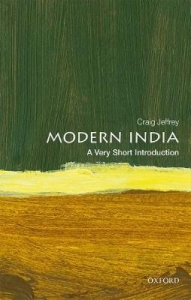 Writing a very short introduction to modern India is an admirable challenge to take up. Often those who study or represent India in other ways struggle to get across the essence of what makes something – society, politics, food, literature, cinema – ‘Indian’, it being in itself such a contested term. Nonetheless, Craig Jeffrey takes on the task of summarising India’s political developments from the seventeenth-century beginnings of colonial India into the present day. At the beginning, Jeffrey introduces four different ‘ordinary’ Indians and their lives, a narrative thread that continues throughout the book and provides a human, lived perspective to larger events of political history.

The early chapters of the book delve into India’s colonial history, and underscore its importance in the shaping of contemporary Indian political and social concerns. They cover the economic expansion and exploitation of Indian territory by The East India Company, and subsequently as a colony. The book highlights the role of Indian rulers and elites (such as landowners) as part of this extraction and administration process. It looks at the nationalist movement that finally led to the end of imperialism, aided by economic crises and food shortages. Here, we also see the role of the British in shaping caste-based, religious and ethnic divides in India: for instance, in their attempt to try and understand Hinduism as monolithic (which becomes important later on in the book in the discussion of Hindu nationalism).

Next, we see post-independence India up to the 1990s, during the centralised, state-driven push towards industrialisation by India’s first Prime Minister, Jawaharlal Nehru. This occurred, as others (including Jeffrey) argue, at the expense of agriculture and rural concerns like land reform. The constant challenge of trying to make India a whole, coherent entity is a project that truly starts to come apart during the prime ministerial terms of Indira Gandhi and Rajiv Gandhi, Nehru’s daughter and grandson respectively. Increasing centralisation of power and a streak of authoritarian rule under Indira Gandhi (with the declaration of the Emergency between 1975-77) led to a series of crises, and the assassination of both Prime Ministers, only five years apart.

Finally, discussing post-1990s India, Jeffrey looks at the liberalisation of the Indian economy, accompanied by a rising Hindu nationalist (Hindutva) movement, which saw its culmination in the election of the divisive Prime Minister, Narendra Modi. The increasing emboldening of Hindu right groups and the suppression of dissent across media and civil society make the parallels with Indira Gandhi hard to avoid. An unusual benefit of a short introduction is how quickly that comparison can be made across a few pages. On a different note, the book is right to emphasise that the years of economic liberalisation have not solved the problems of impoverishment, regional disparity or rural distress. Despite some changes, it is also true that India remains deeply patriarchal. 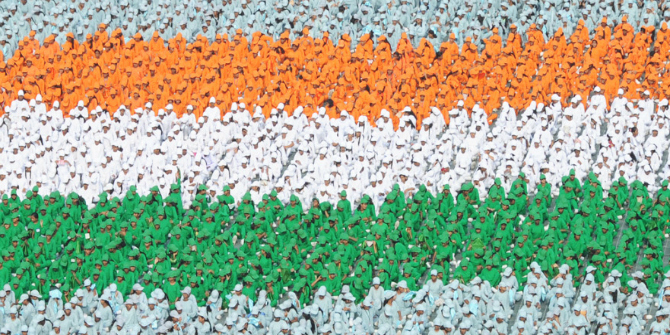 Image Credit: Formation of Tricolour by the school children at Historic Red Fort, on the occasion of the 64th Independence Day in Delhi on 15 August 2010 (Public.Resource.Org CC BY 2.0)

The last two chapters of the book look at the ideas of social revolution and youth action. In particular, they emphasise the importance of communication technology, the role of different forms of civil society in expanding the bases of rights and political action and the continuing challenges faced by India’s young in accessing employment and social welfare.

A short introduction must necessarily strategically exclude some information; nevertheless, the striking omission here is the lack of mention of India’s northeastern states, and the separatist rebellions that have challenged Indian authority in the region. In part, this seems to mirror what those from the region describe as a general neglect from ‘mainland’ India’s media, cultural and scholarly representation of the country; but for this introduction, it is also puzzling given that others have argued that Northeast India’s status as periphery and state of exception makes it ‘the original locus of sovereign power […] in the postcolonial Indian context’ (Yasmin Saikia and Amit R. Baishya 2017, 8). In this sense its position has always been in contrast to Kashmir, whose challenge to Indian national formation has long occupied the centre stage in political discourse.

There are many political developments mentioned in the book where referencing Northeast India and its history would have made for useful illustration. In speaking of colonial India, for instance, Jeffrey discusses the imperial regime’s tendency to categorise people in terms of sedentary populations (45): an exercise that was crucial in giving shape to conflicts in post-independence Northeast India, as interlinked colonial-era ideas of territory and identity became the basis for many separatist and autonomy movements. Similarly, the heightened centralisation of power under Indira Gandhi in the 1970s is noted, along with accompanying rebellions in southern and northwestern India (62-65). The narrative fails to include, however, an account of the Assam sub-nationalist movement in the northeast, which also began in 1979 and posed a serious challenge to the Indian state. Similarly, while the book contains many mentions of rights and citizenship, it does not refer to the ongoing process of updating the National Register of Citizens in Assam, which centres on the question of illegal immigration from neighbouring Bangladesh.

The other major exclusion seems a lack of reference to Aadhar, India’s biometrics-based unique identification system, which has been mired in controversies regarding privacy, data protection and surveillance. It would be less obvious were it not for the emphasis in Chapter Six on digital transformation and the impact of technology in Indian lives, in which Aadhar is now bound to have a crucial role.

Modern India ends on a hopeful note: on the potential of young people to effect change. That optimism seems more distant in the present day, with a political regime fudging employment figures and conducting mass arrests of activists. Would the young people in the concluding pages of the book have the same enthusiasm for India’s future today? It’s hard to say.

Saba Sharma is a PhD student at the Department of Geography, University of Cambridge. Her current research looks at ideas of citizenship and everyday state practices in the Bodoland Territorial Area Districts in Western Assam, India. 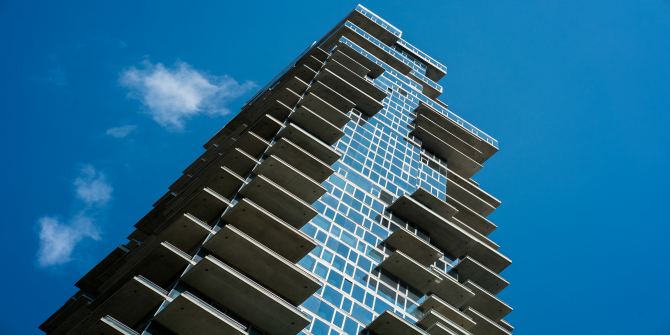