In The Book, Amaranth Borsuk explores our ever-changing definitions and conceptions of the book in light of shifting social, financial and technological factors. By documenting the physical and material forms of the book across time, Borsuk invites readers to consider how our relationship with the book has persisted despite its on-going transformation, writes Anna Nguyen. 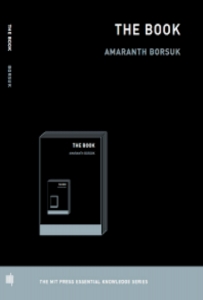 Reading something like The Book makes me reflect on my past and current academic training. When I was an undergraduate student in an English department, I read many, many texts hermeneutically. On my own, I assessed my readings in simplistic terms of enjoyment and pleasure. Despite some introductory background on the time period and author – which were not always mandatory reading – the prose in the Norton anthologies and novels were emphasised as the main objects of inquiry and interrogation. The infamous one-sentence chapter from William Faulkner’s novel As I Lay Dying stands out in my memory as one of the greatest unresolved debates on symbolic interpretation. Now, despite my daily reliance on Apple products – in the forms of a mobile phone, a laptop and an iPad – I have always preferred books and printed articles, only seeking the digital versions as a last resort.

Setting aside the question of textual interpretation, Amaranth Borsuk wants readers to consider the book as a symbolic object itself. If I understand Borsuk’s sentiment, the decision to focus on the materiality and technics of the book is her way of addressing our ever-changing definitions and conceptions of ‘the book’ in spite of, and because of, shifting social, financial and technological factors. Although Borsuk claims she does not set out to formally address a teleological history of books nor wishes to create a dichotomy between print and digital mediums (xiii), she asserts that she views the book as a fluid object that must be reconfigured and redefined. Indeed, one need only remember the headlines when digital reading devices were introduced. Big chain retailers are always on the verge of succumbing (if they haven’t already) to e-readers. We may wonder if the future will include books or whether they will become as archaic as a quill or a scroll.

Borsuk addresses these concerns in four chapters with eye-catching titles: ‘the book as object’; ‘the book as content’; ‘the book as idea’; and ‘the book as interface’. In the first chapter, she begins with the general construction and distribution of the book once we shifted from oral traditions to a literate culture. The material text became codified in codex forms, thus signalling the important roles of records and documents that established the power of cities and their rules (21). Universities, too, began to oversee a new market for the exchange of ideas in academia, especially during the Renaissance era (58). As books became intrinsically linked to the creation of burgeoning institutions, knowledge that was otherwise contained began to travel. Scholars could translate ancient works from Arabic into Latin, and complex ideas in maths and science could be shared globally (59).

Image Credit: Crop of ‘LivreY_V3_4Iter’ by fdecomite licensed under CC BY 2.0

Borsuk ends this chapter by invoking the controversial notion that Socrates hated writing and books. In The Phaedrus, Plato describes a dialogue between Socrates and Phaedrus where the wise philosopher said real knowledge can only be truly produced via oral exchanges, in which truth could be negotiated in real time. Relying on writing, Socrates warned, is to depend on an incomplete representation of knowledge, likening the written word to visual images. Borsuk uses this to illustrate the analogous anxieties about the impact of the emergence of technology upon our own literacy and ability to engage with texts. She concludes by arguing that the act of writing – also a technology, she emphasises – changed human consciousness, much like our technological devices (60).

In the next two chapters, Borsuk continues to engage with other institutional factors that have redefined the book. The printing press changed production values and separated the idea of the book from the object (76): that is, the changing anatomy of the book, whether produced through high craftsmanship or as mass-market titles, is an aesthetic decision that represents certain values of particular cultures and societies. Borsuk also touches upon issues like copyright and intellectual property in the second chapter, which support her focus on the profits of publishers (97-101). Our modern understanding of copyright did not exist in the sixteenth century, but, unsurprisingly, ideas of ownership were a looming question among competitive publishers. Any ‘rights’ were centred on the book itself and belonged to the printer. Subsequently, in England and America, these legal norms shifted to protect texts. Familiar debates like public domain are one of the many results in response to changes in publishing.

In Chapter Three, Borsuk explicitly asserts that books have always been a commodity (112), yet explores the possibility that the book conceptualised as art may be democratic. In the 1960s, artists began to produce books as artworks, which they thought would be more accessible to all audiences and, perhaps more importantly, bridge the so-called high and low cultures (135). The book may not just be an object filled with literary prose, but can be reimagined as portable interactive books (the author lists MadLibs and other game-like book forms) and coffee-table books.

These three chapters foreground Borsuk’s final chapter, ‘the book as interface’. If all of the previous case studies and the overall historiography of the book serve a singular purpose, it is to ask us to consider what forms of interfaces came before e-readers or digital books. Borsuk cites audio books (205) and Vannevar Bush’s never-produced Memex (209) as a part of the digital imaginary, which now includes Google Books and Amazon as major stakeholders in the creation of a digital instantiation of the codex. Here, Borsuk concludes her recurring statement – that technology or digital media have not replaced the book as we know it. That is too much of a simplistic reduction; rather, she asks us to consider how the novel, which was once a technology, has been redefined for a digital-oriented culture. And it will only continue to be reimagined.

As a curious reviewer, I am tasked to ask any scholar why their scholarship focuses on material culture with a lesser focus on the bigger questions of public participation, democracy and literacy, themes that are all invoked by Borsuk but never explicitly explored in ways that question print capitalism and related inequalities. The Book is a part of the MIT Press ‘Essential Knowledge’ series, which, according to the foreword, sets out to offer two things: a critical perspective that ‘informs a principled understanding of the world’ where ‘facts’ and opinions are too abundant and fashionable; and portable books that are concise and accessible. Borsuk does try to re-evaluate ‘the book’ in our current imagining of a sociotechnological society, but the text lacks a robust political discussion of why books have been reformed and for what reasons.

If books were mediated forces, they may have also been political artefacts that continued to create unjust societies, much like Langdon Winner observed in ‘Do Artefacts Have Politics?’ Books, like roads, highways and bridges, have political qualities in them as their creators express certain normative visions for their users. In the case of books, what expectations of literacy are placed on their readers? And are these expectations shared by readers? In this case, has technology made a more democratic society where books, among other objects, are more accessible? Or, if we recall the ongoing debates about the future of books, what are we most worried about when we read that the book may become obsolete? By documenting the physical and material forms of the book, Borsuk does not answer all of these questions but invites her readers to consider how their relationships with the book have persisted despite technological change. 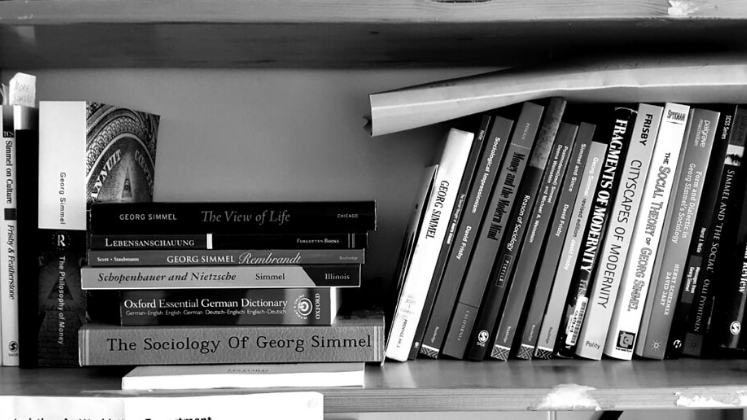