In Mediators, Contract Men and Colonial Capital: Mechanized Gold Mining in the Gold Coast Colony, 1879-1909, Cassandra Mark-Thiesen illuminates the dynamic interaction between capital, labour and industry during the initial phase of colonialism in the Gold Coast (1870s-1900s). Henry Brefo praises the book for digging up a rich historical archive that enriches our understanding of labour relations in this period.

This book review was originally published on the Africa at LSE blog. 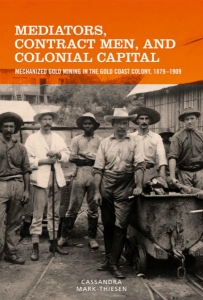 Cassandra Mark-Thiesen in Mediators, Contract Men and Colonial Capital illuminates the dynamic interaction between capital, labour and industry during the initial phase of colonialism in the Gold Coast (1870s-1900s). The author unearths the complex network of labour relations within the mining town of Wassa, Gold Coast (today’s Ghana). Her account of the spread of global capitalism moves beyond the oppressor-victim paradigm to enlarge on the political, social and economic particularities that informed the local dynamics of the mines. In her own words, Mediators, Contract Men and Colonial Capital ‘is a social and economic history of West African miners in West Africa’s first mechanised mining sector, which developed rapidly in the context of colonial laissez-faire economic policy’. It must be remembered that the existing literature on mining in Africa invariably links the mechanised production of gold with colonial policies. For example, McCaskie (2015), writing about ‘the creation of Ashanti Goldfields Corporation’, identifies the industry as an ‘imperial enterprise’. As such, Mediators, Contract Men and Colonial Capital marks a retelling of history from below, which reminds us that colonial modernity was not simply state-directed or imposed from above but equally entailed a motley mix of independent actors whose ambitions, dreams and hopes set the wheels of a mechanised industry in motion.

The book is organised into two major phases of colonial rule in the Gold Coast (1870-1900, and 1900-1909). It opens with the discovery of gold in Wassa in the 1870s, followed by the period of gold rush, also referred to as ‘the jungle boom’ (1900-1910). The gold rush, as revealed, was primarily stimulated by private investments, independent prospectors and promoters. Amongst the orders of concessions acquired included the Compagnie Miniere de la Cote d’Or D’Afrique; the Societe des Mines d’Or d’Afrique Occidentale founded by the French trader Marie Bonnat; the Swanzy Estates, a joint enterprise by the merchants James Irvine and Frank Swanzy; the South African firm Tarbutt group, founded by the ‘jungle magnates’ Percy Coventry Tarbutt , Edmund William Janson and Edmund Davis: together, they owned a large concession including Abbontiankon mines, Effuenta mines, Tarkwa and Abossomines.

Some recognition is given to indigenous entrepreneurs, who form the ranks of prospectors, promoters and collaborators. Famous Africans like Joseph Dawson, James Africanus Horton, Paul Dahse and Ferdinand Fitzgerald in their various capacities (political thinkers, colonial administrators and journalists) are said to have played a crucial role in facilitating the growth of gold mining in Wassa. Such was the complex network of interaction between private capital and independent interests that attracted to the region a global labour force, comprising European men and African men and women. 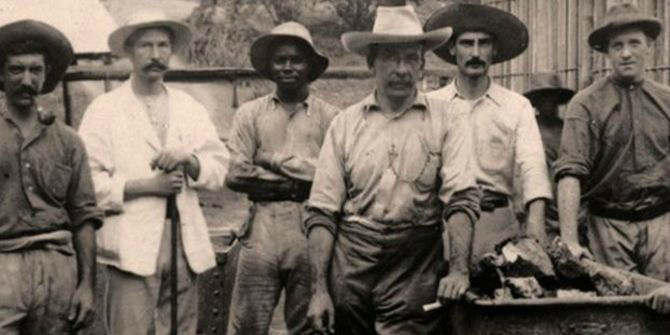 The first two chapters run the reader through the early speculations of gold and the evolution of underground mining and contrast indigenous labour to migrant labour patterns on the mines. The dominant form of labour recruitment, we are told, overwhelmingly entailed Liberian agents contracting a large labour workforce, mostly Krumen from Liberia to the Gold Coast on behalf of mining corporations. This allowed mine bosses to cut down costs by transferring onto African recruiters the burden of negotiating payments, transportation and managing employee welfare and retention. Consequently, labour recruiters were afforded a degree of autonomy as hired hands, instead of as direct employees of mining companies. This is illustrated by their ability to affect labour practices. In this vein, a system of credit and debt bondage was used to entice and coerce labourers to work within the precarious industry of mechanised mining.

For their part, labourers also exercised their agency by either deserting the mines in search of other lucrative but less harmful employment or seeking loans from third-party creditors, with the understanding that the ‘recruiter-supervisor is responsible for making sure that their money is returned’ (90).

Chapters Three and Four mark the second phase of the gold boom and follows on with the enquiry into labour recruitment. It highlights permutations within recruitment processes, as mining companies sought after cost-effective avenues of recruitment. This period saw the emergence of independent recruiters raising their own capital to recruit workers from all other parts of West Africa. The illustrious career of the Hausan woman Madam Mariam is recounted here. ‘A prolific supplier of labourers of all kinds to the colonial state’, Madam Mariam is named in colonial records for her endeavour in recruiting men from Lagos, Kru and Bassa to the mines. Women’s labour, especially, in surface mining also formed part of the labour demographics.

One Mr. L. Eamonson, a European entrepreneur said to be shiftless and most unreliable, contracted labour for a range of wage jobs on the mines, often at a great loss to himself. But whilst the colonial government dithered on formulating robust labour legislation, Federick William Hugh Migeod, soon after assuming office as chief officer of the transport department in 1901, took a keen interest in mediating relations between mining companies and labour. He lobbied the colonial government to take a firm position on labour control in the mines. To the chagrin of his superiors, he proposed an ambitious scheme of labour registration with the hope of bringing mining and labour relations under the full control of the colonial government, albeit to no avail.

Nonetheless, in the last chapter, Five, we see a coherent government strategy coming into play, subsequent to the promulgation of indirect rule (1905-1909). This development also coincided with the expansion of colonial territorial control and the extension of the railway to the Northern regions of the country, which opened up new labour reserves. Like the previous chapters, which emphasise the role of recruiters as either mining agents or intermediaries, in this chapter the African chief comes to assume the middleman position. However, the system of indirect recruitment was to assume a more direct approach, with traditional headmen and chiefs acting as agents of the colonial administration, quite reminiscent of Mamdani’s decentralised despotism. Here also, conflicts between headmen and labourers abound, as the latter resisted the authority of the former, thus undermining colonial authority where labour was concerned. Little however is said of chiefs who might have resisted colonial orders. This leaves the impression that Northern chiefs were par excellence collaborators of the colonial enterprise.

The overarching argument is that the development of gold mining in Wassa involved the convergence of endogenous and exogenous factors that facilitated independent and private interest: both indigenous/ African and expatriate prospectors in gold mining, which was further bolstered by an international circuit of a migrant labour movement. Thus, the book challenges popularly held beliefs that large-scale mining was either a product of colonial intervention or largely an expatriate endeavour which always culminated in the domination of the African population as labour reservoirs. Hence, Mark-Thiesen places special attention on African recruiting agents that acted as intermediaries between employers and the labour market.

Mark-Thiesen emphatically maintains that ‘due to the pervasiveness of indirect recruitment’ – largely negotiated by African intermediaries – much of the politics of labour exploitation remained vested in African individuals. The argument must be taken with a pinch of salt. In an attempt to seize upon the African as a rational actor, Mark-Thiesen in part overestimates the manifestations of African autonomy, and runs the risk of overlooking the manifold articulations of deeply embedded hegemonic structures, whilst treating agency sui generis, even when it fails to transform unequal power relations. Was not the so-called voluntary participation of African recruiters circumscribed by the exploitative force of western capitalism, in the form of mining companies? In many respects, Mark-Thiesen mistakes voluntary participation for agency, and lightly considers relations of coercion associated with auriferous production as merely side effects of a competitive labour market.

All that considered, Mediators, Contract Men and Colonial Capital is deserving of praise.  Mark-Thiesen digs up a rich historical archive that enriches our understanding of the dynamic history of labour in the Gold Coast.

Henry Brefo is a PhD candidate at the University of Birmingham. His research focuses on modernisation, bureaucracy and traditional rule in Ghana.

Posted In: Africa and the Middle East | Economics | History 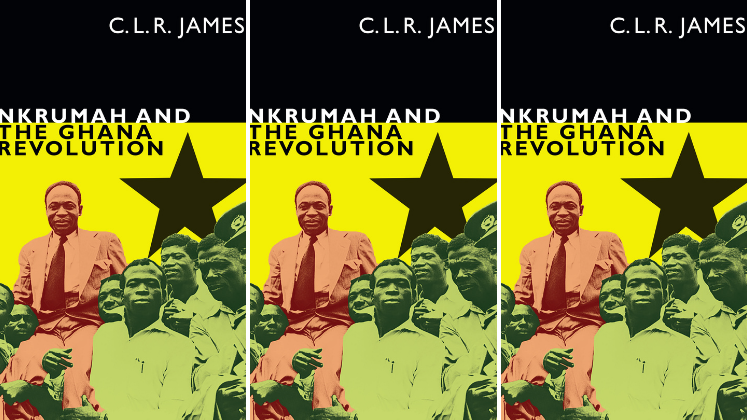 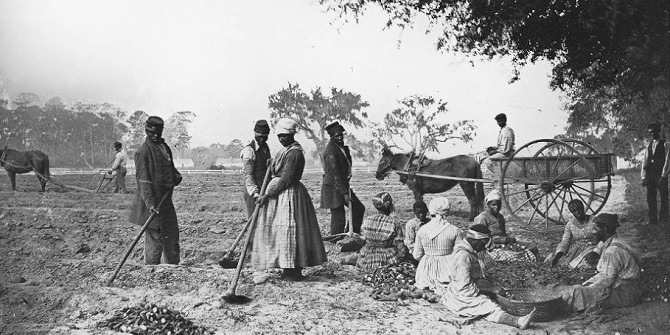