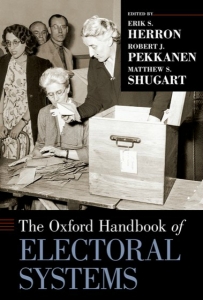 A large number of sovereign states now have some form of regular (at least quasi-democratic) elections, very few of which use exactly the same electoral system, as Michael Gallagher and Paul Mitchell illustrate in their excellent introductory chapter, ‘Dimensions of Variation in Electoral Systems’. Here, they identify six basic dimensions, indicative of the great variety of particular systems that have been introduced and then either modified along one or more of those dimensions, or replaced. Studies of those systems have therefore unsurprisingly stimulated a large and sprawling literature, which The Oxford Handbook of Electoral Systems surveys. Its 44 chapters, covering 996 pages produced by 54 authors (29 of whom occupy academic posts in the United States, including all three editors) are arranged in eight sections: ‘Foundations of Electoral Systems’; ‘Issues and Representation’ (covering topics such as ethnic minority and women’s representation); ‘Electoral Systems and the Wider Political System’ (subjects include direct democracy and constituency service); ‘Electoral Systems and Research Design’; ‘Holding Elections’ (their administration and integrity); ‘Electoral Systems in Context’; ‘Electoral Systems in the Context of Reform’; and ‘Electoral Systems in the Context of New Democracies’. The chapters in the first five are general and comparative; those in the last three comprise eighteen individual country case studies; with a few exceptions (including the United Kingdom), the focus is almost entirely on national-level electoral systems and elections. 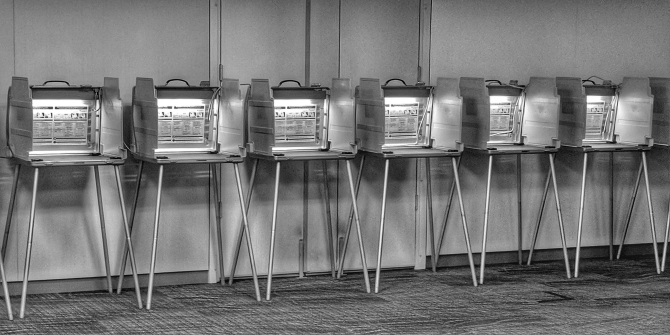 Ron Johnston is a professor in the School of Geographical Sciences at the University of Bristol and the author of a number of studies of British political finance, including (with Charles Pattie) Money and Electoral Politics (Policy Press, Bristol, 2014). Read more by Ron Johnston. 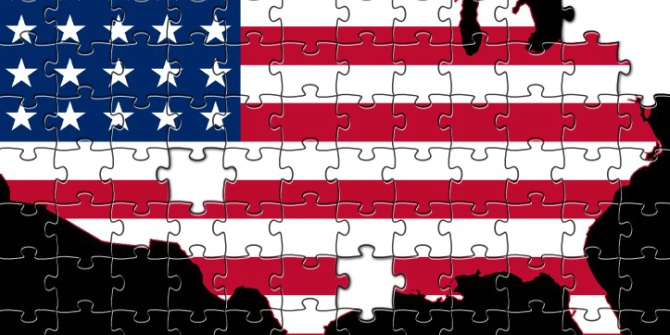