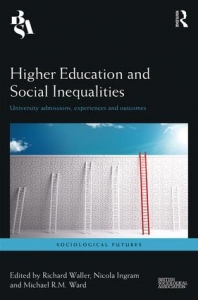 The issue of just who enjoys access to which university, and the experiences and outcomes of graduates from different institutions remain central to questions of social justice, notably higher education’s contribution to social mobility and to the reproduction of social inequality.

admission to Russell Group universities is not meritocratic in the narrow sense of admissions decisions being determined by achievement alone. On the contrary, it would appear that applicants from more socio-economically advantaged backgrounds are more likely to be offered places than applicants from less advantaged backgrounds with the same grades and facilitating subjects at A-level.