In The Age of Surveillance Capitalism: The Fight for a Human Future at the New Frontier of Power, Shoshana Zuboff offers a comprehensive account of the new form of economic oppression that has crept into our lives, challenging the boundless hype that has often surrounded the activities of modern technology companies. While the book presents a decent history of the rise of surveillance capitalism, Sam DiBella fears that its approach will inspire paralysis rather than praxis when it comes to forging collective action to counter systematic corporate surveillance. 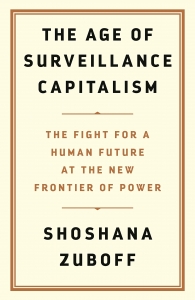