During the COVID-19 pandemic, many of us have been turning to books for information, for entertainment, for distraction and to look after our wellbeing – whether new finds, childhood favourites or books that have been lingering on the shelf for years. In this reading list, nine members of the LSE community recommend books that they’ve been delving into during lockdown. 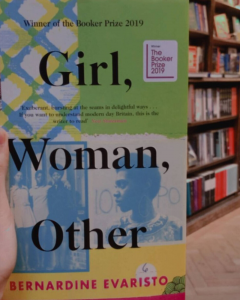 I’m currently reading Girl, Woman, Other, a love song to modern Britain and Black womanhood. As a former MSc Gender, Media and Culture student, I was drawn to the 2019 Booker Prize winner, which follows the lives and struggles of twelve very different characters. Mostly women, Black and British, these characters tell the stories of their families, friends and lovers. I would totally recommend this book to anyone who’s aching to read brilliant stories of brilliant women. Recommended by Aashna Bhatia, LSE Alumna (MSc Gender, Media and Culture 2019). 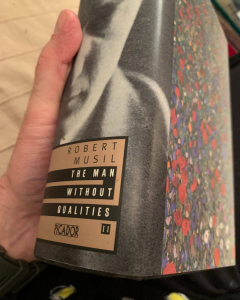 This is one of my favourite novels. Robert Musil’s magnum opus, the epitome of twentieth-century literature, which shows to the limit what a novel can do. The main character is a mathematician who is actually unemployed. His indifference to life has brought him to the state of being ‘a man without qualities’. It is a voluminous work and not a light read, but perfect for days such as these in lockdown! Recommended by Afrim Haliti, LSE Alumnus (MSc Sociology 2005). 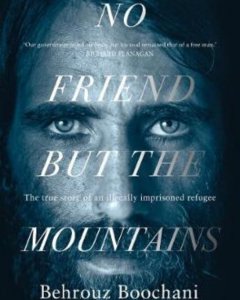 3). No Friend but the Mountains. Behrouz Boochani. (trans. by Omid Tofighian). Picador Australia. 2019.

This is the compelling story of a Kurdish journalist who tried to reach Australia by boat with other refugees. The boat was intercepted by Australian authorities and they were locked up in Manus Island, Papua New Guinea, for many years. Behrouz Boochani wrote the book in the form of texts on a mobile phone as pen and paper were not allowed. It is a story of man’s (yes all men) inhumanity to man and the deprivation of human rights in the 21st century. Recommended by Dr Helen Tavola, LSE Alumna (MSc Social Planning in Developing Countries 1986, PhD 1990). 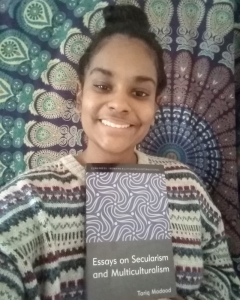 4). Essays on Secularism and Multiculturalism. Tariq Modood. Rowman and Littlefield. 2019.

Tariq Modood is a leading scholar in the field of multiculturalism and one of the founders of the Bristol School of Multiculturalism. In this collection of essays, he shows that Islamophobia is a form of cultural racism and argues that multiculturalism – as opposed to anti-racism only – can lead to forms of equal citizenship that accommodate religious identities. He mainly looks at the British context, but he also mentions other countries. For example, he explains that France actively advocates what he calls ‘radical secularism’ and rejects the very concept of multiculturalism. Recommended by Manuela Latchoumaya, LSE Alumna and Staff Member (MSc European Studies 2019). 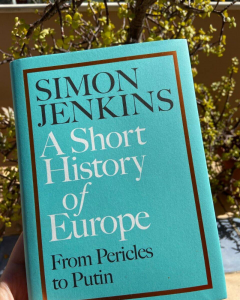 5). A Short History of Europe: From Pericles to Putin. Simon Jenkins. Penguin. 2019.

A history alumna recommending a history book, cliché right? But it’s a great read! The book is kind of like a one-stop-shop for the history of the continent of Europe. It covers roughly all the main events that took place over the last two millennia. Starting with the classical period, it then moves to the Middle Ages and ends with the modern era. Through the chronological narrative, the author explores overarching themes, such as violence, Christianity, governance, trade and others, to show how all these forged Europe’s legacy as we know it today: the social market economy under democracies. Recommended by Lina Filippidi, LSE Alumna and Staff Member (MSc History of International Relations 2016). 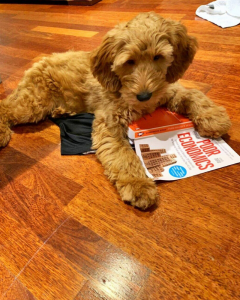 A timely reminder to LSE economics students that a career in finance isn’t the only option.  Thoughtful and rigorous, the book dispels with misguided caricatures of the poor (they aren’t lazy free-loaders) and poorly designed interventions, presenting an ethnographic and evidence-based approach towards what works in poverty alleviation. Here’s my dog Mr Ted reflecting on his favourite chapter! Recommended by Johnny Tan Jen Yi, LSE Student (LLB 2022). 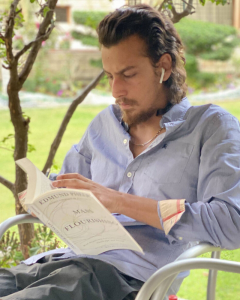 I recommend this piece of writing because it is written by a Nobel Prize-winning economist. The book talks about modern economies, their dynamism and how innovations must be encouraged at the bottom of the pyramid of social groups in order to witness change, create employment and achieve overall flourishing in society. This book will help social entrepreneurs to think of new ways of scalability and impact. Recommended by Agha Salik Ahmed Khan, LSE Alumnus (MSc Social Innovation and Entrepreneurship). 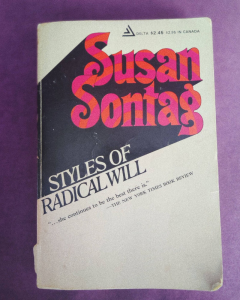 I picked up this book from the LSE Department of Media and Communications while submitting my dissertation last year. It’s a collection of critical essays on culture. I didn’t know this then, but it used to belong to one of our professors and still has all his annotations and notes. Sontag is a writer of excess and originality, and nothing is beneath her analysis, be it politics or pornography. I’d recommend this book to anyone who wants to overthink something that’s not the news. Recommended by Kanika Jain, LSE Alumna (MSc Media & Communications 2019). 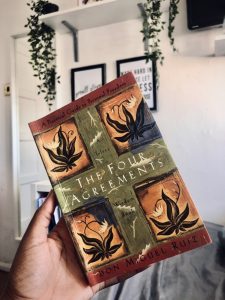 This book teaches four basic rules to lead a simpler and better life. By placing thinking habits at its forefront, it forces readers to evaluate their state of mind and begin to free themselves of the anxieties of life. Recommended by Tosin Murana, LSE Alumna (LLB Law 2019).

LSE Review of Books thanks all the members of the LSE community who contributed to this reading list with their book recommendations and photos, as well as Mhairi Gowans and Jessie Bartholomew (LSE PAGE) for their invaluable help in compiling the post, which brings together the books celebrated on the LSE Alumni Facebook page and Twitter. We would also like to thank Johnny Tan Jen Yi for giving permission for Mr Ted to be the feature image!