Book Review: Savarkar: Echoes from a Forgotten Past, 1883-1924 by Vikram Sampath

Book Review: Savarkar: Echoes from a Forgotten Past, 1883-1924 by Vikram Sampath

In Savarkar: Echoes from a Forgotten Past, 1883-1924, Vikram Sampath offers the first volume in a new two-part comprehensive biography of Vinayak Damodar Savarkar, who played a key role in the development of Hindu nationalism. While the book offers detailed biographical information and makes use of Savarkar’s writings, the lack of critical analysis of Savarkar’s intellectual thought makes it far from a definitive account of this influential figure, writes Surajkumar Thube. 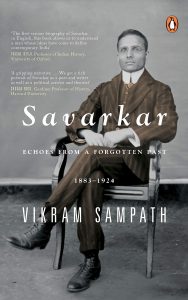 Savarkar is widely considered as the most influential figure in the history of Hindu nationalism. His book Hindutva: Who is a Hindu? (1923) was the first comprehensive text that detailed the idea of ‘Hindutva’ (Hinduness) which became the key marker of the Hindu nationalist ideology. His emphasis on ‘Hindu unity’, equating Indian culture with the values of ‘Hindu civilization’, and his vision of a Hindu Rashtra that belonged only to those who treated India as their ‘Fatherland’ and ‘Holyland’ (thereby excluding Muslims and Christians and treating them as alien communities), were some of the core principles laid out in this book.

Largely remembered as the father of Hindu nationalism, Savarkar’s thoughts continue to influence Indians across generations. That said, it is a matter of intrigue that there has been no comprehensive biography of Savarkar in the English language up until now. Vikram Sampath attempts to fill this void in two volumes, with the first book, Savarkar: Echoes From a Forgotten Past, documenting the life events of Savarkar between 1883 and 1924. The book provides a detailed description of Savarkar’s early childhood days, his life as a law student in London where he helped Indian revolutionaries opposing British colonialism learn methods of assassination, his reading of the Indian Mutiny of 1857 as the ‘First War of Indian Independence’ and his daily struggles behind bars when he was transported to the British prison on the Andaman Islands for his alleged complicity in the killing of a British district magistrate.

The word ‘documenting’ is crucial here. The author’s goal is certainly to write a detailed two-part biography. However, as noted in the synopsis, he also aims to unearth certain aspects of Savarkar’s life which he believes have prevented ‘truth from coming to light’. He goes on to pose the question of ‘what was it that transformed Savarkar in the cellular jail to a proponent of Hindutva?’ His goal is therefore not only to chronicle Savarkar’s life events, but to make an argument for why his political thought evolved in a particular manner and to ‘put his life and philosophy in a new perspective’. However, the book largely focuses on showcasing anecdotal information and some rare public participation records rather than providing a critical analysis of Savarkar’s theoretical oeuvre. The author’s quest to include detailed information on every aspect of his life thereby becomes a limited attempt at convincing the reader that Savarkar must not be singularly maligned for his majoritarian impulse. ‘Truth’, we are told, ‘lies in between’. 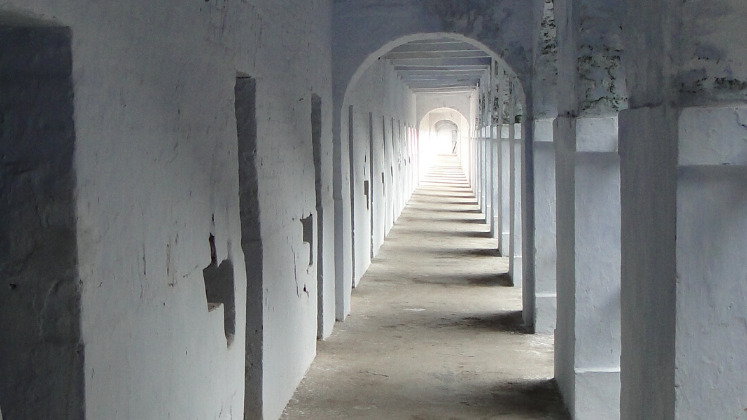 Instead of focusing on all the details of Savarkar’s life in this period, I would like to highlight a few observations made by the author which fail to provide critical insight into Savarkar’s thoughts and deeds or make more persuasive and nuanced arguments. Sampath begins his introductory narrative by arguing Savarkar viewed Muslims with mere ‘suspicion’ (rather than derision and contempt), vowing to take up this narrative later in the text. Savarkar’s public projection of himself as a crusader against untouchability and his strong disbelief in everyday Hindu rituals are understood as opposition to the caste system. The possibility of such a strategic move directly helping Savarkar consolidate his idea of Hindutva by visualising all Hindus as one political entity is overlooked. This, alongside the fundamental point that being against casteism does not necessarily mean being against orthodoxy or the varna system, is not deemed significant enough for exploration. Sampath’s reference to Savarkar’s ‘alleged’ atheism is also left unexamined.

Furthermore, in order to underscore Savarkar’s ‘freedom fighter’ attributes of valour and militancy, these are juxtaposed with an oversimplified Gandhian idea of pacifism. Ironically, by deploying a term like ‘pacifism’ to explain Gandhi’s complex thought, Sampath’s documentation, which is presented as ‘self-evident’ in its meaning, robs the book of multiple possibilities for analysing Savarkar as well. This continues in the rest of the book as the detailing of life events comes at the cost of not providing enough critical substance.

We are introduced to Savarkar’s early days and how he found the caste system regressive since childhood. At the same time, we are also told that he started reading Vishnushastri Chiplunkar’s Nibandhamala among other works. Chiplunkar’s emergence marked the rise of a Marathi literary phase which had strong underpinnings of an upper-caste worldview packaged as ‘national consciousness’. There is no attempt to show how Nibandhamala’s position in history as a text that gave rise to a revivalist phase in the Marathi literary renaissance reconciles with Savarkar’s purported opposition to casteism.

Furthermore, we are made to wait until Savarkar is in his mid-twenties to explore how the concept of Hindutva developed. This abrupt introduction to what Hindutva actually entails belies the boasting of Savarkar’s precocious talents in the initial chapters. This raises the question of whether it is historically informed to accept that the basic tenets of Hindutva did not play any significant role in Savarkar’s childhood. Was there a sudden Hindutva epiphany moment in the early 1920s? What were Savarkar’s relations like with Muslims, lower castes and Dalits who may not have agreed with the growth trajectory of his intellectual thought from his childhood days?

These gaps become more pronounced when we are introduced to the readings that influenced Savarkar in his teenage years. Apart from a few local figures, Savarkar is said to have read Italian republicans Giuseppe Mazzini and Giuseppe Garibaldi at the age of sixteen. He also read philosopher Herbert Spencer’s Liberal Utilitarianism and was inspired by English radical writer Thomas Frost’s book Secret Societies of the European Revolution, 1776-1876 (1876). While we do get introduced to these works, it is one thing to document Savarkar’s reading lists and quite another to dissect his comprehension methods and the development of his philosophy. For instance, what impact did reading a local rebel fighter like Vasudev Balwant Phadke, and at the same time reading a more global figure like Frost, have on Savarkar’s development of the arch of Hindutva? In this way, as information supersedes analysis, what ‘revolution’ actually meant for Savarkar eludes us. One example of this is how Sampath refers to secret societies in Ireland and Russia and their impact on Savarkar without unravelling this influence.

What substitutes for the anticipated laborious analysis is an extended graphic and emotional discussion of Savarkar’s sufferings in the notorious Andaman Jail. The jail chronicles effectively brush aside the hitherto dominant historiography (which includes works from scholars like A.G. Noorani, Jyotirmay Sharma, Vinayak Chaturvedi and many others) of how Savarkar capitulated in front of the British government. He first petitioned for release in 1911, following his attempted armed revolt against the Morley-Minto reforms (1909). He made additional petitions up until his final release from Ratnagiri jail in 1924, where he was transferred in 1921. In a bid to present Savarkar’s clemency petitions as an ingenious strategy to ensure his release from jail, the author does not address the conciliatory and timid tone of his petitions at a time when the notion of ‘sacrificing oneself for the nation’ was gaining momentum.

Despite Hindutva being written during Savarkar’s time in jail, Sampath’s focus largely remains on Savarkar’s hardships behind bars. This is only loosely accompanied by hollow comments on how ‘there was not a single book he left unread’ during this time. Again, there is no probing in terms of what transpired from Savarkar’s readings in terms of his eventual generation of thought. This is compounded further when a large section at the end of the book is a collection of essays written by Savarkar, including Savarkar’s views on the need to reform Hinduism, encouraging inter-caste marriages and dismissing cow worship as a superstition. While it is useful to provide these essays to English-language readers, we do not get any insight into Sampath’s views or his interpretation of these intellectual writings of Savarkar.

In the chapter titled ‘Who is a Hindu?’, Sampath alludes to the alienation and separatism among a vast section of Muslims in India as the context for the birth of Hindutva. By outsourcing the birth of Hindutva to ‘the suspicious’, Sampath clearly attempts to humanise Savarkar. Sampath gives examples to support this by showing how Muslims were wary of taking part in the activities of the Indian National Congress. Sir Syed Ahmed Khan, a Muslim reformer of the nineteenth century, is declared as the first proponent of the Two-Nation theory. There is precious little in terms of engaging with Sir Syed Ahmed Khan’s intellectual thought and how he was a vocal proponent of Hindu-Muslim unity. Furthermore, the Muslim League is said to have had actively vitiated communal harmony and the Moplah Rebellion in 1921 is described as a ‘fanatical outbreak’. As with the over-simplified portrayal of Sir Syed’s politics, the author’s discussion of the Hindu-Muslim riots that erupted in Malabar fails to provide  background to how the rebellion was primarily waged against the feudal system and an ailing agrarian economy. It also fails to problematise the role of upper-caste Hindu landlords since the nineteenth century. Instead, Hindutva is ultimately projected as an ‘all-embracing philosophy’, as a phenomenon that focuses on building a unitary identity.

Sampath, in a paradoxical sense, retrieves ownership of Hindutva’s origins from Savarkar and puts the ‘Muslim context’ at the forefront. Savarkar’s case for building a strong, muscular Hindu society is primarily seen, almost always, as a reaction to Muslim aggression. This narrative, more than anything else, saves Savarkar from being castigated as an exacerbator of Hindu-Muslim discord. The book will definitely be helpful for an English reading audience as it does make use of Savarkar’s writings in the vernacular Marathi language, although a systematic study of popular and academic commentaries on Savarkar in Marathi still remains largely underexplored. That said, it remains far from being a definitive account of Hindu nationalism’s pioneering figure.

Surajkumar Thube is a First Year DPhil student at the Faculty of History, University of Oxford. The title of his research project is ‘ Print, Language and Counterpublics: The Marathi Public Sphere in Late Colonial Western India, ca. 1920-1947’. He has previously contributed to Oxford Review of Books, The Book review magazine, Indian Cultural Forum, The Diplomat and Scroll.