The ethnographic monograph is the primary medium for communicating anthropological research. However, its circulation has traditionally been confined to university environments. Professor Daniel Miller highlights the problem for anthropologists who want their research to have an impact that contributes directly to benefitting the populations being studied. Drawing on the experience of a project that has produced a monograph series with over one million downloads globally, this essay outlines key considerations for extending the geographical and demographic audience for the ethnographic monograph.

This essay was originally published on LSE Impact blog.

The paradox of the ethnographic monograph

Anthropology is a global discipline that tries to give voice to the experience and struggles of ordinary people all around the world. Yet, our primary product, the ethnographic monograph, traditionally sold around 600 copies globally. This suggests that its circulation was mainly confined to elite universities. There is clearly then a very considerable disconnect between the populations being studied for research and the populations being educated on the basis of that research.

I passionately believe in the ethnographic monograph. Journal papers simply cannot provide the sense of context and breadth of everyday life, where people don’t live inside one research topic. My research happens to be about online life. But the ethnography is mainly about offline life, the context that explains what happens online.

There has always been a tension in anthropology between who produces research, who consumes it and who is its object. However, while working on two large-scale comparative research projects, I have tried to develop some research dissemination strategies in the hope of increasing the monograph’s impact, so that the populations being studied can also consume and benefit from the findings. 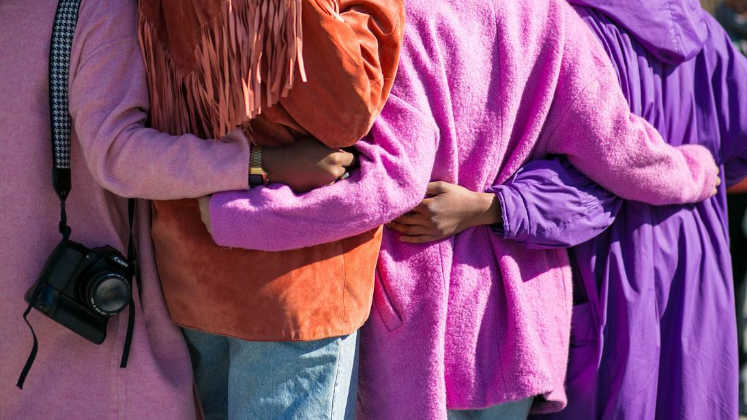 I have been responsible for two large-scale comparative research projects. The current project – ASSA – the Anthropology of Smartphones and Smart Ageing – concerns the use and consequences of smartphones, especially for older people and in respect to health. The prior project, Why We Post, considered the use and consequences of social media. The research teams behind these projects are in some sense global, including researchers from Africa, China, Europe, India, Latin America, North America and West Asia, as are the regions researched.

Topics such as social media and smartphones are of huge popular interest, so there seemed a particular responsibility and also opportunity to return our findings to the same populations that contributed to their creation. 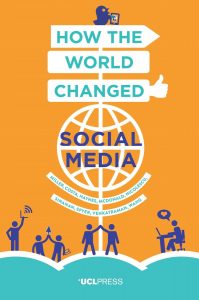 The main result of the Why We Post project was eleven volumes, including nine ethnographic monographs. In July 2020, this book series passed one million downloads. The key point here is not the overall numbers, but their geographical spread, with over 20,000 downloads in the Philippines and Brazil, over 10,000 in Nigeria and Indonesia and over 5,000 from Ethiopia and Hong Kong. For some time, the comparative How the World Changed Social Media and Social Media in Industrial China by Xinyuan Wang were the top Open Access book downloads from JSTOR across all disciplines. This demonstrates that there is an audience both far more extensive and more geographically diverse than may have been appreciated as readers for ethnographic monographs.

Whilst the topics themselves are one reason for the levels of engagement with the research, the success of the project probably lies in the interaction between a whole series of deliberate measures.

The first is undoubtedly Open Access, in this case through UCL Press. The project is a clear example of why open access should be a key political commitment of academics working in privileged institutions and countries.

The second, and equally important measure, was the commitment to accessible English. We tried to only use words that would be familiar to a first-year undergraduate in any subject, not just social science. There was nothing intimidating about our prose, which emphasises stories, clear illustrations and accessibility. In our new series, we are planning to include short videos within the books themselves in addition to still photographs. We are trying to keep these to under three minutes drawing on our research into the way people use videos within self-education.

The third element is translation into the languages of many of the regions where we undertook the research. In the case of India, we published in Hindi and Tamil as well as English.

The fourth element is complementing the book publication with other forms of dissemination. In addition to the books, we are creating free online courses (MOOCs) on the FutureLearn platform. The Why We Post MOOC garnered a strong international audience. In addition, academics from both Russia and Thailand decided to translate and use the MOOC locally. The Russian version has itself been taken by around 9,000 students within Russia. All our work is based on a creative commons license which allows free use within local education programmes. We also created workbooks for schools.

Given that the topic was social media, we made extensive use of the same. We have blogged, often twice a week, for around seven years now, as well as using the main social media platforms to reflect on fieldwork and keep readers up to date with findings: currently the impact of COVID-19, for example through the website anthrocovid.com, to which several of us contributed.

In the current ASSA project, we are also re-thinking the role of theory. Theory tends to fetishism in social science. The expression ‘does your essay have enough theory?’ usually implies including reference to discussions of often quite difficult theorists. Could there be an alternative version of theory that aids the task of global inclusion? We wanted to ensure that social science theory was used to clarify, help understand and explain our empirical findings. The project is developing many original concepts such as the smartphone as The Transportal Home, Perpetual Opportunism and Beyond Anthropomorphism, each of which is illustrated through ethnographic detail that shows how they are differentially manifested in regional situations, which then makes their meaning clear to readers.

It is probably the combination of all these strategies that accounts for the popularity of the publications. Of course, there are esoteric subjects that are best served by necessarily dense journal articles. But we can assume most people want to gain a better understanding of smartphones and their consequences. Such topics can then be used to demonstrate that the ethnographic monograph has a potential popular and global audience. This, in turn, ensures that as anthropologists, we contribute to, positively impact, and don’t just research, global populations.

Note: This article gives the views of the author, and not the position of LSE Review of Books, the LSE Impact Blog, nor of the London School of Economics.

Image of ‘Why We Post’ team provided by the author, Professor Daniel Miller.

Daniel Miller is Professor of Anthropology at University College London and director of the ASSA and the Why We Post projects. Both projects received funding from the European Research Council (ERC) under the European Union’s Horizon 2020 research and innovation programme (grant agreements 295486 and 740472). @Dannyanth