In Theory of the Gimmick: Aesthetic Judgment and Capitalist Form, Sianne Ngai explores a pervasive and relatable aspect of everyday life under late capitalism: the ubiquity of the gimmick as a form that both seduces and repels. Tracing the gimmick through close readings of theory and case studies drawn from literature, art and film, this book is an incredible resource for understanding the relationship between aesthetics and labour in capitalist society, writes Helen Lewandowski. 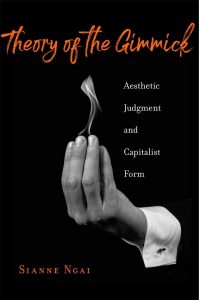 The gimmick — we love to hate it. I myself have encountered it ad infinitum working in the arts, where having a shtick forms an essential part of art’s marketing ploy, whether in the commercial or public sphere. In the years following the 2008 financial crisis, I worked at a contemporary art museum in New York during an exciting time for performance and participatory art. Marina Abramović’s The Artist Is Present (2010) was all the rage. While I was exasperated at the thought of people undertaking hours of marathon-like queueing on top of a pricey ticket to silently face the artist, there is something undeniably seductive about the gimmick.

Like Sianne Ngai’s previous works, Theory of the Gimmick: Aesthetic Judgment and Capitalist Form has tapped into a pervasive and relatable aspect of everyday life under late capitalism. Indeed, initially, Theory of the Gimmick might seem a continuation of her influential Our Aesthetic Categories (2012), which names three categories (zany, cute and interesting) through which we can understand ‘how aesthetic experience has been transformed by the hypercommodified, information-saturated, performance-driven conditions of late capitalism’ (OAC, 1). Yet Ngai takes pains here to establish that, though there are similarities within these terms, the gimmick is neither an extension of the ‘zany’ nor another category to add amongst her others: ‘The gimmick is not its missing fourth category but an undercurrent running through all three — and indeed, all of capitalist culture’ (32). 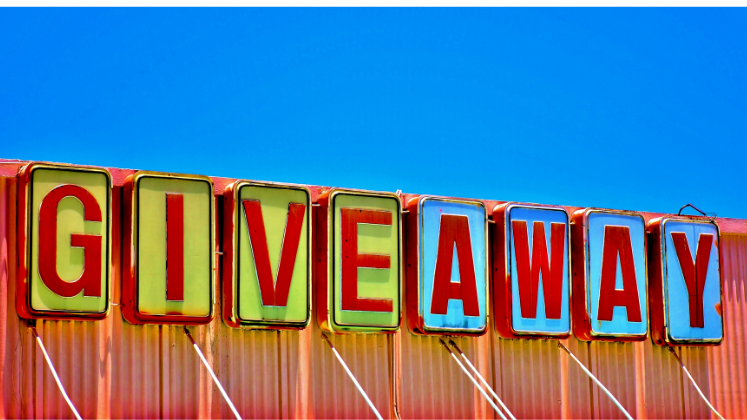 At the heart of the gimmick is a mismatched judgement of labour, time and value compared to the appearance of its form. It uniquely conjures ‘an abstract idea of price’ (5). And, also unlike Ngai’s previous categories, this judgement hinges on the idea that someone else exists who disagrees, who is suckered in by it. The slippery nature of the gimmick, as Ngai outlines in Chapter One, produces myriad contradictory responses and ideas:

The gimmick saves us labor.

The gimmick does not save labor (in fact, it intensifies or even eliminates it).

The gimmick is a device that strikes us as working too hard.

The gimmick is a device that strikes us as working too little. […]

The gimmick makes something about capitalist production transparent.

The gimmick makes something about capitalist production obscure. (72)

Ngai expands our understanding of the gimmick from a byword for ‘rip-off’ to its supposed etymological origins as an anagram of ‘magic’ and general contrivances in both techniques and ideas. This presents a wide breadth of material that could be drawn upon, and the author is clear for the rationale behind the works — largely high culture art forms — that are the core case studies in her book. Although pop cultural references are mentioned in passing with considerable amusement (ranging from Google Glass and Hamburger Helper to the Fyre Festival), Ngai argues that the ‘gimmick haunts art in a more intense way’ due to its ‘equivocal status as capitalist commodity and the uncertain relation of artistic to value-producing labor’ (48). Her examples consist of mostly British and North American literature from the nineteenth to the twenty-first centuries in addition to contemporary art and films. Ngai further highlights works that ‘not only reflect on the gimmick but riskily instrumentalize it in the service of doing so’ (41). These are works that pointedly use contrivances in order to create a particular effect and to purposefully undermine themselves, whether successfully or not.

Ngai’s analysis is most vivid and engaging in her close reading of literature — unsurprising considering her position as a Professor of English. The last chapter on Henry James’s patterns around labour and secrecy presents a convincing link between James’s reliance on female labour and the representation of service in his works. Theory of the Gimmick also benefits from unexpected readings and comparisons — my favourite was Chapter Four’s look at Robert Louis Stevenson’s short story ‘The Bottle Imp’ (1891) and director David Mitchell’s feature film It Follows (2014), both created following financial crisis.

Close readings of Immanuel Kant and Karl Marx also serve to foreground Ngai’s theoretical framework. Her analysis of Kant emphasises that judgement is an act or performance of conveying aesthetic experience. Her application of Marx to labour, the logic of commodity and finance varies from straightforward to dense and poetic: Chapter Five spends time re-examining the translation of ‘congealed’ in describing abstract labour, while Chapter Seven draws a comparison between the vivid colour in the films discussed and Marx’s ‘quip’ that the price of labour is ‘just as irrational as a yellow logarithm’ (182, 226).

As an art historian, I was drawn to Ngai’s discussion of modern and contemporary art. In Chapter Two, which looks at technique, we come across the expected references to Marcel Duchamp and his provocative readymades as well as to contemporary art critics such as John Roberts and his writing on deskilling. Ngai sets up the idea that the relationship between art and criticism have reversed, with criticism preceding art. When this happens, she argues, art becomes ‘fundamentally gimmick-prone: concern about fraudulence becomes essential to its ontology’ (94).

When we get to Chapter Six, however, not all of these ideas follow through. The chapter on Torbjørn Rødland’s photography seems materially different both in style and content from the rest of the book — as it happens, the text originally served as a catalogue essay for Rødland’s touring exhibition, Fifth Honeymoon (2018). While it is well-researched like all of Ngai’s work, it lacks the rigorous analysis the reader has come to expect, handling the subject matter more gently. The link between critic and artist mentioned in Chapter Two isn’t developed here — odd considering the natural connection. The emphasis on judgement, present in other chapters which focus on the reception of the device, is also largely absent. In contrast, the following chapter on artist Stan Douglas’s film Suspiria (2003), which appears to be written especially for this book, builds off Ngai’s Marxist framework in a rewarding and productive way, incorporating the tepid or mixed reception of the work in understanding how it functions. It was a shame, however, not to have any colour illustrations in the book — particularly for the Douglas chapter, as colour itself is discussed at length.

Nevertheless, Sianne Ngai’s Theory of the Gimmick is an incredible resource for understanding the relationship between aesthetics and labour in capitalist society, and it will undoubtedly be a much-consulted book for students and researchers in the humanities. The first half of the book is dedicated primarily to the theory of the gimmick, with the second half more focused on case studies. Most of the chapters in this latter half are self-contained and could be read individually without the first half as they include a summation of the gimmick in each. This could be a bit repetitive, but as the reader is likely to use this as a reference book, consulting the sections which are relevant to their studies, these recaps are also quite useful. At a time when contemporary art seems rife with the gimmick, Ngai helps us to understand why.

Helen Lewandowski is a PhD candidate at The Courtauld Institute of Art. Her work examines changes in photojournalism over the last two decades as the industry integrates visual strategies and distribution once more aligned with art photography and other fields. The development of aesthetic theory and practice in photography is a particular research interest. Outside of her studies, Helen has worked in curatorial roles at museums, galleries and archives in the US and UK.