Book Review: Women in Solitary: Inside the Female Resistance to Apartheid by Shanthini Naidoo

Book Review: Women in Solitary: Inside the Female Resistance to Apartheid by Shanthini Naidoo

In Women in Solitary: Inside the Female Resistance to Apartheid, Shanthini Naidoo offers a new account based around the narratives of four women – Joyce Sikhakhane-Rankin, Shanthie Naidoo, Rita Ndzanga and Nondwe Mankahla – who experienced detention and torture in South Africa in the late 1960s when the regime tried to stage a trial to convict leading anti-apartheid activists. This timely book not only accords the four women and others their place in the history of the struggle for freedom in South Africa, but also weaves their experiences into the historical development of the anti-apartheid movement, writes Tony Trew.

If you are interested in this book review, you may also like to read an LSE RB essay by author Shanthini Naidoo on her decision to change the focus of her Master’s dissertation to uncover the narratives of anti-apartheid women activists in South Africa.

Women in Solitary: Inside the Female Resistance to Apartheid. Shanthini Naidoo. Tafelberg. 2020. 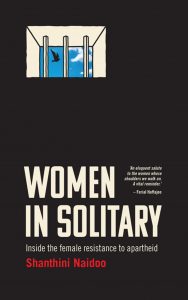 Women in Solitary: Inside the Female Resistance to Apartheid is a timely book – a reminder of a bitter period of struggle too much faded from memory. And it poses some pertinent if uncomfortable questions about unfinished healing.

It is not generalities of social science and summary statistics that bring the issues home in this book, but accounts that four women give of their common experience of detention and torture in South Africa in the late 1960s when the regime tried to stage a trial which would convict some leading activists of the day.

But for the fact that the principal accused was Winnie Mandela, the 1969 trial could have been forgotten along with literally thousands of other trials. Perhaps it is also less remembered because it led not to convictions but to collapse, almost as soon as it started. The security police thought that after more than a year of solitary confinement and torture, some of the women would be ready to act as state witnesses. But when the first two were called in court to do so, they refused and the judge had to end the trial, acquitting everyone. So instead of imprisonment, the ‘accused’ and ‘witnesses’, having defeated the regime in the courtroom, faced lives of further detention, surveillance, petty and vindictive harassment, banning, banishment and exile – and displayed continued resistance until the achievement of democracy in South Africa. 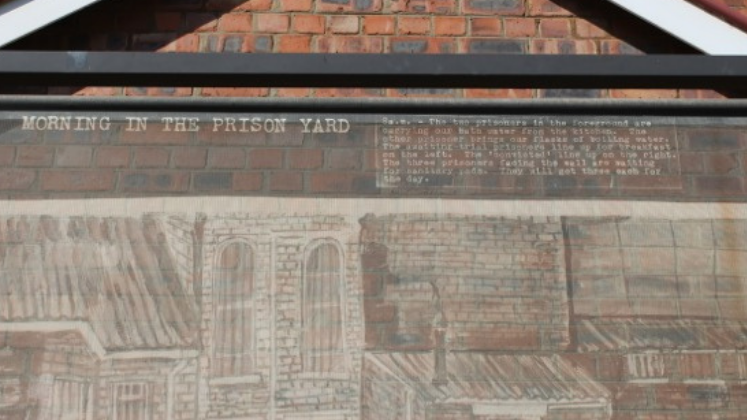 Author Shanthini Naidoo argues – convincingly – that the courtroom victory had pivotal significance in our history. The trial was part of an effort by the regime to snuff out the regrouping of the anti-apartheid movement after the 1963-64 Rivonia Trial. The sustained and vicious effort of the security police to break people so they could get a conviction of key activists testified to the importance they attached to the 1969 trial. Its failure was a setback for them and a victory that helped further resistance.

The narrative of Women in Solitary brings to light the unrelentingly brutal and comprehensive character of the attempt to silence resistance and break the spirit of the activists, both to disrupt organisation and to intimidate communities. At the same time it reflects the comprehensive nature of the resistance. The women fought not only as organisers, recruiters or couriers, but also in solitary confinement, resisting all its deprivations, the taunts by interrogators with false stories about comrades breaking and anxieties about their children. And when they took the fight into the courtroom, they prevailed.

Such events have been written about before, but conveyed in their own words and seen from their isolated yet shared experience of a single moment in the struggle, the women’s stories are brought home in a way that at times is truly painful to read and at other times truly inspiring.

But the book’s concern is not just to accord the four women – and others – their place in the history of the struggle for freedom, or to bring home their bravery. It weaves their experiences into the historical development of the struggle in a way that highlights broader issues.

For one thing, it is a history not just of these particular women in solitary before that specific trial in 1969. Rita Ndzanga comments, ‘This is not my story. It’s the story of all the people who did not accept apartheid, who were fighting apartheid.’ What gives that the ring of truth is that the interviews and the narrative take in not just the experience of these women at the hands of the security police, but also their activism, the seeds of their political consciousness in family history and in the lives of their communities, as well as their lives afterwards and the impact of their experience on their children (and grandchildren).

As the book’s title Women in Solitary signals, the account also draws out the particular ways in which women’s experience of activism and repression differs from that of men, both in terms of the behaviour of the police and of the women’s ties with community, family and children.

The book’s broad timespan underpins the other preoccupation signalled in its title – the psychological effects of sustained solitary confinement and its traumatic legacy. The women’s stories lead to a chapter reflecting on the trauma and its impact when left unhealed. It asks, more broadly, whether, by not attending more consistently to healing the trauma done to a generation by brutal repression, we allow it to contribute to social ills that worry us today. These are difficult questions and contested, but the book mounts a compelling argument that we can’t afford to neglect this issue.

In reminding us of the courage it took to stand in the front line then, Women in Solitary turns our eyes to things that need attention now. And in helping fill a gap in our history, it implicitly flags another gap. All the women in the story lived in city townships and group areas. Harsh as the repression was in urban areas, the book notes that some of the worst things happened in rural areas, in the Bantustans – perhaps this story will summon a writer to tell of those who bore the brunt there.

After a year as a political prisoner for sabotage activities with the African Resistance Movement, Tony Trew spent 25 years in the UK: as student; as lecturer in philosophy and linguistics at the University of East Anglia; and then as head of research at the International Defence and Aid Fund for Southern Africa. On returning to South Africa in 1991, he worked as a researcher for the ANC, coordinating election research; and from 1994 served in government first as head of communication research in the Office of the President and then from 1999 to 2007 in the Government Communication and Information System as Deputy CEO for Strategy and Content Management.

Posted In: Africa and the Middle East | Gender and Sexuality | History | Law and Human Rights | Politics