In Reimagining Liberation: How Black Women Transformed Citizenship in the French Empire, Annette K. Joseph-Gabriel examines the anticolonial work of seven black women – Suzanne Césaire, Jeanne Nardal, Eugénie Éboué-Tell, Jane Vialle, Aoua Kéita, Andrée Blouin and Eslanda Robeson – who created and practised alternative visions of liberation and identity in resisting colonialism and challenging dominant narratives of national belonging in France. Reviewing the book to mark the start of Women’s History Month in March, Lydia Ayame Hiraide welcome this rich and insightful study for not only showing us how black women have reimagined liberation throughout twentieth-century anticolonialism, but also that this spirit of decolonial resistance continues to burn bright. 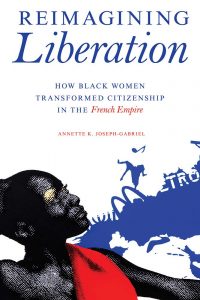 France has long struggled to reckon with issues surrounding racialisation, and the curious absence of black women from French historical narratives is a testament to this general malaise around the nation’s ‘others’. In Reimagining Liberation: How Black Women Transformed Citizenship in the French Empire, Annette K. Joseph-Gabriel speaks back to this erasure by focusing on seven black women’s anticolonial work at a multitude of textual sites. At 190 pages excluding acknowledgements and bibliographic material, it is a relatively short read. Yet, the book is packed with precious historical insight which makes use of archival material hitherto unaddressed by scholars (including personal letters from Suzanne Césaire’s family archive) and insightful political analysis of decolonial practices.

Using a rich range of events and texts, Joseph-Gabriel argues that these women created and practised alternative visions of liberation and identity in resisting colonialism and challenging dominant narratives of national belonging. The book performs an exciting and necessary historical exploration of struggles around French citizenship and identity. This is a tense debate which continues to play out today – a topic well explored in Mame-Fatou Niang and Kaytie Nielsen’s recent documentary on contemporary Afro-French womanhood, Mariannes Noires (2016).

In line with much of the work emerging from French and Modern Languages Studies, this work takes an interdisciplinary approach. Writing with precision and clarity, Joseph-Gabriel provides at once a historical, philosophical, literary and political view of seven black women’s historical anticolonial interventions. The main argument is structured into six principal chapters sandwiched between the introduction and conclusion. Each chapter focuses on one or two of seven black women, all significant political actors in the history of francophone decolonisation.

We are invited to specifically follow the histories of writers and theorists Suzanne Césaire and Jeanne Nardal; Eugénie Éboué-Tell and Jane Vialle, the first black women elected to the French National Assembly; and activists Aoua Kéita, Andrée Blouin and Eslanda Robeson. The dedication of each chapter to one or two women thus breaks down the main thesis about decolonial citizenship into digestible chunks, meaning that if the reader were interested in a particular one of these women, the relevant chapter could be read in isolation without detriment to an understanding of Joseph-Gabriel’s overall argument. However, as she notes in the book, many of these seven women crossed paths in their work. As such, reading them together certainly provides for a fuller picture of twentieth-century anticolonial resistance as a phenomenon of widespread exchange and collaboration.

At the heart of the author’s argument lies an emphasis on the radical potential of what she terms ‘decolonial citizenship’. Joseph-Gabriel describes decolonial citizenship as a complex practice which boldly questions and redraws the boundaries of what it means to belong within and beyond the borders of nation states. It contests the meaning of what it means to belong to a nation (in the book’s case studies, France) whilst challenging border thinking. This latter concern with transnationalism is what enables the perhaps less expected, yet still vibrant and exciting, focus on an African-American woman in the final chapter, scholar and activist Eslanda Robeson. 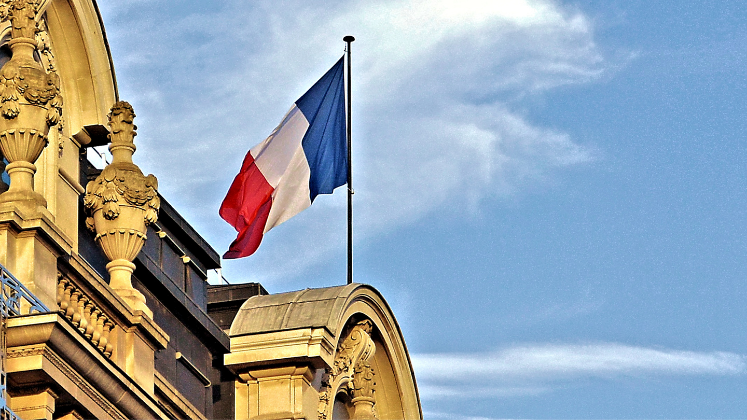 As a central component of decolonial citizenship, transnationalism recurs as a significant theme throughout the book. The work voyages through Algeria, Cameroon, the Central African Republic, the Congo, Sudan and Guyana, amongst other countries, all the while dealing with issues related to France. This attention to excavating the transnational practices of decolonial citizenship is particularly pertinent when recalling the warnings against anticolonial movements resorting to nationalism, raised in the work of figures such as Frantz Fanon. With transnationalism foregrounded, we are invited to contemplate the full geographical extent of black women’s anticolonial practices and imaginaries. And in some ways, this focus beyond borders disrupts dualisms of North/South or metropole/colony, decentring Europe nuancedly without simply turning away from it in totality.

By curating the contributions of as many as seven women, this book allows us to see that decolonial citizenship takes many forms. The text shows us that there are multiple sites at which each of the women’s anticolonial politics converge, and others at which they conflict. We see the complex navigation of anticolonial politics by figures such as politician Eugénie Éboué-Tell and the activist Jane Vialle who, rather than rejecting the idea of Frenchness, sought to ‘stretch, reshape, and ultimately refigure’ (91) French republican ideals to include people like them. Others, like Eslanda Robeson, espoused views which we might see as more radical today as she envisioned a post-colonial identity at greater distance to the former metropoles. Crucially, the broad focus of the book shows us that decolonial citizenship is heterogeneous – as are the black women who practise it themselves. This recognition of difference is made successful in the book’s commitment to placing different political practices alongside each other without subjecting them to inappropriate judgements from a contemporary perspective.

Whilst not the leading contention of the thesis, it is indeed interesting to note the ways that the author carefully brings one of the crown jewels of black feminist concepts, intersectionality, into view in parts of her argument. In the chapter about the various exploits of Jeanne Nardal, Joseph-Gabriel examines one of her short stories published in La Dépêche africaine titled ‘En exile’. The main character of the story, Elisa, is an elderly black woman exiled in France who, in a gendered contrast to dominant society’s representations of black men as violent and menacing, is ‘viewed as curious and exotic, an object to be consumed’ (63). The telling of Elisa’s story thus homes in on the specific ways that oppression under colonialism was simultaneously racial, gendered and socially classed – thus encapsulating the main thrust of intersectionality as a concept.

Joseph-Gabriel describes Nardal’s short story as presenting a ‘Nardalian brand of intersectionality avant la lettre’ (62). Being a theory which has come to be largely associated with the work of African-American scholar Kimberlé Crenshaw in the 1980s and 1990s, it may come as a surprise to some readers to find the term ‘intersectional’ being applied to Nardal’s mid-twentieth-century French-language work. However, by describing her writing in this way, Joseph-Gabriel makes it clear that intersectionality is a wider political posture: a way in which black women have historically analysed and responded to their oppression before the naming of the term. Locating intersectionality within Nardal’s francophone literary work in 1945 in this way, then, makes an important move to push back against some of the narratives in France which reject intersectionality, seeing it as a US import which is inappropriate for the French context.

There is no doubt that Joseph-Gabriel’s debut book enrichens the field of French Studies. The archival insights alone already make it indispensable for those interested in a fuller view of twentieth-century anticolonialism which, unlike the masculine tendencies of dominant accounts, foregrounds women’s concrete contributions. It also finds an interesting place for black women within French history amidst the whiteness of French Studies. Reimagining Liberation not only shows us how black women have reimagined liberation throughout twentieth-century anticolonialism, but also that this spirit of decolonial resistance continues to burn bright, as authors like Joseph-Gabriel insist that we do not forget them.

Lydia Ayame Hiraide is a doctoral researcher in the department of Politics and International Relations at Goldsmiths, University of London. Her PhD research uses an intersectional feminist framework to examine contemporary environmental activism in the UK and in France. She can be found on Twitter at @LydiaHiraide.

Posted In: Europe and Neighbourhoods | Gender and Sexuality | History | Politics