In The Economic History of Colonialism, Leigh Gardner and Tirthankar Roy offer a new historical account of the relationship between economic development and colonialism, showing how diverse processes of colonisation impacted on patterns of economic growth. Seeking to understand the roots of growth as well as poverty and inequality in formerly colonised nations as well as the origins of the environmental challenges we are facing in the current century, this book offers a nuanced study of the economic history of colonialism and its lasting legacies, finds Ritwika Patgiri.

Understanding the Economic Legacy of Colonialism from a Diversity Perspective 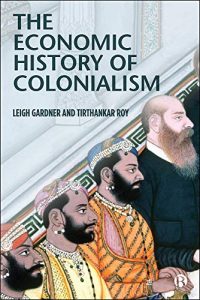 Economic inequality is a reality of the world that we live in today. Many economic historians tend to agree that the root of most of this economic inequality is a path-dependent outcome of many historical processes, European colonialism being one of the most important ones. Leigh Gardner and Tirthankar Roy’s The Economic History of Colonialism is a reminder of the economic impact of this colonial legacy. However, by taking into consideration how the process of colonisation was diverse, they show that it was this diversity rather than the shared colonial legacy that shaped patterns of growth. The book contains ten essays or chapters on various aspects of the economic history of colonialism, starting from understanding the link between colonialism and the emergence of large gaps in terms of per capita incomes between countries.

Two transformations shaped the world – as Europeans conquered 84 per cent of the globe between 1492 and 1960, trade and industrialisation benefitted some regions with sustained growth while others were not at the receiving end of this (1). The book explores the complexity of the colonial process in different regions, leading to different experiences, and suggests that there is no linear narrative of colonial rule and economic change.

The diversity of the experiences of various colonies raises the important question of whether there can be a general account or theory of colonialism. The authors find that there is a general theory of the origins of colonialism which is a combination of European expansion and the local conditions of the regions that were colonised. The book explores four distinct pathways of the origins of colonialism that have emerged as a result of this combination – the political or the militaristic route (this route involved invasion or imposition without definite economic gain in sight, like in the case of Algeria in the early nineteenth century); the commercial path (which can also be called the maritime route, in which merchants had more agency and involved trading partnerships with local merchants and traders rather than outright conquest, like in India from the late eighteenth century); the inland settler pattern (settler-led colonisation or governments with the intention of resettlement like the Portuguese traders and missionaries settling in seventeenth-century southern Africa); and the island settler pattern (plantation societies emerging not as a result of a grand plan, like in the Atlantic and Pacific Oceans).

The book also tries to understand the interconnectedness of globalisation and colonialism. The authors reject the claim that globalisation was a one-sided exchange between the colonies and the colonial power. The book also pays attention to the dynamics of growth and development in the colonies during the colonisation and subsequent decolonisation periods. The book further iterates that colonial states did not merely exploit or benefit from the local population. It is suggested that the interests of colonial governments might not necessarily be antithetical to economic growth in their colonies: ‘Colonialism offered little in the way of political or civil rights to most indigenous inhabitants of the colonies, although there were opportunities of social mobility which may have given some individuals greater political voice than they had under pre-colonial systems, which were in many cases neither democratic nor egalitarian’ (69). Even minimal colonial interventions in education and healthcare played a role in improving the standards of living for at least some sections of the people living in some of the colonies. 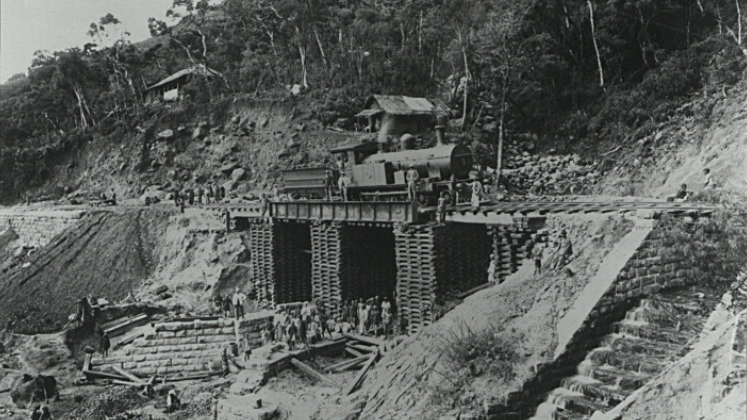 Image Credit: Building of a railway bridge in Sri Lanka (then ‘Ceylon’). Crop of photograph ‘CO 1069-573-22’ from The National Archives UK, No Known Copyright Restrictions

But this did not mean colonialism aimed for the development of all sectors or all sections of society. In fact, most of the time, the consequences of a colonial policy were either unintended or surpassed their intention. The case of railways can be understood in this context. Irrespective of the intent, the construction of railways led to a reduction in transport costs, hence opening up new possibilities for the production of exports in regions that were not previously connected to ports. Railways also contributed to internal market integration in larger colonies like India.

However, the railways, along with the new technologies in transportation and farming, also led to rising unequal access to markets and increased the vulnerabilities of colonial economies. With better transportation and farming technologies, colonies saw opportunities to increase the incomes of both producers of exports and suppliers of food and labour services to exporters. But this growth through trade made these colonies more susceptible to economic reversal when prices fell. For example, when cocoa prices declined in the 1930s, poorer farmers were forced to sell their trees, accelerating inequality in Caribbean island colonies (68). Colonial governments were also uninterested in encouraging development in the manufacturing sector in the colonies.

If the economic benefits and costs of colonialism were mixed, why did these colonies exist? Was it just for the sole purpose of serving power and prestige? Did the possession of colonies repay the cost of maintaining them? It is also noteworthy that apart from the economic costs and benefits, colonialism has also led to social and psychological effects, or the ‘imperial experience’ as termed by A.G. Hopkins (1988, 234), which are often excluded by economic historians. The authors provide no conclusive answers to these questions, but rather explore how the drive to prestige and power did not intentionally aim for a particular consequence. The economic legacies of the colonies remain a product of a combination of colonial policies and indigenous factors.

The book then delves into areas less commonly featured in economic history debates. In most of the previous colonies, it is important to understand the role of colonialism in shaping environmental discourses and policies. Imperial history and environmental history often overlap, leading to a distorted form of environmental history. Approaches like the post-colonial and colonial environmentalism dictate the scholarship in this area. The former maintains that environmental policies of regulation are a form of extending power over indigenous people; according to the latter, state regulations stem from theories of ecological balance and human action can upset this. However, the authors mention that this scholarship remains incomplete as it does not take into account all the regions that witnessed indirect and limited colonial rule.

The book finally concludes with a chapter on decolonisation, which often remains ignored in the economic literature on colonialism. Gardner and Roy have argued that it is not just the ‘high points of colonial rule’ but also the end of the empire that are as much a product of the European expansion of power and policies and indigenous factors. Some regions saw a peaceful transfer of power, while others witnessed conflict as an immediate aftermath of decolonisation. The transfer of power was crucial as it offered opportunities as well as risks, the choice of retaining close ties with imperial businesses or looking to rival powers for trade and commerce.

Along with the historical roots of poverty, growth and inequality in the colonies, the book also attempts to understand the origins of the environmental challenges that many of the emerging countries are facing in the current century. The book gives a nuanced view of how colonial rule was not merely intended as an exploitative tool but was a combination of the empire’s desire for power, the intended or unintended consequences of their policies as well as local factors. While most of the past literature on the economic history of colonialism has looked at the exploitative motive or the policies of the empire in question, this book attempts to provide a new understanding of the process which has had a lasting legacy for the Global South even today.

Ritwika Patgiri is a doctoral student in the Faculty of Economics of the South Asian University, New Delhi. Her research interests lie in rural non-farm sector and rural transformation, gender, political economy and economic history.