In Law and Economy in Colonial India, Tirthankar Roy and Anand V. Swamy explore the origins of British law and its continued legal impediments of the Indian economy today. Reserving high praise for this nuanced book, Peter Robb finds it refreshing to encounter such dispassionate, evidence-based analysis of subjects that are so often treated through polemic. 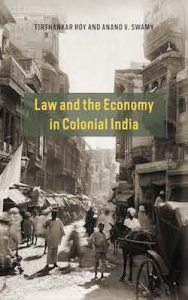 This is a splendid book, both explaining the evolution of much law in British India and tracing the origins of legal impediments of today’s Indian economy. Much has been written about such questions, but never before has there been such a balanced and convincing overview. Five chapters, more than half the book, are about aspects of law relating to landed property; another five discuss, in turn, inheritance, labour, contract, corporate law and legal process. It is refreshing to encounter such dispassionate, evidence-based analysis of subjects that are so often polemical.

The conclusions are many and nuanced. The authors believe the British were often cautious about importing legal innovations, attempted to respect what they understood to be Indian norms and did not design their Indian laws wholly for colonial exploitation. The book traces problems that laws were intended to remedy, and summarises relevant contexts: exemplary accounts, for example, of land-revenue systems, rural credit, the Bengal indigo industry, Assam tea-plantations and managing-agencies. There are original and interesting (if sometimes inconclusive) discussions of case law on, for example, inheritance, business partnerships and civil procedure.

The legal system is variously shown to have grown out of Indian ‘traditions’, recognising custom, according to religious community, but not necessarily conforming with it; to have undermined indigenous systems (especially by favouring public over local and, mostly, community law); to have introduced objective universal rights (not discriminating in favour of Europeans or, I would add, the state); and to have provided new regulation where little had existed (including a hierarchy of courts and precedent, rules of evidence and new legal fields). The system is also described as partial and flawed Westernisation, contributing to current weaknesses such as religious personal laws, restrictive labour regulation, inequities for women, variable and conflicting laws and jurisdictions, slow enforcement of contracts and sclerotic judicial process. 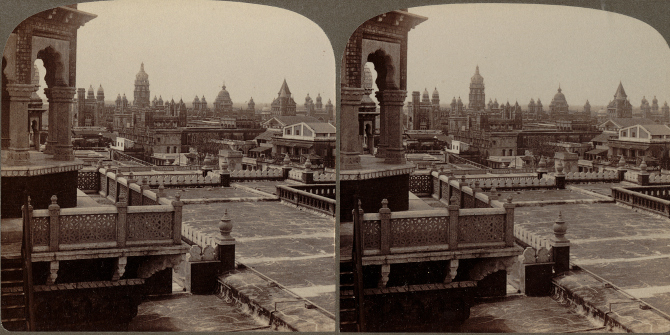 After proposing a typology of land laws that at first seems distinctive, the book outlines familiar regional variants from Bengal’s zamindari (landlord) settlement, through raiyatwari (proprietary-villager) and village-based systems, to the ‘tribal’ codes of the Punjab. The first of these was shaped partly by doctrine but mostly by administrative incapacity. Further interventions assisted landlords to collect rents and later protected tenants; outcomes included expansion of cultivation but also some reduction in landlord investment. The book claims (without specifically substantiating) that private property was ‘valued’ by pre-colonial states; but that British Indian law went further, standardising ownership and inheritance and supporting them with laws and courts – usually thought necessary (though not sufficient) for economic development. However, only revenue-payers were consistently recorded; colonial land laws provided neither clear title nor definitive tenant rights, failings that prompted vast litigation. I would add only that newly-formal ways of expressing and settling disputes did contribute to a well-nigh universal discourse of rights.

The authors claim legal conflicts and problems relating to land transfer and rural credit became worse as land surpluses reduced – presumably, though not explicitly, taking into account greater commercialisation of agriculture. They think legal title was sufficiently robust to facilitate moneylending while reducing socio-political restraints upon lenders; and that British interventions – looking beyond the bond, forbidding ‘non-agriculturist’ lenders from acquiring land, and so on – had some benefits for cultivators, where applied, without unduly curbing the flow of credit. They discuss fraudulent and fictitious transfers of ownership, and are aware that large proportions of lending were between non-agriculturists. Perhaps they might have said more about transfers of agricultural land under the stimulus of market production.

Land transfer, commercial interests and inheritance were greatly affected by a distinction between the collective and individual form of rights, inconsistently applied in British-Indian laws. (‘Form’ is key: in English law, corporations always had rights as individual entities, whereas under Indian custom, as also in some English legal concepts, for example entail, individual rights were qualified by, and often specific to, membership and status within groups, such as the Hindu joint family.) Various colonial laws further defined such rights, including a restriction on European property ownership until 1837, measures from 1842 to protect those who lost caste or changed religion, regulation after 1881 of personal wills (new to India) and, post-1913, formalisation of aspects of Islamic law.

Colonial labour policies ignored abuses in agriculture; largely connived with often-violent management of plantation workers; disciplined those employed under advance-payment contracts; and provided some protection for employees of large factories. The differences reflected government capacity, political choices and vested interests. Factory Acts were a response to international competition and welfare issues, and later to political pressure and organised labour. I would add that, from the late eighteenth century, in India as in Britain, master-and-servant laws were applied to, and labour contracts enforced upon, domestic, public, manual and service workers, on behalf of urban and European employers. Many, more general labour conditions were shaped by India’s long-prevailing deployment of advance-payments and of intermediary controllers (very important; both discussed here), plus the seasonality of rural demand. Sometimes labour shortages ameliorated workers’ conditions (for semi-landless cultivators, say, or, as Aditya Sarkar argued, Bombay factory-workers during plague); but often, as this book suggests, difficulties of recruitment, retention and control produced labour servitude, through caste, violence, debt or penal laws. In notable instances this was encouraged by British legislation. The Workers Breach of Contract Act 1859, for example, was used in tea plantations with a ferocity varying with the cost and difficulty of securing and managing labour.

By the 1870s, after long delay and confusion, India’s rulers knew they had to import a law of contract. Some indigenous usages continued (restricting interest rates, providing for money transfers or relating to joint families), but much Indian custom – laboriously collated in the early-nineteenth century ­– was inappropriate to capitalist activity, not least because its Brahmin exceptionalism was incompatible with objective jurisprudence. Corporate law too was constructed; the limited-liability company became India’s preferred mode of Western-style enterprise. However, company law was ill-suited to the managing agencies, unregulated partnerships and joint-family firms that remained important. Indian commercial law (still problematic today) narrowly followed English principles, leaving major aspects of Indian commerce unregulated.

A chapter on process indicates how central and provincial legislation peaked in the 1880s (long recognised for reform and intervention); how judicial officers multiplied in the early twentieth century; and how litigation grew thirty-fold over 60 years from 1851. Suits under provincial laws were dominated by land cases, the most by far under the 1885 Bengal Tenancy Act. Two-thirds of appeals related to just four Acts, concerned with property transfer, contract, legal limitation and, above all, procedures. The last is perhaps not surprising: procedural grounds are typically cited in attempts to overturn lower-court decisions. The authors suggest it showed how substantive law was incomplete and ambiguous.

This book traces current problems to British-Indian law-making, especially conflicts over land, but relates other difficulties to more recent political, demographic and international influences. Litigation was sadly protracted under the British, delay subsequently aggravated by policies and, too often, supine judges. Neglect of women’s (also, I suggest, Dalit) rights began under the British, and continues despite efforts at reform. Many British Indian laws were unnecessarily complex, another continuing legacy. Postcolonial legislation also pursued different agendas, such as worker protection and centralised state-planning.

Professor Peter Robb is Research Professor of the History of India at SOAS University. He is a Fellow of the Royal Historical Society and of the Royal Asiatic Society, where he is currently a member of Council. He has been chair of the Council of the Society for South Asian Studies and of the British Association for South Asian Studies, and a member of the British Academy’s South Asia panel. 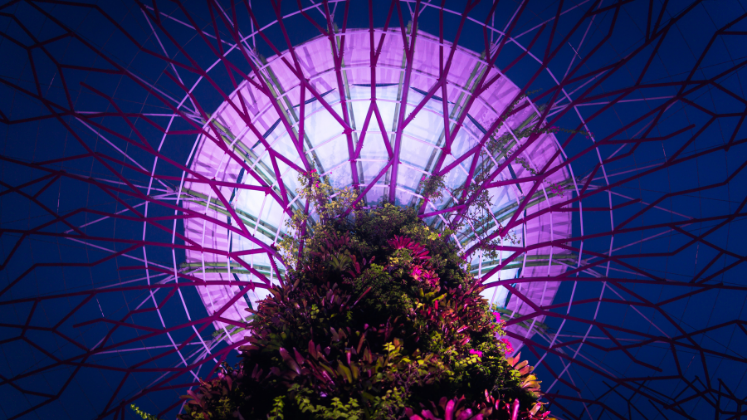