In Malaysian Christians Online: Faith, Experience, and Social Engagement on the Internet, Meng Yoe Tan explores how the internet has provided an environment for Malaysian Christians to articulate personal engagement with the faith. This book stands out as a vivid ethnography of the way cyberspace is mobilised by minority religious groups, writes Roberto Rizzo. 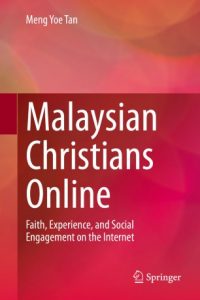 The surge of the internet and of social media platforms after the 1990s has posed new and interesting channels for religion and, for the scholars and observers who study it, unprecedented sites of investigation. The web has expanded the reach of proselytism, but it has also allowed for the exponential growth of lay voices that challenge traditional authorities and theological positions within a given religion. On the level of practice, blogs, streaming platforms and instant messaging apps have redefined the pathways of religious sociality and, importantly, the possibilities for devotional expression. The global COVID-19 pandemic condition has highlighted these trends like never before, as religious communities moved online in most parts of the globe and across the denominational spectrum.

Although conceived in a pre-pandemic world, Meng Yoe Tan’s book, Malaysian Christians Online: Faith, Experience and Social Engagement on the Internet, feels incredibly timely for the broader study of religion in the social sciences. The author investigates the ways in which the internet has provided an environment in which Malaysian Christians could articulate strands of personal engagement with the faith. At the same time, Tan also looks at the intersection between authority and presence online, both from an institutional perspective and from the point of view of everyday religion. The interplay between these two levels of religious experience, online and offline, is one of the most enticing aspects of the book.

Another reason why I consider Malaysian Christians Online a much-needed piece of scholarship is precisely for documenting the lived experiences of a not so well-known religious minority. Christianity has a long history in Malaysia, but it has enjoyed a distinct increase in popularity in recent decades. This has occurred in a Muslim-majority country and in a historical period signposted by identity politics and major intertwinements between Islamic and national institutions. The relative increase in the visibility of Christianity is due partly to a conversion trend among Malaysian-Chinese, partly to the incorporation into the state infrastructure of ‘native’ sections of the population in Eastern Malaysia – the Sabah and Sarawak provinces – regions in which Christian proselytism has been particularly active and that had not subscribed to national Islam as a formal religious affiliation. A smaller segment of Malaysian Christians is composed of individuals who convert or practise in the religious tradition privately for fear of exposure and backlash and whose numbers are difficult to estimate. The anonymity allowed by cyberspace is crucial in such instances and it is captured, although marginally, by the writing of Tan, whose research is predominantly linked to peninsular Malaysia and centred on Malaysian citizens of Chinese background. 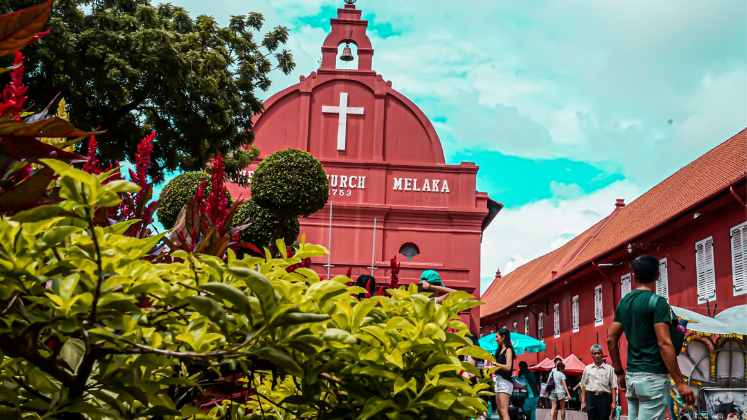 The book proceeds from accounts and perspectives given by individual lay Christians and expands progressively to include those conveyed by institutional characters, such as pastors, and further into the implications for the wider Malaysian society. The section of the book (Chapter Three) dedicated to the individual experiences of spiritual ‘coming of age’ through cyberspace is perhaps its most fascinating. It is also the section that integrates best Tan’s ethnographic work with the analytical framework which the author braids in, particularly the porosity between the online and the offline worlds. The chapter narrates the stories of five research participants who engaged in various ways their faith on the internet. The accounts focus for the major part on the creation of Christian blogs, an important tool for elaborating religious commentaries online in a more extended form compared to chatrooms and messaging groups.

Two stories are especially compelling, those of Matt and Stark, both relating processes of conversion. Matt converted to Christianity as a young adult out of Chinese traditional religion and related two stages in his religious passage. The first conversion was an intellectual one, born ‘out of reading books’, and attending events organised by the Malaysian Evangelical Church. However, what he names his second conversion, which we are led to think is the one that struck a more visceral and definite chord, took place on the occasion of praying for the healing of a friend’s mother. Although the mother eventually passed away, it got him to ponder on the efficacy and the ritual means involved in Christian devotionality. The period in which his second conversion occurred culminated right after that event, as he took on a job in a Christian bookstore. He investigated Christian doctrine in-depth, thus coming full circle in his textualist approach to the faith. Matt started a blog where he posted lengthy sermons in which several theological issues were discussed from his rather inter-denominational point of view. The sermons were later debated in offline discussion groups.

Like Matt, Stark converted to Christianity from Taoism. Her decision was not well received by her family, who opposed not only the conversion itself but also the fact that it was driven by Stark’s romantic engagement with a foreigner. Stark’s spiritual trajectory proceeded hand in hand with the acquaintance of her fiancé-to-be, both originating from online activity. After the initial animosity from the side of her family, a tension she considered as a ‘revenge from the gods of Taoism’, things became smooth when she moved to university in a bigger city. She became a militant blogger, bringing her own testimony and taking critical stances towards ‘unbelievers’. However, the blog remained anonymous throughout, with Stark being especially attentive to keeping it hidden from her parents’ reach, a position that somewhat contrasted with the vehemence of her posts and her militancy.

Stories like Matt’s and Stark’s show clearly what Tan sees as an intrinsic interdependence between the online and the offline. Both stories are the result of developments that stemmed from events and relationships carried out offline (arguments, deaths or life paths) but are indissoluble from the activity linked to cyberspace, either as consumers or producers of online content. This interplay is maintained in the subsequent chapters, Four and Five, in which the focus is shifted to authority and the subjects are pastors and entire parishes active in Kuala Lumpur and other locales of urban Malaysia.

The neat distinction between authority subjects vis-à-vis everyday figures in the structure of the book is understandable on the ground of sorting a large amount of ethnographic data. However, the feeling is that this recurring distinction does not keep the promise evoked in the beginning of the book, in which the author advocated a lived religion approach. That is the idea that the ‘person of knowledge’ and the ‘person on the street’ participate in equal measure in the grassroots evolution of a given religious tradition. If the intention of the author was to foreground the use that Christian institutional bodies make of the online world, an approach more akin to discourse analysis could have provided more interesting insights in that direction.

Another point that runs through the book’s stories but that is not fully developed is the role of physical and class mobility. The vast majority of the ethnographic data in the book shows how participants underwent some degree of spiritual transformation in conjunction with moving away, from one’s family, one’s hometown or economic background, often towards one of Malaysia’s major peninsular cities. While in these cases religious change cannot be attributed to mobility as such, it is worth pausing on the expansive role that mobility entails for the lives of religious subjects, such as those involved in Malaysian Christians Online.

Tan’s book stands out as a vivid ethnography of the way cyberspace is mobilised by minority religious groups, such as Christians in Malaysia. It comes out at a crucial point too, in which the prevalence of the internet invites novel discussions on religious embodiment and the ontology of the numinous. The COVID-19 pandemic has exposed the limits of what was traditionally regarded as a sacred space and the ways religious feeling is assumed to circulate through physical engagement. But the migration of many facets of religious sociality to the online sphere obliges subjects and observers alike to take cyberspace seriously. Tan’s case study contains a number of interesting threads that may help us grapple with the renewed relevance of online religion. In any case, it is a welcome monograph in the study of underrepresented minorities in Southeast Asia which could inspire comparative works in respect to other minoritarian religious communities in the region.

Roberto Rizzo is a doctoral candidate in Cultural Anthropology at the University of Milan – Bicocca, Italy. His research explores the interface between culturalist discourses and religious materiality in Java (Indonesia), with a focus on religious minorities, especially Buddhism. Currently, he is looking into the ramifications of the modernist 'Buddhist revival' in Java through the lens of new materialism, while paying attention to the intercourse with issues such as internal mobility, transnationalism as well as neoliberal imaginaries. 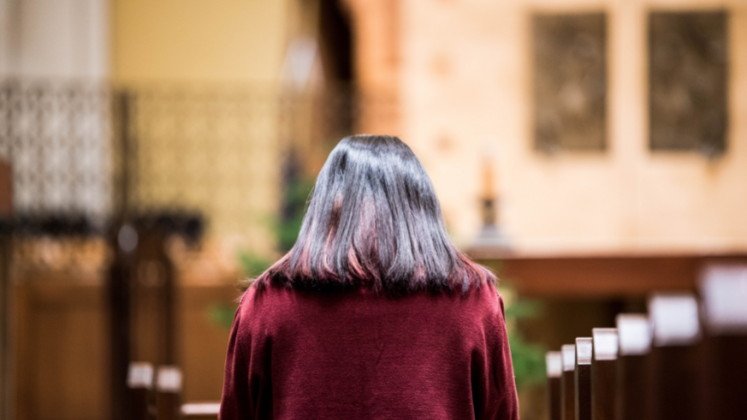