In Our Time is Now: Sex, Race, Class, and Caring for People and Planet, Selma James brings together essays and writings that reflect on collaborative activist practice and span her reflective thinking on a range of themes, including care, anti-capitalism and climate justice. Written in James’s characteristically accessible, whip-smart and defiant voice, this collection is an important resource for anyone interested in organising for social change, recommends Julia Downes. 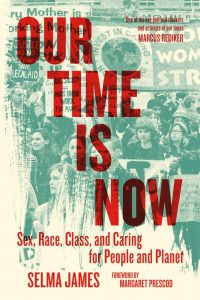 Selma James is most well known as a founder of Wages for Housework, now the Global Women’s Strike, and for her influential political analysis of care and unwaged work, which laid the foundations of what has since become social reproduction theory. As the second volume of collected essays after Sex, Race and Class in 2012, Our Time is Now traces James’s thinking primarily during 2012-20 with some brief returns to 1977 and 1985-90.

There is much to learn from the path that James has walked during her seven decades of organising against poverty and violence. Her enduring commitment to listening to and centring the most marginalised is reflected in the selection of press releases, media articles and comments, speeches, interview extracts, open letters and contributions to books collected in this volume across seven thematic areas. Each piece demonstrates how James’s analysis is embedded in her collaborative activist practice and spans her reflective thinking around care, anti-capitalism and climate justice; leadership, personal ambition and corruption; and political hopes and heartbreaks. Written in her characteristically accessible, whip-smart and defiant voice, with helpful introductions to situate each piece, this collection is an important resource for anyone interested in organising for social change.

I first met Selma James when I was working with Women Against Rape and the Black Women’s Rape Action Project at the Crossroads Women’s Centre. I had followed archival traces of feminist hostility towards Wages for Housework and Women Against Rape and was curious to find out more. During an event held at Crossroads, I asked Selma what was in her ‘shoebox’ (this is a reference to the shoebox method Selma uses to collect her ideas and produce drafts of writing including her first pamphlet in 1952). She grinned at me, told me that I must be a ‘real fan’ and shared her latest thinking with me. The essays brought together in Our Time is Now feel like a warm reminder of these Crossroads moments and James’s openness to bouncing ideas around. Since then, I continue to cross paths with others who have similarly ended up at Crossroads seeking wisdom that can only be gained from lifetimes of building intersectional and global grassroots movements.

Our Time is Now provides evidence of what enduring grassroots organising, which happens outside and alongside more well-known, mainstream and institutionalised feminist organisations, looks like and feels like. It shores up how our entry points shape our subsequent analysis and action. For James, her entry point was what fellow working-class women in her neighbourhood faced as they determined their own lives and how this could be articulated and amplified into collective political demands. The largest section ‘From Wages for Housework to a Care Income (1977-2020)’ illustrates the development of James’s analysis of care as central to the survival of people and the planet. The essay ‘An Income to Care for People and Planet’ (60-77), written with Nina López in the era of COVID-19 and climate catastrophe, expands the centrality of care for people and planet with a refreshed demand for a care income. 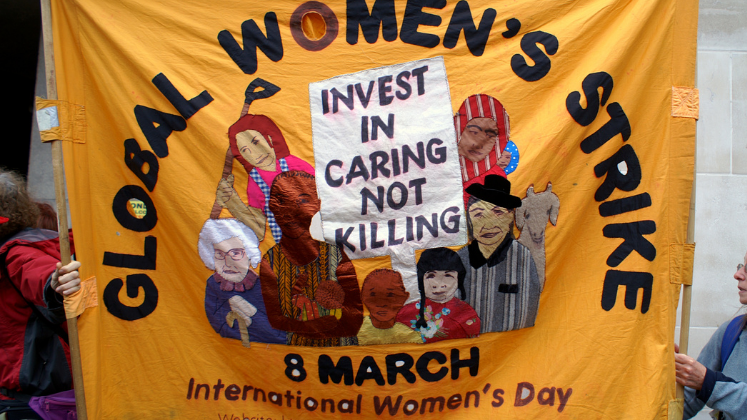 In the 1970s and 1980s the demand for wealth redistribution that underpinned Wages for Housework aimed to equip working-class women with the means to refuse being forced into paid work, resist poverty and escape violence in the home. This was a significant breakaway from the demands of the women’s movement that sought liberation via paid work. This collection does not shy away from acknowledging the divisions in political movements that were too difficult to put in print at the time. For instance, the splits around race and racism in the international Wages for Housework campaign that led the London group to break relations with the Italy group led by Mariarosa Dalla Costa. There is openness about the poor treatment that James withstood from the women’s liberation movement and white middle-class feminist groups for her anti-racist and working-class principles. This, alongside coalitions with international campaigns and her experience as a wife and mother, helps us to understand how and why keeping anti-racism and a wariness of careerism at the heart of her grassroots organising was a hard-won perspective.

For James, whilst victories and losses are significant turning points for movements, these will never outweigh the importance of the organising process. This is most well examined in the essay ‘The Organisational Strategy of Autonomy’ (204-15). In this essay she gives an account of how the collective creation of ways to shore up and address differences in social power between women was crucial in building movement power and refusing the creep of competition, individualism and hierarchy. This approach encompassed the inclusion of lesbians, sex workers and racially minoritised women, who had experienced exclusion from mainstream feminist organisations and campaigns, as autonomous sectors: namely, Wages Due Lesbians, English Collective of Prostitutes, and Black Women for Wages for Housework. She argues passionately for this process, highlighting how autonomous sectors inform and strengthen the whole.

It is from this well-worn legacy that solidarity with trans women springs, as James puts it: ‘being a woman and, worse, the “wrong kind of woman” is again a source of discrimination in all areas of life and of rejection, even by other women. As with lesbianism, racism, sex work and rape in marriage before it, some feminists are hostile, even bitterly hostile, to trans women. Their separatism adds fuel to the male violence against women which they reject for themselves’ (214). There are lessons here for those of us who are entrenched in deep divides rather than solidarities, to reflect on our entry points, our organising processes and our complicity with violence and harm.

Overall, Our Time is Now offers snippets and snapbacks from an activist path that is well-travelled, overflowing with lessons that are just as relevant for grassroots organising now. One inevitable downside of a book comprised of leaflets, speeches and moments in time is that ideas return, which can give a repetitive feel at times. However, Our Time is Now is a book that I continue to dip into to restore my resilience and strength for the struggles ahead. I look forward to seeing what comes out of the shoebox next.

Julia Downes (https://www.open.ac.uk/people/jd23778) is a Senior Lecturer in Criminology at The Open University. Their research focuses on critical investigations of criminal legal system, specialist sector, and community responses to gender-based violence, abuse, and harm. This aims to understand the conditions that underpin violence and abuse as well as grassroots anti-violence strategies that have developed autonomously from state-funded services and criminal legal responses. 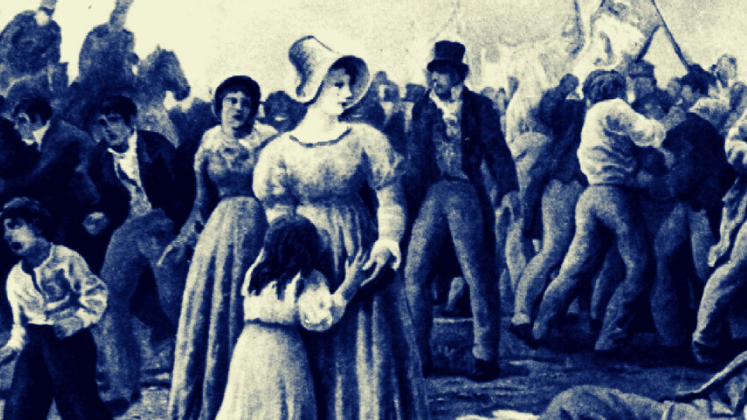