Eponine Howarth (Associate Editor and Qualitative Research Team leader) reflects on a successful year for the LSE Undergraduate Political Review, which led to them sharing their undergraduate research at the ‘Political Science Association Undergraduate Conference’ and the ‘British Conference for Undergraduate Research’.

The Undergraduate Political Review was recently praised in the American Political Science Association’s ‘2018 Undergraduate Research Highlights’, capping an exciting and successful year for the team. This year, the UPR created two research teams to promote qualitative and quantitative research at the undergraduate level. These were independent groups of students under the auspices of the UPR. Each group was composed of five to six team members, including a third year undergraduate ‘team leader’ that would oversee the quality and direction of the research, and divide tasks between individuals. In the Easter break, both teams attended the Political Studies Association Undergraduate Conference in Cardiff and the British Conference for Undergraduate Research in Sheffield, and I was delighted to join the group as a member of the Qualitative Research Team.

Undertaking team research has been a wonderful success. It allowed us to discuss our ideas, rely on one another for support, produce a more robust piece, and alleviate the heavy workload of individual research. Our group was composed of five undergraduates: Ludovico Picciotto (1st year Bsc International Relations), Chloe Liu (1st year BSc. Politics and International Relations), Rory Gillis (2nd year BSc. Politics and Philosophy), Facundo Rodriguez (2nd year BSc. Politics and Philosophy), and myself. Despite being at different stages in our respective degree programmes, we were united by our common interest for political theory, which made us strongly suited to conducting research with qualitative methods.

We decided to embark on a year-long analysis of the Catalan demand for independence from a social contractarian perspective, assessing the legitimacy of secession from the perspectives of Thomas Hobbes, John Locke and Jean-Jacques Rousseau, which would help understand the transfer of rights from the people to the sovereign which binds humans in the political community, and the legitimacy of the authority of the state over individuals.

The opportunities for undergraduate research are often scarce. Therefore, the undergraduate research initiative of the Editor in Chief of the Undergraduate Political Review, Hannah Bailey, has been a fantastic way of getting keen students to use their energy, motivation and passion for the benefit of political science research. We would also like to thank the LSE Department of Government, and Professor Cheryl Schonhardt-Bailey in particular, as well as the PSA for their support in making our trips to the BCUR and the PSA possible.

Editors note: this is an extract from a blog piece written for the Government Department blog. Read the full piece here. 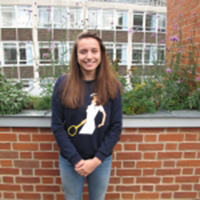 Eponine Howarth is Associate Editor of the LSE Undergraduate Political Review and a 3rd year undergraduate student in BSc Politics and International Relations in the LSE Department of Government.

The LSE Undergraduate Political Review (LSEUPR) is an online platform that aims to encourage and facilitate an engagement in political research and the professional presentation of critical arguments by undergraduate students from universities around the world.

Note: this article gives the views of the author, and not the position of the LSE Undergraduate Political Review, nor that of the London School of Economics.