Cognitive Cobblers: The Problems with Economic Models of Elections and How Psychology Can Help

Cognitive Cobblers: The Problems with Economic Models of Elections and How Psychology Can Help

Have you ever made a mistake? If you answered yes, then like me you’re no doubt aware how common mistakes and their consequences can be. If you said no, well, I want what you’re having before my next exam.

My exam aside though, congratulations! You’re the only person who behaves the way economists model people. In their eyes, people are predictable and perfect. This is clearly wrong, but if economists are so poor at modelling one person, then how could they possibly model an election, which can consist of millions of people? Unsurprisingly, studying how and why countries vote is the focus of hundreds of academic papers, and often their conclusions simply don’t reflect reality. Despite some progress, cutting edge models still rely on an unrealistic view of human behaviour. I’m here to show you how psychology, specifically the concept of social learning, can provide some much-needed insight into the realm of electoral politics.

What do the economists say?

Perhaps the most famous example of economic thinking in electoral politics is provided by Duncan Black (1948). He believed that parties would converge to the ‘average’ voter’s preferred policy during elections because this represented their best chance of winning. Hotelling’s (1929) spatial model of politics is the best way to visualise this and is explained in Figure 1. Here, the average voter would be in the middle of the beach. 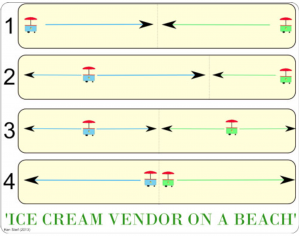 Figure 1: The Hotelling Spatial Model. This model shows that to maximise customers, ice-cream vendors would converge to the middle of the beach. Black later applied this to voters and parties (customers and vendors respectively). In 1, the vendors get equal shares of customers. In 2 as the blue vendor moves closer to the middle, he gets a greater share than green. In 3, green reacts and copies blue, meaning they again get equal shares. This process repeats until 4 when they get to the middle and the vendors cannot improve their share of customers by moving. This process is also why Sainsburys and Tescos are always next to each other!

This model explains the popularity of ‘central parties’, such as the Christian Democrats in Germany or New Labour in Britain. However, recent elections of more extreme candidates such as Donald Trump and Bolsonaro have undermined this view of politics. But why doesn’t this model of elections reflect reality anymore?

Recent papers have modelled consensus out of electoral politics. They do this by showing groups who have been consistently failed by centralist parties (such as workers in the U.S. Rust Belt States in 2016) can turn to new, non-consensus candidates to punish the traditional parties. Buisseret et al (2020). This hypothesis is a robust one, and this blog will not seek to disprove this claim. Instead, it will attempt to provide a more realistic view of human behaviour which, if incorporated into these new models, would make them more convincing. To do this, we will consider the idea of social learning.

What is Social Learning?

Social learning theory states that our behaviour is shaped by the interaction between cognitive and environmental factors Albert Bandura (1977). The ‘environment’ is best understood as the behaviours the learner observes and imitates (Olsson et al, 2020). Social learning is explained in Figure 2 with the Bobo doll experiment. 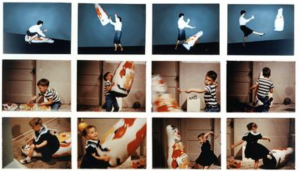 Figure 2: The Bobo doll experiment- The results of this experiment were that children treated the doll the same way that they observed adults treat it. Those who observed more violent adults were themselves more violent, and those who saw less violent adults were themselves less violent. This difference in behaviour among otherwise similar children is explained by the presence of social learning amongst the children.

The short answer is that there is evolutionary benefit to humans having a predisposition to copy others. However, we need to understand the mechanisms behind this behaviour if we are to apply this insight to a new context. Key to this is understanding the Dual Inheritance Theory (Feldman et al, 1981) (Figure 3).

Figure 3: A visual representation of how human genes and human culture play a role in a child’s development- Dual Inheritance Theory states that the evolution of humans relies on the interaction of both genetic and cultural evolutionary forces. While genes are important, the predisposition of children to copy their peers means that culture is also important in the development of children. In the Bobo doll experiment, culture can be thought of as how the doll was treated.

With this in mind, we can reconsider the results from the Bobo doll experiment. Rendell et al (2011) discuss a range of ‘social learning strategies’, or biases, present in humans. A social learning bias is how an individual decides to learn socially. Conformity bias would prioritise copying the majority whereas success-based bias would copy the most successful in society. Lyons et al (2008) show that children tend to copy even adult’s irrelevant actions. This bias to copy without question explains the result of the Bobo experiment and the importance social learning biases have in shaping behaviour.

It is important to remember that Rendell et al (2011) list a host of learning biases, so it is unlikely that a single bias is the driver of social learning and behaviour. We need more evidence that social learning can produce more extreme election results, so let’s see if the nature of social learning itself can help explain this.

Can the nature of social learning explain the popularity of extreme candidates?

As those poor Bobo dolls can attest, sometimes social learning leads to unnecessary, or incorrect actions. Bossan et al. (2015) find that most social learning strategies often lead to more successful long-term solutions, so are selected for under evolutionary processes. However, they also find drawbacks of social learning. Specifically, social learning commonly leads to the adoption of behaviour which can become ‘increasingly detached from the environment’ and ‘exaggerated’. This is mainly because individuals neglect to critically judge new information, preferring instead to rely on the judgement of others. They showed that in the context of stock traders, while socially learnt decisions were often better than individual ones, when they were wrong the magnitude of their mistakes were greater.

How can we use social learning to rethink economist’s models of elections?

The potential for social learning to lead to exaggerated results, as well as the power of social learning to shape behaviour, is a stronger set of evidence to argue social learning can shape elections. To understand how, we’ll revisit the case of Donald Trump. Bursztyn et al. (2020) show how the views of your peers can influence your political opinions (Figure 4). In essence, their result is a social-conformity bias, or a desire to ‘fit in’. 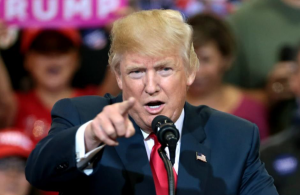 The authors use this to claim that the intensity of Trump’s support compared to Clinton’s meant marginal voters were more likely to vote Trump because of social-conformity bias. As this preference from marginal voters was learnt socially rather than individually, it led to an ‘exaggerated’ election result which culminated in a Trump victory.

We must be careful with our conclusion though. Is social conformity bias the sole reason 63 million voters opted for Trump in 2016? Almost certainly not. In an academic sense, this observation should be used as a tool to critique and adapt current models which attempt to explain the rise in popularity of more extreme candidates.

More importantly though, the takeaway from this blog is relevant to your life every day. Next time you decide who to vote for or whether to go out, ask yourself: Do I really want to make that decision? Or am I just going with the crowd?

The author, William Kavanagh, is a third year student at the LSE Department of Government studying a BSc in Politics and Economics. He also serves as the Academic Director of the LSE Undergraduate Political Review.