Copyright, the future and Brexit – what does it mean for education?

Copyright, the future and Brexit – what does it mean for education? 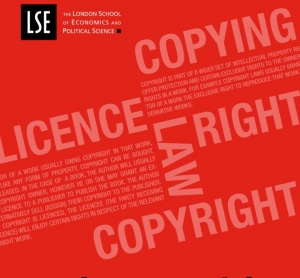 The following post is based on a post published on the UK Copyright Literacy blog by LSE’s Copyright and Digital Literacy Advisor, Jane Secker and Chris Morrison, Copyright and Licensing Compliance Officer at the University of Kent. An edited and abridged version appears below.

I’ve now been to two recent events on the future of copyright in the UK following our exit from the European Union. Whatever your views on Brexit, we can’t deny it will happen but there is much uncertainty about what it means for education and what copyright implications there might be. This is because in recent years much UK copyright legislation has been amended following directives from the European Union. And there are important new changes going through the European Parliament currently on Copyright in the Digital Single Market. On 12 January 2017, the Commission’s proposal was debated by the European Parliament’s Committee on Legal Affairs (JURI). This week EIFL (Electronic Information for Libraries) issued a statement on the need for copyright reform across Europe, supporting the statement issued by five key organisations (including LIBER, and the European Universities Association) on ‘Future-proofing European Research Excellence‘. LIBER are also calling for more change to copyright to give Europe a real opportunity to become a global leader in data-driven innovation and research.

So what does the future hold for copyright in the UK? In October last year I was interested to read this LSE blog post from Professor Alison Harcourt of Exeter University. However, I thought I would share a few thoughts from recent events. Firstly in October last year I attended a meeting at the Intellectual Property Office (IPO) to discuss the copyright implications of Brexit on the higher education sector. Then earlier this week a conference organised by the Journal of Intellectual Property, Law and Practice (JIPLP). Both events were an opportunity to understand more about how important copyright and IP are particularly in the context of international trade but also the increasingly global education offered by the UK. In both meetings all agreed that following Brexit the UK would not have the same relationship with the Court of Justice of the EU, but no one was clear if decisions of this court might be taken into account by English judges. There were references here to important recent cases on issues such as whether hyperlinking is copyright infringement.

However what is clear is that not only does Brexit mean Brexit (and of course we all know exactly what that means) it also means we are unlikely to get a new copyright act in the UK any time soon. This is despite the view of Sir Richard Arnold, British High Court of Justice judge, that we are much in need of one. On Monday he gave us eight reasons why the Copyright Designs and Patents Act 1988 (as amended and revised) was long overdue a major overhaul, technology being his first reason and Brexit being the last. This last reason was a recent addition – for the original list of seven reasons see his Herchel Smith IP lecture from 2014. However he concluded by saying that copyright is unlikely to be a priority for parliament over the next few years.

So in these dark, rather depressing January days is there any light on the horizon? The IPO suggested Brexit might be an opportunity to rethink copyright and make it fit for the UK. The lobbying work of organisations such as EIFL and Communia are hoping to convince Brussels that reforming copyright to support education and research is vital. We would like to think that those within the research and education world might be able to play a significant role in shaping the future of copyright in the UK. But it remains to be seen….

January 24th, 2017|Conferences, copyright, Ed-Tech news and issues, Open Education, Reports & Papers, Teaching & Learning|Comments Off on Copyright, the future and Brexit – what does it mean for education?