There’s an algorithm to success.

There’s an algorithm to success. 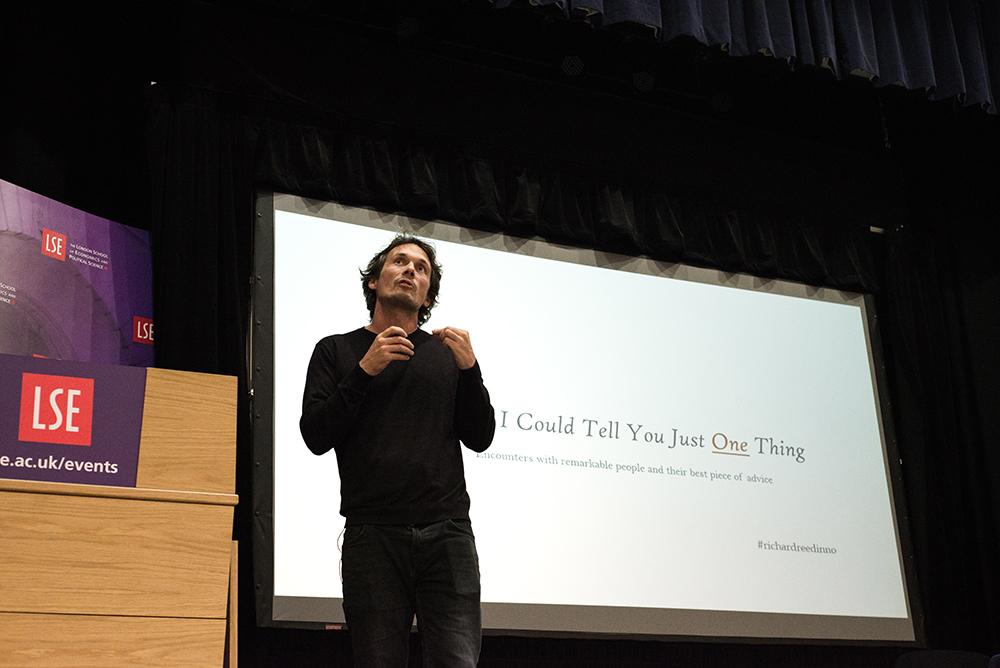 Richard Reed is the co-founder of Innocent Drinks, the Innocent Foundation and Jam Jar Investments, the venture capital firm behind Deliveroo and Songkick. Since the beginning of his career, Richard has recognized the power of advice and it has been his habit, whenever he meets someone, to go and ask them: “If you had one piece of advice to give, what would it be?”.

He gathered all his findings in one book, If I Could Tell You Just One Thing…, which features some of the most successful and singular personalities of our time, from Richard Branson to Eric Schmidt, Andy Murray and Bill Clinton.

Through all those personal stories, Reed has eventually identified a common pattern, a common “algorithm” to success, and was kind enough to share the magic formula with us at a recent Public Lecture in LSE’s Old Theatre. Always wanted to be successful? Today is your lucky day!

As Johnny Ive, the visionary designer of Apple, would say : “Just do one thing. And aim to become best in the world at it”. This advice was also the mantra of Steve Jobs, who would always go to people and ask them: “How many times did you say no today?”, “How many things did you stop doing ?”. Success is about saying no nine out of ten times and yes the one good time. Find the one idea, the one vision you want to accomplish and stay focused.

People: Listen to yourself.

Edna O’Brien puts it in a nutshell: “Never forget what bestirs you”. You will only become good at what you love. So allow some time to tune into yourself and define what truly fulfills you. Once you have it, stick to it, even if this means giving your dad gray hair. It will pay off. O’Brien wanted to be a writer since she was 11 years old, but started her career as a pharmacist, following her family’s wishes. She eventually quit, and went to become the award-winning author we know.

People: Life is a team sport.

To the question “What kept you going ?”, Reed answers immediately: “the people”. He launched Innocent with his two best friends, each of them having a specific, complementary skill to bring to the table. “Even if you are as selfish as I am,” says Reed, “you will come to learn that you benefit from benefiting others, and that you improve your quality of life by improving others’.” Invest time in others, show respect, surround yourself with the people you love, and you will be surprised how often people will give back.

All successful people have one thing in common: they have started. And they have never stopped since. Are you thinking about starting a project ? Do not hesitate for a second. You really have nothing to lose: either the project is successful and it’s great, or it fails and you are only more employable, more experienced, and more likely to succeed the next time. “Make something, physically” says Richard Curtis, the famous director of, among many films, Love Actually. At one point, you need to stop talking and put words into action. Build a prototype, create your website, design your logo. People love to see others be bold and try new things; you will be surprised by the amount of help and support you will receive. Just start and let the magic happen.

Execution: Fake it until you make it.

Michael McIntyre, the famous British comedian, comes on stage in front of hundreds of people every night. And even he admits being self-conscious. “Everyone is unconfident. Don’t wait until you feel confident. Don’t assume you need to feel confident to succeed. Stretch your comfort zone. If you are feeling comfortable, you are doing something wrong”. We always think that successful entrepreneurs were incredibly confident since day one. Turns out, they are just people like you who faked knowing what they were doing until they actually became amazing at it. Reed explains how he used to empty competitors’ bottles, fill them with home-made juice, stick his logo on and present them in front of investors to raise funds. Result? Innocent just overtook Tropicana.

“Always believe that when you apply yourself, you can achieve anything… don’t forget, natural ability will only get you so far, there is no substitute for practice” – Andy Murray. It is not the people that are the most talented or most gifted that make it, it is the people that keep working on improving. So practice religiously until you get there.

Marina Abramovic is a performer famous for always pushing beyond boundaries. Her advice ? “150% is just good enough”. As Murray said, get back to work, accept the pain, and keep on pushing your limits.

“Question everything… If you don’t question things, there’s no knowledge, no learning, no creativity, no freedom of choice, no imagination.” Heston Blumenthal started his career as a visionary chef by asking: “Why is ice cream sweet?”. The only barriers that exist are the ones in your mind. Add the word “Why” to your vocabulary and agree not to take things for granted. Decide yourself what reality should be like.

Luck is probably the main element of the equation, and also a common factor to all successful businesses. The only thing you can do is to be aware that luck can come at any time, and make sure that when it knocks at your door, you do not wait to open it. Anthony Bourdain dropped out of college and admitted to having been through bad times. But when luck presented itself, he recognised it and embraced it. 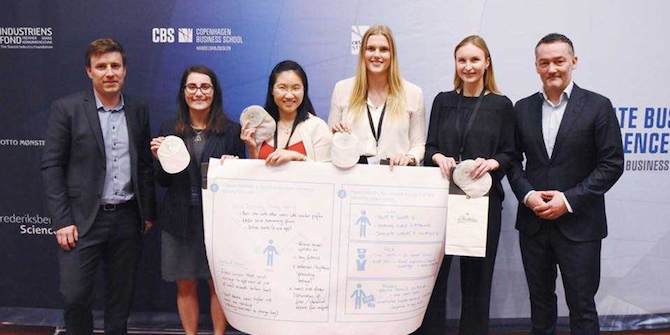 Learning the Nordic Way at the Graduate Business Conference 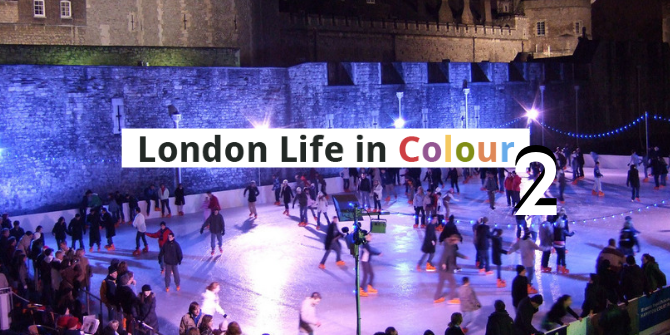 London Life in Colour 2: travelcard tips and sites not to be missed 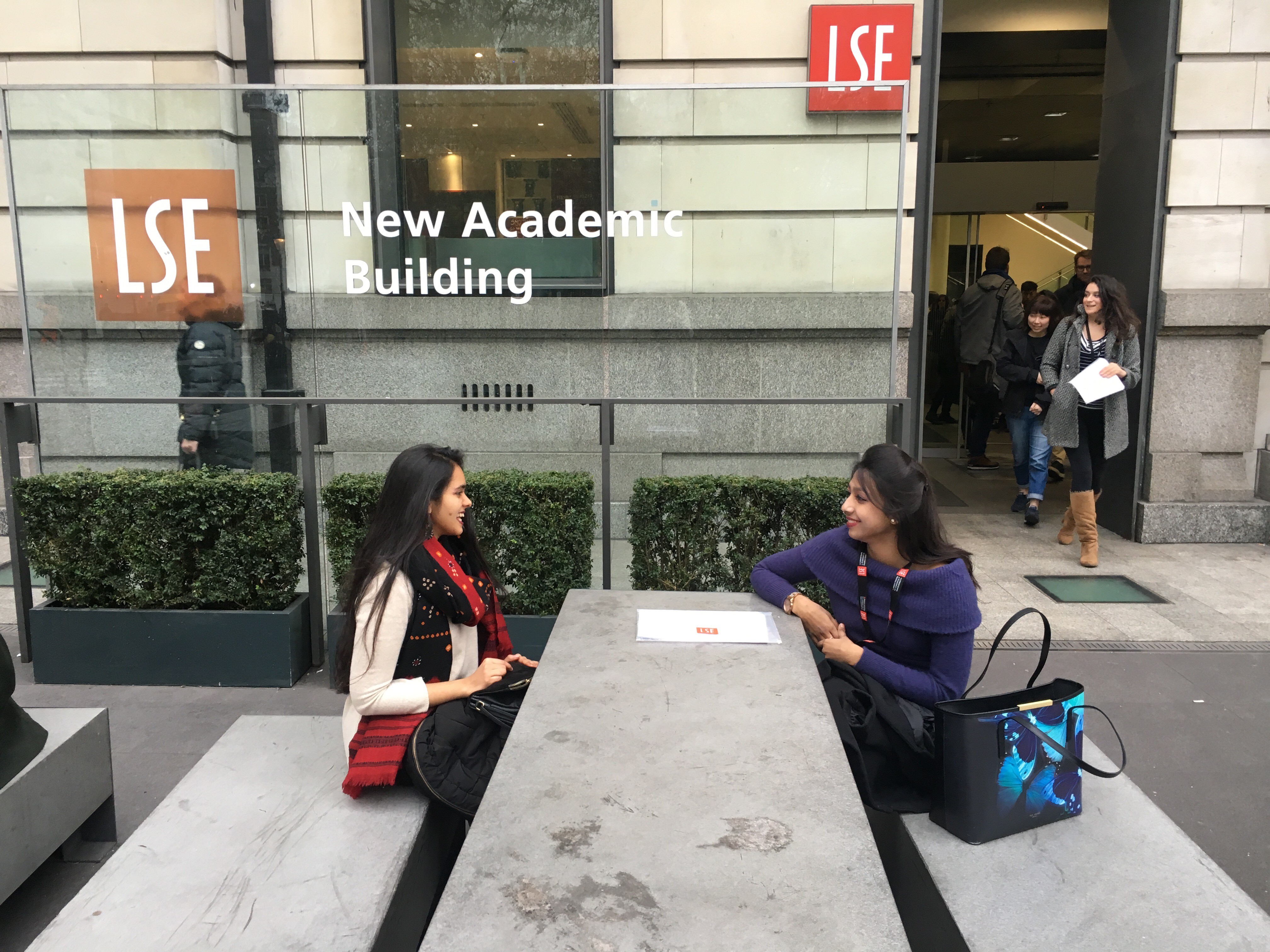 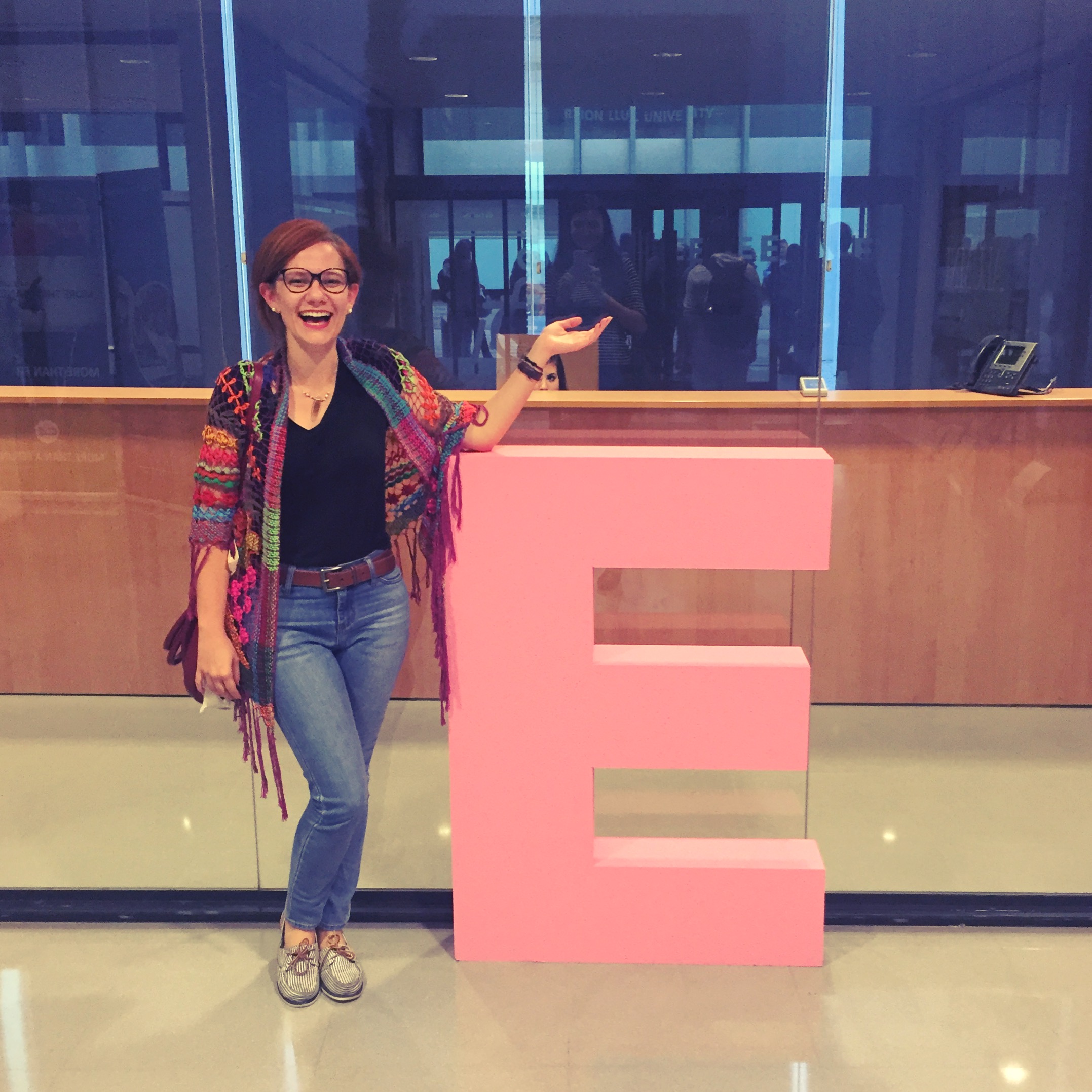