On his tenth trip to the Middle East since taking over as US Secretary of State, beginning January 2, John Kerry was expected to bring Israelis and Palestinians closer to a “Framework” accord.  Such an accord would involve a minimum of acquiescence on core issues, not the “comprehensive” peace treaty that the White House originally envisaged when bilateral talks resumed in July 2012 after a four-year hiatus.  Following nearly a century of strife, Kerry’s declaration last summer that he intended to achieve a peace agreement in nine months seemed at best optimistic and at worst wishful thinking. The religious divides and political crises reshaping the Middle East may heighten the sense of urgency, particularly on Israel’s part, favouring a pre-agreement towards final status negotiations. However, the process is vulnerable to major spoilers, notably thorny domestic politics in the Knesset and Ramallah, and the extent to which the painful compromises necessary for inter-communal reconciliation are made more difficult by questions of historical and religious identity. The Obama administration’s rebranding of the deal attests accurately to this complex reality.

The regional context may be propitious for an agreement, with the tumultuous political and strategic environment in the Middle East making an agreement more urgent for Israel. In particular, the ongoing civil war in Syria and the extent to which it has spilled over the country’s borders, the vulnerability of key Arab regimes to the eruption of social upheaval, and the nuclear deal struck between the US and Iran may embolden Israel in its quest for peace. With Israel’s erstwhile allies either plunged into political turmoil (e.g. Egypt) or adapting their strategic calculations to appease domestic audiences (Turkey), the failure of the current talks would put Israel in an increasingly dangerous position of isolationism. The heightening of Saudi-Iranian antagonism over regional dominance also presents Israel with an inviting opportunity to find common ground with Saudi Arabia in its search for backing from powerful regional actors. This is particularly the case following the signing of an agreement aiming to tame Tehran’s nuclear break-out capability, and amidst Kerry’s softening over Iranian diplomats’ participation in Syrian crisis talks. However, Riyadh will put a premium on the plight of the Palestinians during any pragmatic engagement with Israel. Finally, the deepening Syrian civil war raises the spectre of Hezbollah attacks from southern Lebanon using game-changing missiles transferred from storage locations in Syria.  Despite Israel’s successful interception of suspected weapons transfers en route to Hezbollah in the last year, the longer the deadlock in negotiations with Palestinians persists, the greater the danger that the chaos in Syria may alter the balance of power on Israel’s unstable northern border.

Stumbling blocks on the road to peace

Even if regional dynamics may make the parties more prone to negotiate than in the past, formidable challenges remain on the domestic fronts for both Israel and Palestine. Internal divisions persist over how much ground to cede in any peace negotiation: hardliners remain prominent in Israeli politics, and the divide between the Palestinian Authority and Hamas – the de facto authority in the Gaza strip – has only deepened in recent years. Ramallah may also use its newfound UN credentials as a ‘Non-Member Observer State’ to signal its readiness to unilaterally seek full UN membership as an independent state should the current peace initiative fail, thus effectively pre-empting the breakdown of talks. Negotiators should instead be able to leverage the influence of their supporters such as the EU to press Israel to make concessions. Brussels’ having made the release of €1.5bn in loans to Israel conditional on making the money available only to businesses without links to settlements on Arab land (the Horizon 2020 program) illustrates the potential of this tactic. However, Palestinians’ deep-seated frustration may preclude sufficient internal consensus to effectively pursue this course of action.

The existential nature of the disagreements between the parties is also critical. This is particularly the case, for example, with rival land claims in the West Bank. Resolving these disputes would not only involve establishing the location of permanent borders and how to effectively secure them. It would also require that answers to existential questions (such as the definition of the nations inhabiting these borders) be provided, which are acceptable to both sides. Ultimately, this would mean reconciling two distinct narratives which both assert not only historical ownership of the same land, but also religious and cultural identities deriving from it.

The White House-sponsored shuttle diplomacy is yet to prove that these challenges are not insurmountable. Making both parties signal their willingness to proceed via confidence-building measures is of the essence. Israel, in particular, should agree to halt settlement expansion in the Jordan Valley, East Jerusalem and other strategic areas as well as release further Palestinian prisoners, rather than use prisoner releases as an excuse to endorsing further construction in these zones. Both parties’ commitment to these and other moves can and must be bolstered by awareness that protracting the process is in neither’s interest. The Middle East’s volatile geopolitics and the leverage conferred on Palestine by its UN status (which it lacked in previous peace initiatives) should encourage Mahmoud Abbas and Benjamin Netanyahu to make the talks orchestrated by Washington into a watershed rather than another opportunity for bickering. Yet, as Secretary of State Kerry is well aware, inking a “framework agreement” requires that key domestic stakeholders as well as leaders be brought on board, even if the regional context currently favours an agreement. Above all, any headway towards a comprehensive treaty implies a generational shift in each community towards mutual acceptance and recognition of the other as a legitimate neighbour. A task which is unlikely to be completed in nine months. 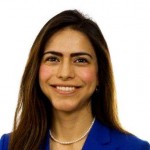 Ivonne Lockhart Smith currently works as an international policy analyst at a law firm in London, UK. She has an MSc in Comparative Politics from the London School of Economics and Political Science. Her academic and policy-oriented experience in the fields of political, security and multilateral affairs includes authorship/co-authorship of a number of publications on human security, the US National Security Strategy, international organisations and democratization. She has also conducted extensive academic research on international security and armed conflicts as well as participated in the drafting of the World Development Report 2011 ‘Conflict, Security and Development’.

The Kurds in Syria During the Crisis: Influences from Turkey