by Will Bartlett, James Ker-Lindsay, Kristian Alexander and Tena Prelec

In recent years, the UAE has emerged as a prominent new actor in the Balkans, both as an aid donor and increasingly as a significant commercial investor. We investigate this phenomenon by exploring the case of the UAE’s commercial investment in Serbia.

The UAE has made great strides in diversifying its economy, and a large proportion of GNP now derives from non-oil sectors. The UAE has also become a leading foreign aid donor and has used its financial resources to gain friends among recipient countries. Foreign aid supports long-term foreign commercial investment, channelling surplus oil revenues through a number of state-owned entities and state-backed private companies. The aim of these foreign investments is to minimise the effects of oil price fluctuations and to create a reservoir of wealth for future generations. By 2015 the total stock of UAE investments abroad reached US$63 billion.

UAE in the Balkans

Aviation. The strategy of state-owned UAE national carrier Etihad has been to create a global network of connecting flights, with Abu Dhabi International airport as the hub. In 2013, Etihad expanded its network by acquiring a 49% stake in the Serbian national carrier JAT, and has restructured the airline under the name Air Serbia. The investment has been successful and has turned the state-owned Belgrade Airport into one of the fastest growing airports in Europe.

Construction. The UAE development company Eagle Hills has begun to invest up to €3 billion in Serbia to build a business, residential and commercial district in Belgrade, transforming a run-down area along the Sava river. The contract to redevelop the 1.8 million square metres site was signed in April 2015. The project includes a vast shopping mall that will be the largest in the Balkans, 5,700 homes, eight hotels and a 200-metre high residential tower. Construction work is expected to create 20,000 jobs.

Agriculture. Food security has become a major foreign policy concern for the UAE. In 2012, the UAE owned Al Dahra Agricultural Company established a joint venture investment with the Serbian Government to develop 9,000 hectares of farmland to produce a range of crops, meat and dairy products. The US$400 million deal, signed in 2013, involves the purchase of eight state-owned agricultural companies, investment in irrigation systems and modern equipment, and running five factories producing animal feed. The UAE Development Fund simultaneously made a loan of US$400 million to Serbia for agricultural development.

Defence. In 2013, the UAE strategic state investment company Mubadala Development signed an agreement with the Serbian government to invest in aerospace manufacturing, telecoms, renewable energy and semiconductors. A cooperation agreement was signed in 2014 to exchange information and defence technologies, train UAE military police and Special Forces in the Military Academy in Serbia, and develop mid-range mortar systems. The first product of this collaboration has been the joint development of the Advanced Light Attack System, a land-based anti-ship cruise missile, under a €200m contract that will pave the way for further cooperation between the two national industries.

What is driving Serbia’s interest in investments from the UAE? Several hypotheses are advanced. Firstly, Serbia may be using the relationship to bolster its EU accession hopes by showing that it has alternative economic options. Secondly, Serbia may be counteracting growing EU concerns over its ties with Russia, demonstrating that it has a variety of non-EU partners in addition to Moscow. Thirdly, critics are concerned that the current government is selling the country to the highest bidder and placing the interests of investors above those of its own people. Fourthly, there are unsubstantiated allegations of corruption, for example over Etihad’s investment in Air Serbia. Fifthly, critics claim that murky political dealings are at play: in 2015 the Serbian Government fast-tracked a passport to a key rival of the President of Palestine in recognition of his role in facilitating links between Serbia and the UAE. Sixthly, there are unsubstantiated claims that the UAE is acting as a proxy for the USA and Israel, and that the deals with Serbia disguise the non-attributable procurement of arms for certain groups in the Middle East.

Recent UAE investments in Serbia have led to increased involvement in key sectors such as transport, construction, agriculture and defence. These sectors are important for UAE’s economic diversification strategy in preparation for the post-oil era, for meeting the aims of food security and military security, and for the extension of UAE’s economic statecraft to the Balkan region. They are also linked to the specificities of the UAE as a rentier state, in which economic diversification supports existing political, economic and social structures that have developed during the transition from a pre-industrial economy to an oil and service economy, bypassing the intermediary stage of industrial economy. The strategy has avoided diversification into domestic small and medium scale industries that would create a new middle class, capable of challenging the entrenched power of the tribal elites. Even where the UAE has developed industrial sectors such as the arms industry, this has been through state-sponsored production under the control of the government; on this basis close relationships have developed with the state-controlled military-industrial complex in Serbia. Thus, UAE foreign policy in the Balkans can be best understood as an extension of a well-rehearsed and rational strategy to seek sustainable post-oil development and in the field of aviation to build on the emerging role of UAE as a nexus state.

From the Serbian side, the UAE investments can be understood within the context of the economic and political transition in Serbia, post-crisis recovery and urban regeneration, and the strong involvement of the state in the governance of the Serbian military-industrial complex. Serbia also has an interest in widening the range of countries from which it receives investments in order to demonstrate to the EU that it has international allies apart from Russia and to increase its bargaining power in EU accession negotiations, while other more covert political and financial motivations cannot be ruled out.

Will Bartlett is Senior Research Fellow at the LSE European Institute. He tweets at @WillBartlett2.

James Ker-Lindsay is Eurobank EFG Senior Research Fellow on the Politics of South East Europe at the LSE European Institute. He tweets at @JamesKerLindsay.

Tena Prelec is Editor of LSE EUROPP – European Politics and Policy. She tweets at @tenaprelec. 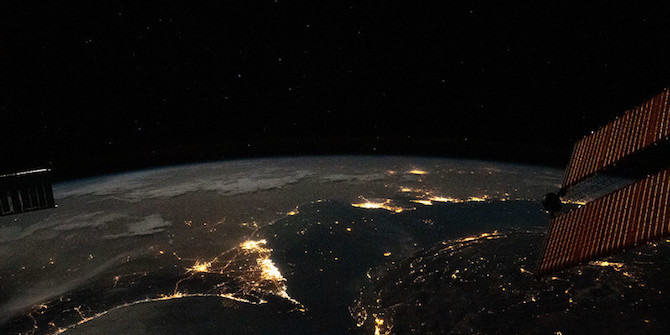 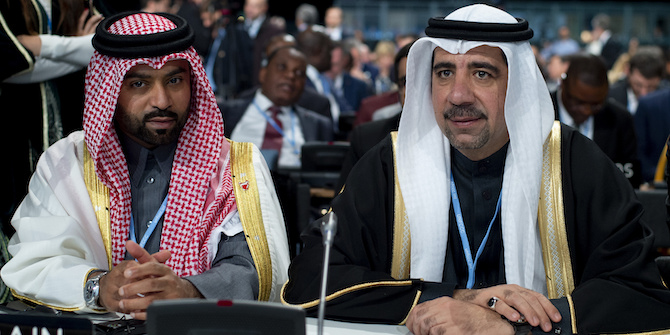