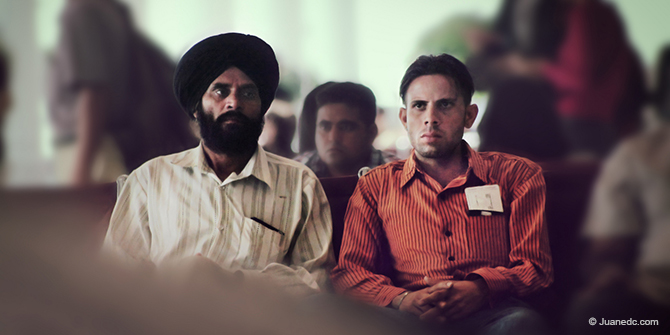 This memo draws heavily on arguments I make in a section of a 2014 article, published in Karen Young (ed.), Challenges to Citizenship in the Middle East and North Africa Region, 2015, LSE. It was presented at a workshop organised by the LSE Middle East Centre and the UAE National Defense College on 12 January 2016.

Contemporary anthropological literature, most notably the work of Aihwa Ong, has grappled with the rise of the neoliberal subject, characterising the embrace of neoliberalism by countries in both the developing and developed worlds alike as governance by exception. By focusing on the so-called neoliberal enclaves in Asia, anthropologists have attempted to find the conditions which allow the neoliberal subject to thrive. Subjects of investigation have included the rise of transnational neoliberal citizen, the relationship of Special Economic Zones (SEZs) to neoliberal citizenship, and the relationship between neoliberal subjectivity and efforts to reform and privatise the public sector. In this piece, I sketch the mechanisms through which the UAE state has embraced elements of neoliberalism, permitting a certain type of neoliberal transnational citizen to thrive, focusing in particular on the legal mechanisms which allow the transnational capitalist class to flourish in the UAE (the individuals I am most interested in here are those individuals described by Standing as the proficient class: globalised individuals who benefit from flexible conditions of employment).

The simplest description of neoliberalism might be the retreat of the state from its assumed primacy in the life of its citizens. I take neoliberalism to be a system of governance which aims to reduce the role of the government in the individual’s life and replace it with private economic actors. Moreover, neoliberalism as a social project aims to reward those actors who are able to transform themselves into appropriate subjects – taking advantage of the increased mobility and opportunities for training offered by the changing economy.

The emergence of neoliberalism as a mode of governance cannot be described as unambiguously positive. As Andrew M. Gardner has shown in his study of Bahrain, the neoliberal state, and most notably its use of the kafala system as a mode of governmentality, can have profoundly dire consequences for those lowest on the employment ladder, who have often paid 1,000s of US dollars in sponsorship fees and gone into debt to obtain employment in the Gulf, and for who the kafala system looks like a system of bonded labour.[1] It is for that reason that states like Bahrain and others have spoken of ending the kafala system, or moving the sponsorship from the individual to the state. However, for those able to profit, neoliberalism is a source of freedom. The emergence of a transnational neoliberal class continues the project: it replaces the citizen wedded to the nation state with the transnational citizen, creating a class of citizens who are long distance nationals of states. Passports become ‘less and less attestations of citizenship, let alone of loyalty to a protective state, than of claims to participate in a labor market’.

My argument here is that the legal system in the UAE has been both developed and interpreted in such a way so as to attract a certain type of transnational neoliberal citizen, who can remain in the country if they are prepared to conform to the demands of neoliberal governmentality, and transform themselves into the appropriate transnational neoliberal subjects. This includes being willing to move in search of greater employment opportunities, to tolerate extended peri­ods of separation from either nuclear or extended families and to obey the laws of their host countries, the system of migration in the UAE permits migrants a great deal of latitude in establishing lives in the UAE (and becoming, in many respects, de facto citizens).

I will suggest that this occurs through four particular legal innovations in the UAE. First, the legal regime of the country has been structured to create geographical enclaves where it is possible to bypass the more restrictive elements of the county’s legal regime covering the ownership of business, residency visas, and the sponsorship of workers. Second, by investing in the UAE, these individuals can acquire visas allowing them to live (often for long periods) in the country. Third, the companies law has been modified to permit limited foreign ownership of corporations. Finally, the kafala system has been modified to permit foreigners to sponsor non-citizens as workers and residents.

First, the UAE, along with other countries in the Gulf, has adopted the practice of using SEZs as a way of encouraging not only investment, but skilled individuals to relocate to the UAE. SEZs serve different purposes in different countries in Asia. In Jordan, for instance, SEZs are designed to permit the export of goods tariff free to the United States. In China, they were designed as areas for the development of export-oriented, often high-tech, corporations which collaborate with foreign investors. In India, they have often been designed to encourage investment by foreign multinationals. Bahrain, often thought off as being behind the other GCC countries in economic innovation, has undertaken to develop the Bahrain Logistics Zone, a freezone for multimodal transport with low taxes and the possibility of complete foreign ownership.

In the UAE, SEZs have been developed to attract investors in certain industries (such as Dubai’s Multi-Commodities Center), to create free-standing legal regimes (as in the Dubai International Financial Center, which creates a common law regime for companies incorporated in the DIFC with its own courts, and the more recent Abu Dhabi Global Market), as well as mixed SEZs, such as the Jebel Ali Free Zones and those located at the airports in Dubai, Sharjah and Abu Dhabi (which attract a mix of companies engaged in manufacturing, shipping, etc.).

Second, Emirati laws have been modified to permit residency for investors. Residence can be purchased on the open market. While the exact mechanisms vary from emirate to emir­ate, ownership of freehold property generally grants the owner and his family the right to a multiple entry visa, effectively granting the owner the right of residency, though not the right to work. This newer regime supplants the older one which granted a right of residency to property owners, under Ministerial Decision 281 of 2009. In general, opening a free zone company will (indirectly at least) permit an individual right of residency.

Third, officially, only citizens enjoy the right to open businesses in the country. Any business in the UAE must have a majority owner who is also an Emirati cit­izen under Federal Law 5/1985. To start a business in Dubai, a businessman must demonstrate the appropriate ownership structure and sufficient capital reserves. However, actual practice differs. In Dubai in particular, as Neha Vora has argued in her book Impossible Citizens, the judicial system allows minority owners to place substantial checks on the powers of (citizen) majority owners of businesses. In free zones, the requirement for local ownership is waived, and expatriate investor may wholly own businesses.

Fourth, under the sponsorship (kafala) system only citizens may sponsor individuals entering the country on work visas. The sponsor (kafeel) takes legal and social responsibility for the worker, signs a certificate with the Ministry of Labour certifying that the worker is actually employed by him/her, pledges to repatriate the worker at the end of the contract, and to notify the Ministry of any changes in employment status. The older system, which may predate independence, already substantially offloads the role of the government in regulating migration and exercising control over its borders onto individual citizens.

However, the right of sponsorship is increasingly purchasable on the open market. Members of the transnational class in the UAE, particularly if they have opened businesses in free zones, are able to sponsor workers as employees, bypassing the traditional requirement that all migrants be sponsored by citizens.

What then I have called the transnational neoliberal class is that subset of migrants who are able to purchase the rights of citizenship on the open market. By investing in the UAE, and by acting as appropriate economic subjects, they are entitled to more or less permanent residency in the UAE. The privileges of citizenship cease to be dispersed by the government but are instead monetised.

Gray is Assistant Professor at the American University of Sharjah (AUS). His current research and teaching focuses on theories of the public sphere and civil society (particularly in the Middle East), critical theory, existentialism, philosophy of law and Western Marxism. 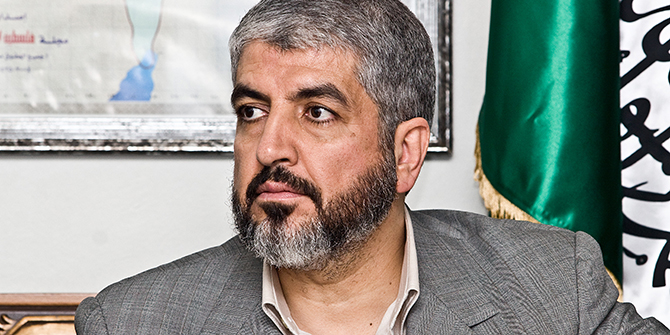 Bad Behavior has blocked 1830 access attempts in the last 7 days.