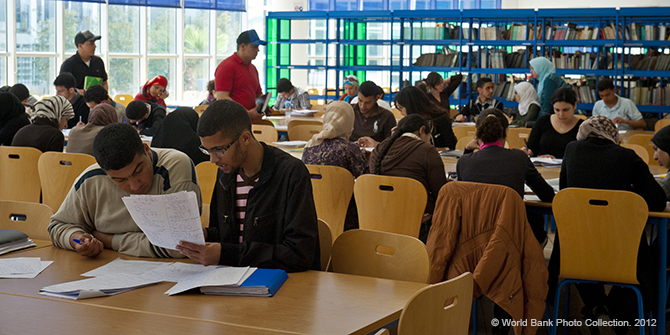 Why do engineers, their nations’ brightest minds and the founding fathers of the Muslim world’s postcolonial states, become the grave diggers of their own creations?

The link between Islamism and engineering is an urban legend that Engineers of Jihad contextualises. The book is essentially a study of the ‘higher education extremists … receive’, using tools of sociology, statistics and psychology. It is co-authored by Diego Gambetta, a social scientist specialising in the Italian Mafia and Steffen Hertog, a political scientist and Arab Gulf expert.

The authors’ expertise, which combines empirical research on violent/criminal groups and a wide knowledge of the region, materialised previously in a joint article published in 2009. Gambetta and Hertog’s book is therefore the result of almost a decade of research. It avoids discussing the Arab Spring, and seems to ignore the ongoing development of Daesh, enabling hence to stand back and look at the general picture.

Engineers of Jihad takes a sample of 497 violent Islamist radicals from Muslim countries, and 344 born or raised in western countries between the 1930s and the years 2000. It is therefore a study of the educational path of almost 850 violent Islamist radicals during the last eight decades. Their numbers are contrasted to those of hundreds of western left and right wing radicals, violent and non-violent. The total data will be posted online soon for researchers.

These results deconstruct a common myth, that of Islamists as poor ignorant masses: 69% of the surveyed Muslim countries’ nationals went to university. ‘The core of the Islamist movement emerged from would-be elites, not from the poor and the dispossessed’ (p.33). The percentage of engineers among them is 44.9%. It is followed by that of Islamic Studies’ scholars, at around 18%, and then by medicine students with 10% (p.11). Scientists represent a tiny percentage, while Humanities’ graduates are absent from the pool (p.16).

The main explanation given to these findings is Relative Deprivation in the Muslim World. Engineers had high expectations when joining their field of study. Passing classes in Engineering depends entirely on the student’s merit – and not connections. The effort is real; the expected reward is thus supreme. So when the graduate is confronted with the reality of un/underemployment, the feeling of injustice is acute, and the rebellious mind awakes.

Engineers were highly regarded in the Islamic societies of the first postcolonial years. But in the 1970s, a socio-economic transformation was taking place in the region, and many young engineers had their expectations crushed. This is even more severe among those coming from disadvantaged families and aspiring for higher social status through education. The authors mention examples of several Muslim countries to corroborate their thesis (Chapter 2). These smart discontent citizens found violent Islamism as the response to the perceived unfairness.

However, when the above results are compared to those of surveyed violent Islamist radicals from the West, Relative Deprivation theory has some flaws.

Relative Deprivation, moreover, can explain why some would revolt but not the ‘type’ of rebellion, i.e. violent or non-violent (p.71). This is where psychological explanations come in.

n checking the presence of engineers among violent and non-violent Islamist groups, the results are surprising: only 38.8% opt for non-violence, while 69.4% take up arms (p.75). Engineers also appear to be more attracted to religious groups – Islamic or other – than graduates from different fields (pp.76–80).

Furthermore, engineers are said to be among those who stay in violent groups the most; they do not defect easily in comparison to militants coming from other disciplines; they genuinely adopt the cause they join (pp.80–3). Actually, and against a preconceived notion, bomb makers are a minority among engineers enrolled in violent groups. Engineers are not ‘recruited’ to make bombs; they join by themselves, for their own reasons (pp.23–8).

By comparing samples from different violent extremist groups globally, the authors reached the following conclusion: there is a high proportion of engineers among violent Islamists and violent (western) extreme right activists, Nazis included, while engineers’ numbers are limited within leftist organisations (Chapters 4 & 5). Nowhere is it better portrayed than in the graph comparing the education backgrounds of fighters from the Palestinian groups Fatah and Hamas: 11.7% of engineers for the first, and 38% for the latter (Figure 3.7).

Where Relative Deprivation theory falters, the authors resort to psychology. They distinguish three traits among violent Islamists and right wing activists: the feeling of disgust, ‘the need for closure’ and the obsession with group distinction. They also find a bias against women within these two groups, and a tendency to simplify when explaining the world’s complexities. Through a series of surveys, alas of limited reach and development, the book concludes that these traits do fit with the personalities of many engineers (Chapter 6).

Engineers often complain from what they consider a systematic castigation connecting them to terrorism. During the March 2016 events in Tunisia’s Ben Guerdane, for instance, the country’s leading engineers’ union had to issue a communiqué condemning a local TV show it considered too harsh towards engineers. Engineers of Jihad is a scientific and quantitative attempt to explain a phenomenon that is often spoken about, but rarely investigated. However, it may raise a few eyebrows among the community in question.

Moreover, many of the engineers-turned violent Islamists reviewed their positions later to adopt a peaceful way of doing politics. These are to be found in large numbers within Muslim Brotherhood inspired groups, be it in Egypt, Tunisia, Morocco and elsewhere. Ennahdha’s Hamadi Jebali for instance, Tunisia’s Prime Minister between 2012 and 2013, spent 15 years in jail for presumed terrorism. He is now a frequent Davos habitué and a member of the Club of Madrid. The case of violent Islamist engineers who revert back to peaceful acts undermines the book’s thesis that portrays them as ‘die hard’ radicals unable to reform.

The book lacks some qualitative aspects, as neither of the authors seem to have spent time speaking to the radicals they have been studying. It also misses today’s rise in violent extremism (embodied by Daesh for example), and tends to formulate generalisations about engineers that may castigate them in their respective societies. The book remains, nevertheless, an essential read for anyone interested in exploring the psyche of violent extremists, and understanding terrorists as individuals rather than groups.

Youssef Cherif is a project manager at the Institute for War and Peace Reporting, dealing with Libya. He is also an expert at the Tunisian Institute for Strategic Studies (ITES), working on Tunisian foreign policy. Prior to that, he consulted for the Arab Institute for Business Managers (IACE, on Tunisian foreign policy), the United Nations (implementing the Post-2015 Agenda in Tunisia), The Carter Center in Tunisia (political affairs), among other organizations. Youssef holds a Chevening MA in International Relations, from the Department of War Studies of King’s College London, and a Fulbright MA in Classical Studies from Columbia University. 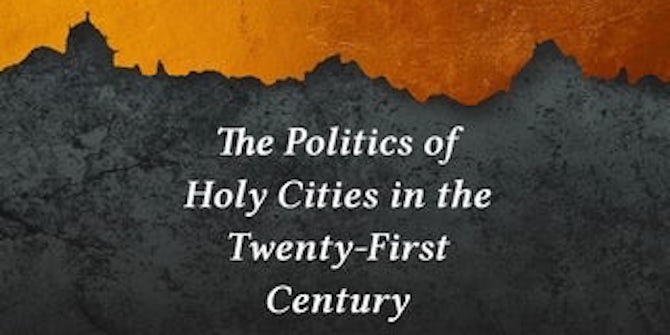