The parties of the KNC (Kurdish National Council) have fallen into the shadow of the PYD (Democratic Union Party) and beyond the sight of mainstream media. The compelling lure of direct democracy, Kurdish heroism, rights and gender equality in the Middle East has created a somewhat blinkered view of Kurdish politics in Syria.

Although their role may appear diminished in the current crisis, the KNC remains relevant, particularly in two fields:

Within Kurdish society, the parties previously held a monopoly over channels of representation for Syrian Kurds within Syria and their core purpose centred on protecting and representing the Kurdish identity of northern Syria against discriminatory policies of the Ba’ath Party. Today that is not so.

The central defining role of the parties during the Ba’ath era, as facilitators of Kurdish culture, mediators and protectors of Kurdish identity has been removed. The withdrawal of the regime and establishment of PYD self-administration have released Kurds from oppressive policies and laws that the Ba’ath had imposed on them. These laws and policies still exist, but cannot be applied within Kurdish controlled areas at present. Therefore, although Kurds still do not have rights guaranteed by the state, the Kurdish ethnic identity is not actively suppressed within Kurdish areas of Syria.

The attachment of the PYD administration to the ideology of Abdullah Öcalan and its implementation of a social revolution has however, rendered KNC parties illegal once again and has restricted their activities within Kurdish areas. Reports of raids on offices of KNC parties, arrests of activists and blocking protests demonstrate explicitly some of the shortfalls in democracy in the PYD system.

Despite the restrictions on them and their somewhat weak support base, the KNC parties take on a role as opposition to the domination of the PYD over decision-making and social organisation in Kurdish areas of Syria. Their illegality under the Administration continues to limit and shape their politics. Their activities within Kurdish areas face regular confrontation by the PYD. Likewise, exclusion of these parties denies them political capital gained from martyrdom and sacrifice.

The KNC parties’ role within the Syrian opposition has not changed dramatically, although they now have a legal and internationally recognised political platform. They have also reorganised around different objectives than they held under the Ba’ath. Whilst still struggling to manage relations with the Arab nationalist and Islamist voices in the opposition and to ensure that Kurds are represented within national bodies and that Kurdish demands are recognised, their role is defined more by negotiating a future settlement on the status of Kurdish areas with the rest of the Syrian opposition and the international community.

However, the KNC’s position within the SNC (Syrian National Council) is far from comfortable. Lack of representation of Kurds within the new interim government formed in July 2016 has led KNC parties to threaten to leave the coalition.

By working within it, the KNC has internationalised its role and added legitimacy to its political platform. The KNC has been able to expand its demands from national and human rights and democratic reform, to include federalism for Kurdish areas as well as constitutional recognition of the Kurdish national identity. The SNC and the Syrian regime continue to oppose federalism. A central part of the KNC’s role in the current crisis has been maintaining diplomatic pressure to achieve a binding international agreement on the Kurdish issue that will grant Kurds political as well as administrative decentralisation.

Like the KNC, the Arab opposition does not recognise the PYD administration or its announcement of federalism. However, the KNC has indicated that if no agreement on a federal solution is found within the SNC that the Kurdish groups will have to unite to protect self-rule. It is possible that continued rejection of political decentralisation by the SNC will facilitate an agreement between the PYD/Tev-Dem and the KNC. However, it is difficult to see how the KNC parties can reach any balance with the PYD which would be acceptable to both sides, and equally on what grounds would the SNC or regime agree to political decentralisation.

The KNC parties still have a significant role to play both within Kurdish areas and throughout Syria. Although their position as the weaker party in relations with the PYD and with the SNC has affected their ability to gain concessions, their presence and role amplifies the importance of the Kurds to the development of democracy representative of all sectors of society in Kurdish areas and in Syria as a whole.

The continuation of hostilities in Syria and the mandate that this gives to the PYD to dominate Kurdish areas prevents meaningful political processes or dialogue within Kurdish areas. Likewise, under-representation of the Kurds within the SNC weakens the KNC on the local and national levels and prevents the KNC from gaining the political capital necessary to balance the PYD.   However, their more active role in opposition to the PYD and internationally may gain them more popular support in Syria and increase their leverage on the ground.

Harriet Allsopp is a Freelance Researcher focusing on Kurdish political parties in Syria. She is the author of The Kurds of Syria: Political Parties and Identity in the Middle East (I. B. Tauris, 2014). She tweets at @HarrietAllsopp. 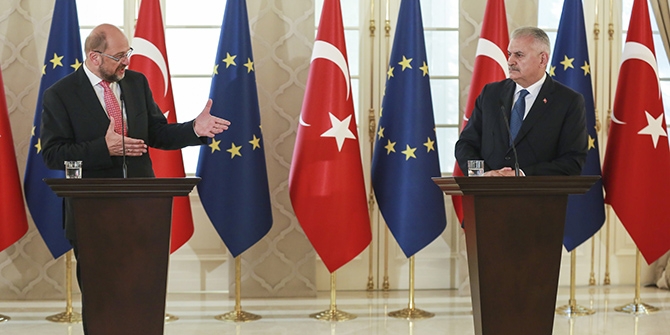 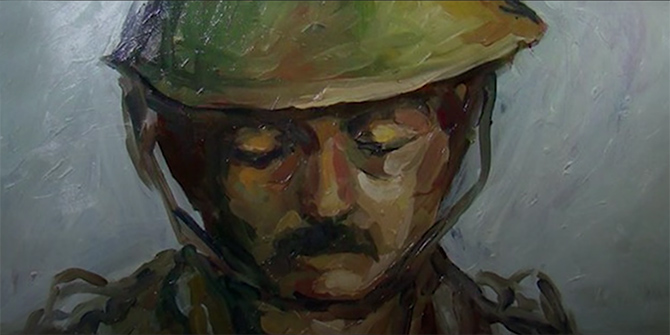 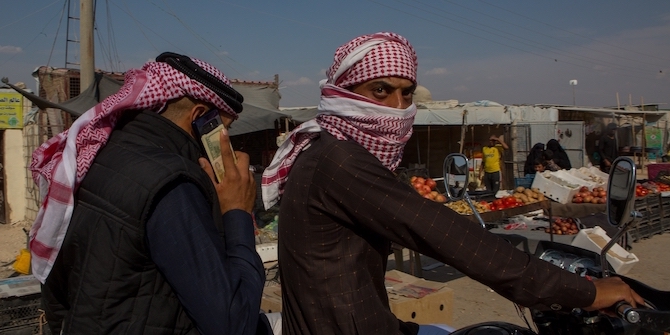 Will COVID-19 Fuel or Deescalate the Conflict in Syria?

Bad Behavior has blocked 1416 access attempts in the last 7 days.