Similar to other governments in the region, the Syrian regime regarded the issue of Kurdish nationalism as a threat to internal stability. After offering sanctuary to the PKK (Kurdistan Workers’ Party) during the 1980s and 1990s, Hafez al-Assad succumbed to Turkish demands in 1999 to eject Abdullah Ocalan from Syrian territory, leading to his incarceration in Turkey.

The PYD (Democratic Union Party) emerged as a Syrian Kurdish party in 2003, which is illegal under Ba’athist one party rule. Syrian security saw in it a mere restructuring of old PKK members under a more localised leadership. The PYD joined a multitude of small Kurdish parties in Syria that worked underground to demand improved rights for the Kurdish minority.

A year later, events in Qamishli presented a real challenge to the Syrian regime when security services killed Kurdish football supporters. This provoked Kurdish protests, riots and fatal clashes with Syrian security in scenes forewarning of the general Syrian uprising of 2011. The state’s response was brutal and following 2004, Syrian intelligence ran back channels to Kurdish political figures to keep a lid on dissent.

Those channels were then called upon in the early days of the Syrian uprising, and Bashar al-Assad tried to ease tensions with the Kurds by granting Syrian citizenship to thousands of stateless Kurds. But his calls to Kurdish leaders to show solidarity with the central government failed.

The two Kurdish factions initially agreed to work together, and in 2012, faced with pressures elsewhere in the country, al-Assad pulled Syrian government troops from some Kurdish areas following skirmishes, and agreed to restrict the Syrian government’s presence to a small security zone in Qamishli. Rojava then became controlled by Asayish (police) and YPG (People’s Protection Units) forces. By 2013, Kurdish security institutions were dominated by the PYD following internal Kurdish strife and the eclipse of the KNC (Kurdish National Council).

The level of coordination between the Syrian regime and Kurdish forces increased as both came under attack from militant Islamist groups. As both sides absorbed the initial shock, they then regained territory with the aid of Russian and Western coalition forces. They were both desperately fighting for survival, so they set their underlying mutual hostility aside as they fought the so-called caliphate.

At this point, there was a noticeable divergence in views towards the Kurds in Damascus, pitting a hardline old guard that still saw a threat in Kurdish autonomy and self-governance, and a post-war grouping of politicians and actors that appreciated the importance of decentralisation in military terms and for Syria’s stability.

The relationship at the moment remains dictated by mutual survival, and is more defined by a de facto détente than a more formal and cohesive agreement.

The accommodation between the regime and the PYD allowed Rojava to benefit from continued regime transfers of salaries and provisions of services. Tacit agreements that guaranteed the maintenance of the regime’s presence, influence, and the reach of the central state seem to be encouraged by those in Damascus arguing for even more decentralisation. They are equally perceived as gains by the Kurds and seen as a sign of the weakening of the government vis-à-vis the local administration.

However, in other instances it becomes clearer that the shaky co-existence of the two sides is dependent on leniency from Damascus owing to military realities on the ground. While restricted to the top leadership of both sides, the ‘forced’ negotiations and agreements sometimes emerged in public in the wake of direct confrontations between the two sides, such as the clashes in Qamishli in April 2016. Those lines of communication seem to be activated whenever a confrontation between the two sides is imminent.

While paying little heed to political developments in Rojava, such as the declaration of a federation, military developments continue to shape much of the relationship between Rojava and the Syrian regime. This is especially so in the context of the ‘Race to Raqqa’ that has shaped much of 2016, in which US-supported groups are competing with the Russian-backed Syrian army and paramilitary forces to be the first to capture the capital city of IS (Islamic State).

The exclusion of the PYD from internationally brokered peace talks has benefited the regime and given it more leeway in the ongoing tug of war with the Kurdish local administration. Critically, the Turkish and Kurdistan Regional Government restrictions on Rojava have also pushed the PYD into a weaker position vis-à-vis the Syrian regime. So while there are elements in Damascus with whom the Rojava administration could negotiate to obtain recognition of its decentralised model, that window seems to be shrinking in the absence of international efforts to secure an inclusive settlement in the country. The relationship at the moment remains dictated by mutual survival, and is more defined by a de facto détente than a more formal and cohesive agreement.

Ghadi Sary is Academy Asfari Fellow at Chatham House, Middle East and North Africa Programme. Before joining Chatham House in September 2015, Ghadi was working as a BBC News producer in the Middle East since January 2011, covering the conflict in Syria and the spread of ISIS in Iraq. Ghadi tweets at @saryghadi. 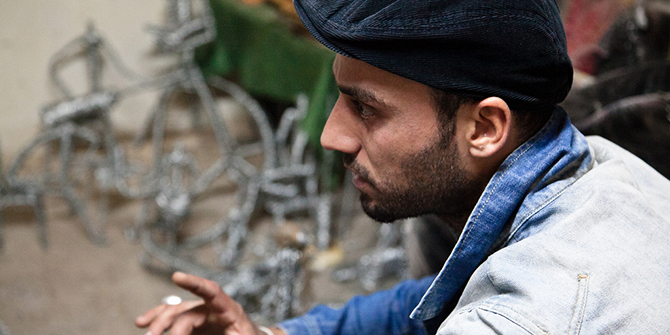 Book Review – ‘Assad or we Burn the Country: How One Family’s Lust for Power Destroyed Syria’ by Sam Dagher

Bad Behavior has blocked 3562 access attempts in the last 7 days.